Of all the truths prevalent in the software testing world, one of the most hard-hitting is that tests sometimes fail. And when that happens, the usual knee-jerk reaction is to simply share the results with the development team and then get ready to rerun it once the build has been fixed.

While, on the one hand, this may sound reasonable as the development team usually bears the responsibility of fixing any defects and the test team exists to rubber stamp these results, there is much more than a competent QA team can do than merely record test results and alert the developers of an issue.

Performing test failure analysis can not only help QA engineers provide valuable insights into the nature of the defect, which helps in speedier build fixes but also can help the test team set forth a body of knowledge that helps make testing operations smoother.

What is Test Failure Analysis, and how does it work

Test Failure Analysis can be described as the process in which a failed test is dissected to understand what went wrong. The QA team inspects the failed test through the prism of Root Cause Analysis, Dashboards, Debugging toolkit reports, etc., and attempts to identify the exact reasons behind the failure so that it can be prevented from occurring again.

Also Read: How to perform Root Cause Analysis and Debugging in Visual Regression Tests

It is vital to understand that testing can sometimes be considered a bottleneck in a standard DevOps process. If not optimized for speed and accuracy, it can often be considered tedious and unnecessarily repetitive.

The best way to overcome this is, in fact, not by needlessly speeding up the process but by providing fast and accurate feedback so that these “delays” can be periods of reflection and growth rather than just wait time.

A good test report should ideally be able to provide clear insights into the test performance by sifting through voluminous results and distinguish between “noise” caused by superfluous bugs and “real defects.”

A major hindrance in the path of rapid product release is the lag in defect resolution arising out of suboptimal communication between developers and testers. Oftentimes a bug is identified by the latter team, which cannot be reproduced by the former.

The industry is rife with these “Urban Legends,” which are known apocryphally to exist but have prevented the guillotine due to not being reproducible at scale.

In such circumstances, it is important to have debugging tools that can support Test Failure Analysis and be actionable across different system configurations, and allow for effective defect identification, reporting, and subsequent defect resolution.

Read More: How to write an Effective Bug Report

Pro Tip: BrowserStack allows you to easily verify, debug, and fix different issues ranging from UI functionality and usability to performance and network consumption. It allows the embedding of the test, video, console, and network logs to facilitate smooth test failure analysis and allows for easy reporting through Slack, JIRA, etc., for defect tracking and resolution.

Root Cause Analysis is a core feature of Test Failure Analysis. It is especially important in highly sensitive test methodologies lie Visual Testing, where the exact differentiation from the expected outcome must be understood in detail for the fix to take place.

Percy is an intelligent tool that provides an automated way of detecting UI changes with Visual Regression Testing.

After the tests are run, the Pull Request for the failed build can be opened, and the details for the failed Percy step can be checked as shown below:

The details option will highlight the changes in the failed build The difference between the baseline and the snapshot in question is highlighted in RED as seen below.

Now, it becomes relatively straightforward for any stakeholder to understand exactly why the test has failed using the Github details data as well as the visual evidence and use the results of this test failure analysis piece to drive the changes required to rectify it.

Tools like Browserstack Automate provide detailed dashboards that allow senior management to get a birds-eye view of the builds and the test sessions with clear status labeling on the outcome of each test for that build. 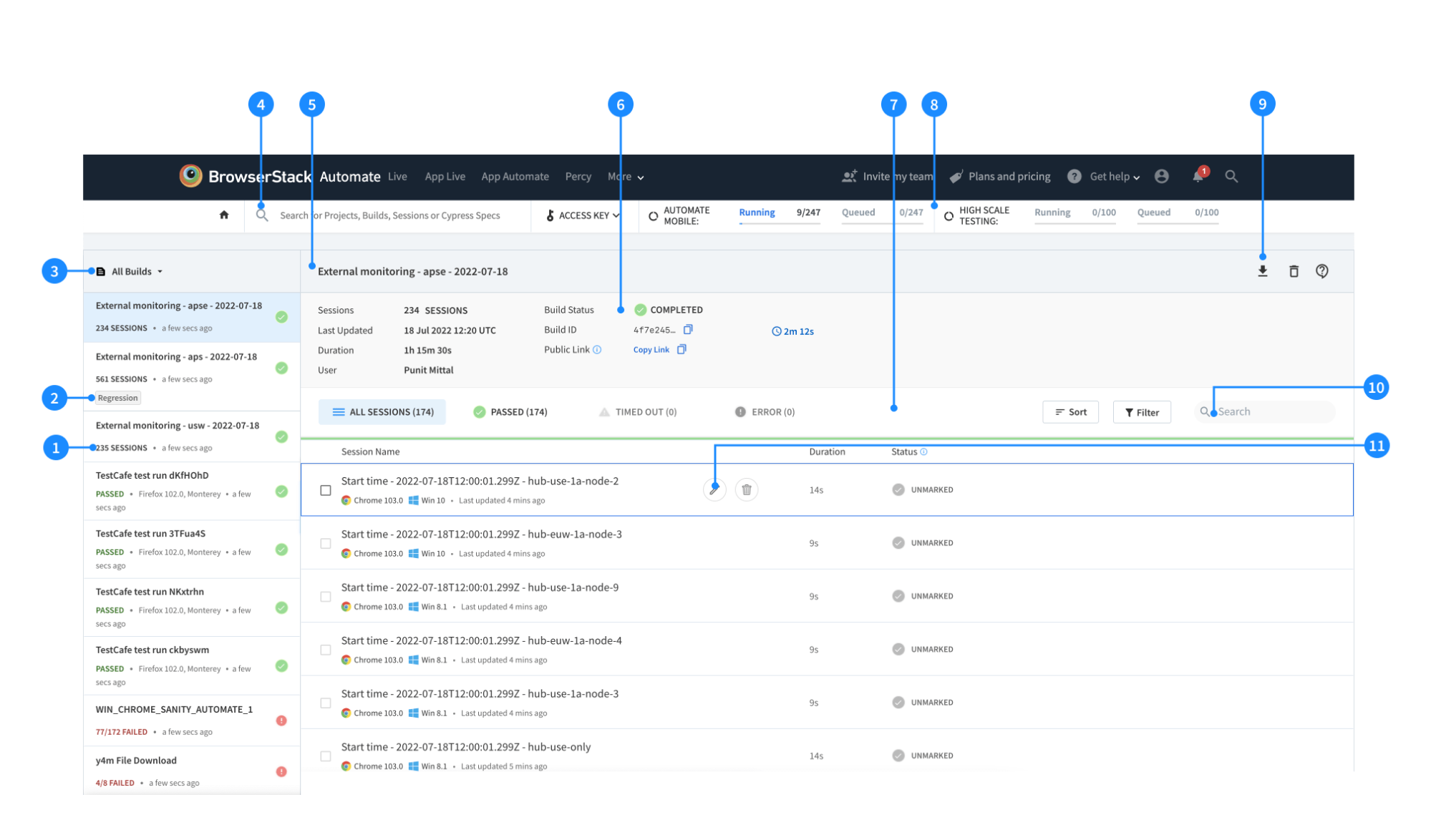 Build View of the Automate Dashboard

Filters are used to customize the data reports, which can be subsequently downloaded in a PDF format for easy access and sharing with stakeholders. Tests fail from time to time, but how the team reacts to these failures is pivotal in improving the overall optimization of the testing strategy. Simply sending failed test results back to the developers is passe. Modern agile teams need the QA Engineers to provide insightful test failure analysis using cutting-edge tools and techniques to help in the rapid identification and elimination of defects and accelerate overall product release velocity.

Automation Testing Visual Testing
Was this post useful?
Yes, Thanks Not Really

Thanks a lot for your feedback!
Tags
Automation Testing Visual Testing Test Automation Report is as essential as running the tests to deliver an error-free software. Deep-...