Get Started free
Home Guide How to test React Apps

Software development is incomplete without quality assurance. Software testing for an application makes sure that it is defect-free, saving the cost of solving bottlenecks in user experience after the product goes live. It helps deliver a high-quality product for a better end-user experience, which is key to attracting and retaining customers. Selecting the right web development framework is essential to building a high-quality app.

React is a javascript library that builds user interfaces and other components in a web development project. Being one of the most popular web frameworks among developers as of 2021, with over 40% of developers using ReactJS to develop web applications. Hence it is vital to understand how to test React apps for achieving the best results. The primary reason to test an app is to make sure that it runs properly without any errors or bugs. That being said, there are several features requiring more attention from the developers than the others. Since these features may cause expensive iterations if encountered late after the application goes live. Areas where testing is necessary to include:

All the features involved in any call-to-action task, where user engagement is required, must be tested to ensure proper functioning. Any feature that involves taking input from the user or involves retrieval of data from the database must be tested.
Rendering of elements for sequential events that leads to a function should be tested for depicting expected behavior.

The StackOverflow survey has shown a steady increase in the popularity of React framework between 2018 and 2021, rising from 27.8% to 40.14%. With testing being an integral part of the software development lifecycle, testing React apps has become even more important.

Step 1: Make sure node.js is already installed on your local machine because we will need the npm(node package manager) to create the react app.

Step 2: After this, you can use the following command in the terminal to create a directory with an src folder. This command will hold all the necessary files related to the UI of the application.

Step 4: To fully understand how to test the react app, add a few elements to the app.js file that will show the results on the browser.

Here a small change is added to the existing React App i.e. an H1 heading “This is My React Application” in the app.js file using the following code:

The final app looks like the expected outcome as shown below. 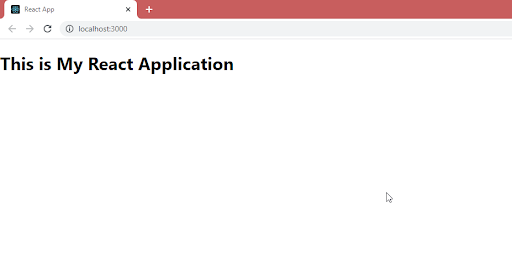 Now, the app has some new addition in the code, Unit Testing is performed on it to check if it works as expected. Unit Tests on the React App App.js is conducted using React Testing Library and JEST framework in the subsequent section.

How to Test a React App?

Just like any other web application, React apps also require thorough and diligent testing. Since, React Apps are made of different UI components as fundamental, the developer must test each of the components individually and how they behave when integrated with each other.

The entire testing process for a react app involves unit testing, component testing, end-to-end testing, and cross browser compatibility testing. Some of the methods to test React Apps are mentioned below using examples.

To work with the React Testing Library, it is suggested to acquire knowledge of Jest testing framework.

Read More: Jest Framework Tutorial: How to use it

Jest is the testing framework that is recommended in the official docs for testing the react applications. In this example, Jest framework is used to test the component, created for the sample react application. All the tests should be written in a separate test.js file. Jest will automatically detect the files with the extension .test.js. In this example, the file is named as App.test.js

You can run the test using the command – npm run test. The output will show the test results as shown in the figure.

The react testing library and Jest take care of the unit testing and component testing, but their limitations lie with the aspect of end-to-end testing where the application must be tested in order to check how the components behave in integration with each other. The complexities for more advanced applications can be a tiresome task and may encounter shortcomings along the way. This is where tools like Browserstack can be quite useful for end-to-end testing the react applications. Moreover, one can also leverage automation testing for better and faster results.

End to End Testing of React Apps on Real Devices

To understand how the React App works in the usual user environment, End to End Testing is performed. It checks the overall performance and functionality of the application. End to End Tests should be conducted under real user conditions to identify all the possible bottlenecks that might hamper the user experience.

Using BrowserStack’s Real Device cloud can be beneficial both in terms of wide coverage and cost-effectiveness. Testing your React Application on 3000+ device-browser combinations can help in understanding the end-user experience and any issues related to it.

Cross Browser Compatibility is one of the major aspects of End to End Testing, wherein an app is tested on different devices and browser versions to check its compatibility and consistency.

To read in more detail about the Cross Browser Compatibility testing of React Apps with an example, where Airbnb (which is a live React App) is tested using BrowserStack Live.

This article outlines how React Apps can be tested using different frameworks. The different types of tests such as unit testing, component testing, end-to-end testing, and cross browser testing are quite effective to rule out defects in the react app and help the professionals to adhere to the quality guidelines and deliver the product to the utmost customer satisfaction. As a best practice, testing on real devices and browsers would help understand the app behavior under real user conditions, which helps in improving the overall user experience significantly. 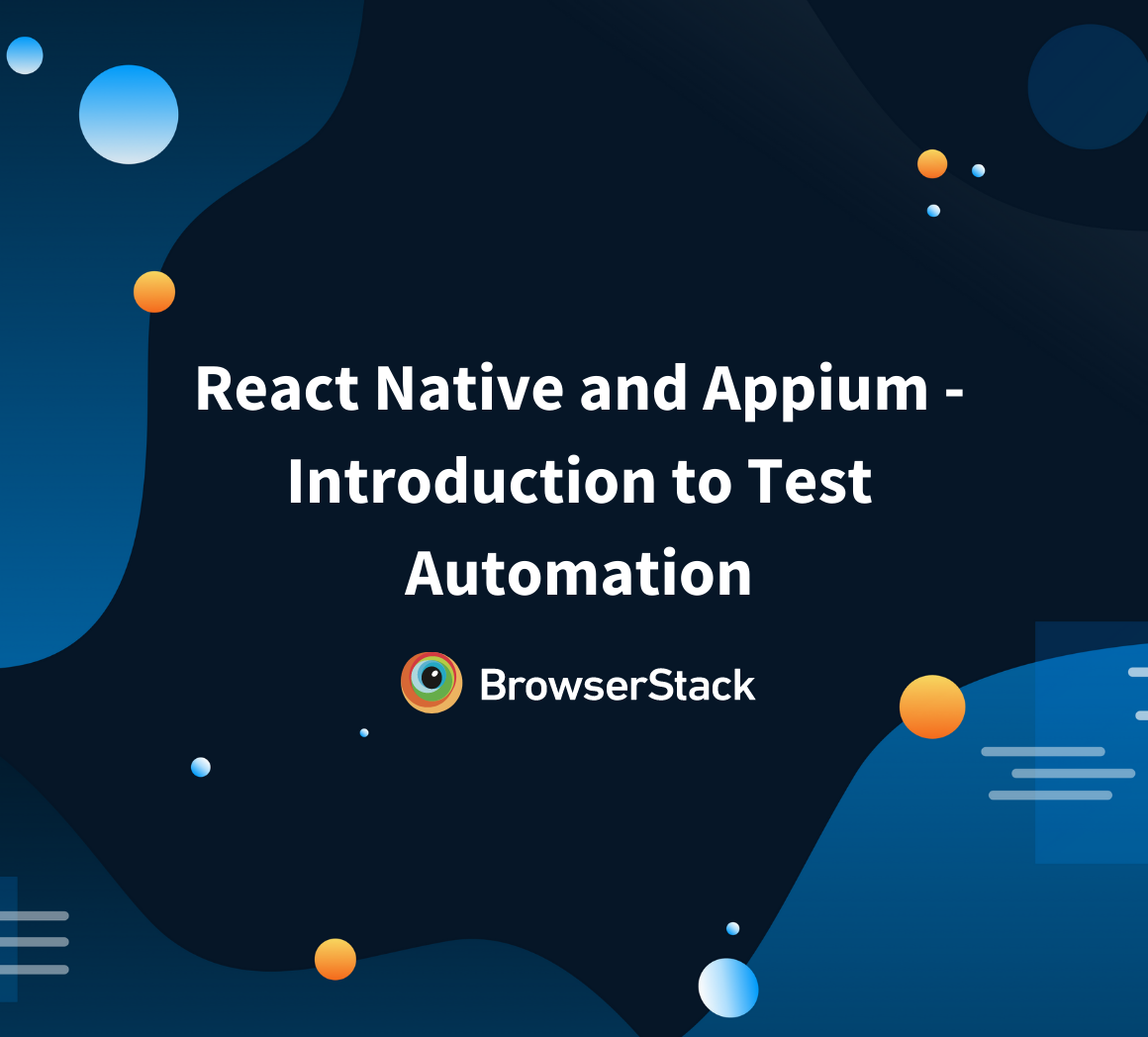 Learn the basics of automation testing with the React Native and Appium. Extensive code snippets and...