Take a moment to imagine something.

A new shopping website has been created. As with every site, the intention is to improve customer experience by letting customers purchase everything (from clothes to cookies) online.

Now, all automated tests show that the site is working perfectly, but once it actually goes live, things don’t work out so well. Customers tried to make a purchase by selecting items and entering their financial information, but couldn’t find a Checkout button when using a mobile browser. When investigated, it is found that the button is covered up by a text box because of the mobile device’s reduced screen space. This was not detected in the testing phase, and then became a significant hurdle in user experience.

Visual Testing, sometimes called visual UI testing, is the answer to such problems. It verifies that the software user interface (UI) appears correctly to all users. Essentially, visual tests check that each element on a web page appears in the right shape, size, and position. It also checks that these elements appear and function perfectly on a variety of devices and browsers. In other words, visual testing factors in how multiple environments, screen sizes, OSes, and other variables will affect software.

Developers create code that replicates user functions, (typing text into a field, for example). At appropriate points in the code, they place commands to capture a screenshot. The first time the test code is executed, an initial set of screenshots is recorded – to act as a baseline against which all further changes will be compared.

After setting the baseline, the QA runs the test code in the background. Anytime a change is identified, a screenshot is captured. Then each screenshot is compared to the baseline image corresponding to that particular section of the code and the software. If differences occur between the images, the test is considered failed.

Once the test code runs completely, a report is generated automatically. A QA reviews all the images that have been diagnosed as changed from their baseline. Some testing tools actually generate reports that highlight the differences between baseline and final images, as detected after the test execution.

Most software tests are designed to verify that various aspects of software function are working as they are meant to. However, these tests don’t usually cover visual aspects of the software, which are extremely important from the users’ perspective.

In the example at the beginning of the article, functional tests would have shown that the website was working perfectly, including the Checkout button. But in the real world, the users were facing a major issue and couldn’t execute one of the main functions the website was actually built for.

Visual testing fills gaps left by functional testing with regard to the visual side of things. In tandem with functional tests, it ensures that not only does the software work perfect, but it also looks visually on point.

Obviously, every website can be checked for visual discrepancies by manual testers. But given that modern websites often contain hundreds of web pages and thousands of web elements, the time, manpower, and effort required to cover the entire website would be astronomical.

As mentioned before, all visual testing reports have to be verified by manual testers. Supplementing manual QA with visual tests helps make the process more efficient and sustain the visual integrity of software.

As previously mentioned, visual testing requires a test runner – to write and run tests. Test runners enable testers or developers to create code that reproduces user actions. Each test carries assertions defining a condition that will either pass or fail. Organize tests into blocks and put these blocks into one file that will be used to test a specific module or software function.

Once tests are written, use a tool like Selenium or Cypress to interact with the browser. They support visual tests and allow for the generation of screenshots of web pages.

Finally, one must have a tool for managing the testing process. Percy by BrowserStack is one of the best-known tools for automating visual testing. It captures screenshots, compares them against the baseline images, and highlights visual changes. With increased visual coverage, teams can deploy code changes with confidence with every commit. With Percy, testers can increase visual coverage across the entire UI and eliminate the risk of shipping visual bugs. They can avoid false positives and get quick, deterministic results with reliable regression testing. They can release software faster with DOM snapshotting and advanced parallelization capabilities designed to execute complex test suites at scale.

Percy’s SDKs enable users to easily install them and add snapshots. Percy also integrates with CI/CD pipelines and source code management systems to add visual tests to each code commit. After tests are initiated, Percy grabs screenshots, identifies visual changes, and informs the testing team of all changes. Then, testers can easily review visual diffs to decide if the changes are legitimate or require fixing.

By incorporating visual testing into the testing process, testers will be able to deliver visually perfect applications quickly and consistently. It also helps them create websites that maintain visual consistency across the entire UI by offering comprehensive visual reviews and accurate results. Looks do matter, especially when users have thousands of other websites to choose from. Make your site look good and work well, and you will keep your visitors happy. 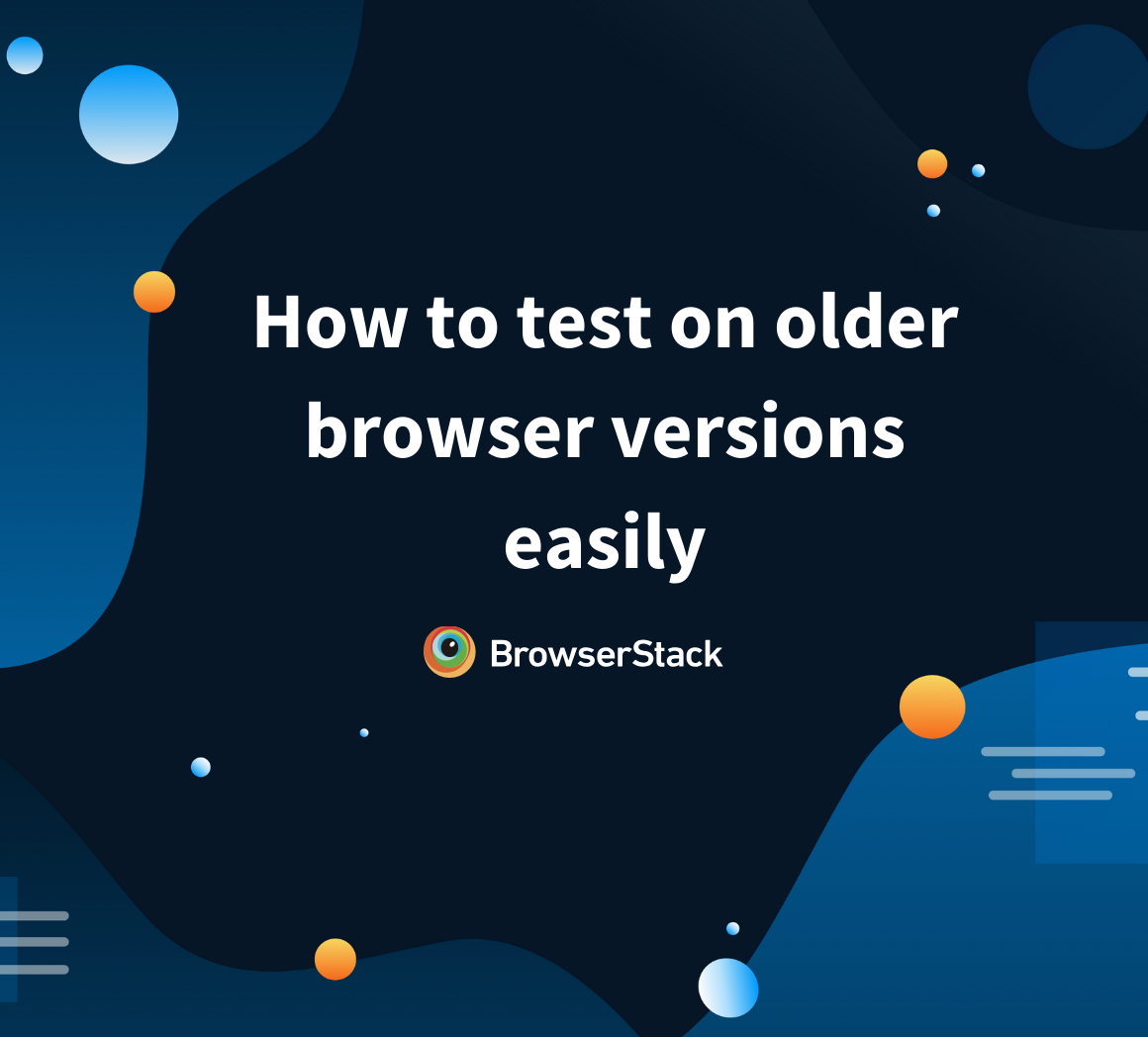 How to test on older browser versions easily

Wonder if your website works perfectly on old browser versions? Just use these two methods to test o... 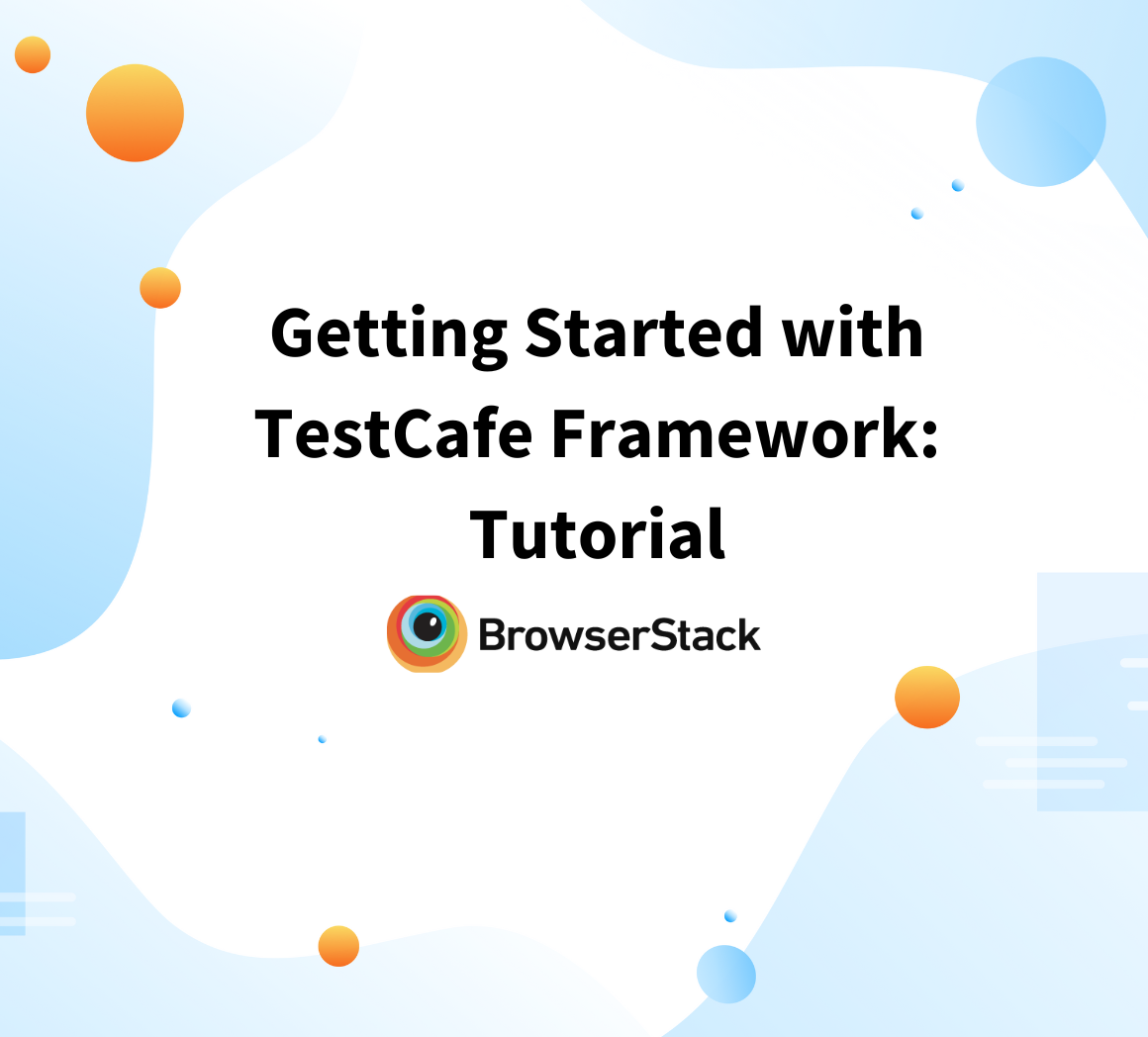 Getting Started with TestCafe Framework: Tutorial

TestCafe is easy to install NodeJS-based framework. Learn to get started with TestCafe Automation Fr...

How to test on older browser versions easily