With Microsoft Edge standing as the third most widely used browser among desktop users globally, it has attracted a fair bit of attention this year. Unsurprisingly, people are comparing it to Chrome, the undisputed leader in the browser market. Nonetheless, Edge’s increasing popularity has led to searches for Microsoft Edge vs. Chrome – something worth looking into.

Microsoft Edge vs. Google Chrome – Why the question in the first place?

In March 2020, Edge was languishing with 0.57% of the global market share, but a year later, it shot up to 8.03%. Such a drastic increase in popularity brings up questions regarding why so many people suddenly decided to use Edge. To be fair, in May 2020, Microsoft pushed Edge a lot harder. As part of a Windows update, the browser became impossible to uninstall. Additionally, the pandemic and its consequent work-from-home adoption led to an increase in the purchase of new devices for home offices. There is speculation that new Windows devices with Edge browser packed in might have resulted in increased use of the browser.

Nonetheless, Edge comes with certain features that deserve a closer look and lend some integrity to the “new Microsoft Edge vs. Chrome” question.

Let’s break this down in terms of specific metrics.

When tested on WebXPRT 3, Chrome and Edge were run through six tests replicating real-world conditions, which in particular, test the browsers’ HTML5 and JavaScript performance. Edge won by a narrow margin scoring 76 against Chrome’s 73. This was primarily due to Edge winning out in the OCR Scan and Encrypt Notes tests.

While both are significantly fast browsers, Edge might just have a slight advantage in this regard. Based on a test in which six pages were loaded on each browser, Edge used 665MB of RAM while Chrome used 1.4 GB. This would make a significant difference for systems running on limited memory.

By basing its architecture on Chromium, Edge has been able to provide wide-ranging support for extensions. In fact, the Microsoft Store’s catalog of extensions is growing quite impressively. Additionally, if an Edge user wants to download an extension only available on the Chrome Web Store, they can download and add it to Edge in a couple of simple steps.

However, despite these improvements, Edge extensions still grapple with some compatibility issues and are less convenient to use than Chrome extensions. In this case, Chrome still has the upper hand.

Did you know the difference between Chrome and Chromium?
Since both browsers are built on the same browser engine (Chromium), there’s not a huge difference in features on their desktop versions. Edge does come with a “read aloud” feature that vocalizes any highlighted text, but this feature isn’t too good with languages other than English. On mobile, however, Edge has a couple of interesting features that stand out.

Chrome, however, is better integrated with widely used tools like Google Docs and Google Translate (which is much better than Microsoft’s Bing Translate). Chrome’s synchronization mechanism is also far more sophisticated and fills in all the gaps left by Edge.

Ensure that a website functions perfectly across different websites (and their variant features) with comprehensive cross browser testing on real browsers and devices.

To protect users against websites running phishing operations or infected with malware, Edge leverages Microsoft’s SmartScreen system. Apparently, it works better than Chrome. The SmartScreen system sends an alert if a user lands on a website using HTTP instead of HTTPS, letting them know that their traffic is unsafe. However, Edge is bogged down by its infrequent updates. Usually, Edge updates come once in six weeks, which gives unsavory individuals enough time to identify and act on weaknesses.

Like Edge, Chrome notifies users when they have landed up on an HTTP page, However, Chrome wins out because of the high frequency of its security updates. With updates every few days (faster than any other browser in the market), Chrome keeps refining and eliminating possible vulnerabilities in its code.

Edge offers three modes of protection from tracking – basic, balanced, struct. Users can also allow individual websites to circumvent protection protocols for all three modes. They can look at the list of blocked trackers so that users know who/what they are being protected from. However, since Microsoft has an enormous number of products which makes it confusing to figure out which rules appear to Edge and which apply to software like Windows 10. The policy also does not mention if Microsoft sells user data to advertisers.

It’s well known that Chrome leverages user data to tailor the data, search results, and ads that show up when they browse the internet. If this is a major concern, switch to another browser like Brave which is built to guard user data.

Chromehas been around for a while, and runs on most platforms – Windows )7 and up), Linux (support for Ubuntu), macOS (10.10 and up), iOS (12.0 and up), iPadOS, Android (5.0 and up), Fedora, Debian, OpenSUSE, and ChromeOS. Edge runs on Windows 7 and up, macOS 10.12 and up, iOS (iPadOS) 11.0 and up, and Android 4.4 and up. Support for Linux is currently in development which will enable compatibility with Debian, Ubuntu, Fedora, and OpenSUSE. There don’t seem to be any plans to offer Edge compatibility with ChromeOS.

Is Microsoft Edge better than Chrome?

Edge is the new kid on the block. Despite its recency, it has set itself apart with a plethora of impressive features and performance highlights. However, since Chrome has been around for a while and had an astronomically high rate of adoption, it will take something exceptional to dethrone it.

Instead of declaring one browser better than another, look at it this way.

Microsoft’s significant, continual improvements to the browser promise a more robust browsing experience than IE had offered, and Edge might not be too easy to dismiss in the coming days.

Bear in mind that Microsoft has withdrawn support for Internet Explorer. However, some users especially older ones, do tend to continue using it because of their familiarity with the browsers. To ensure that websites do not miss out on this section of their potential audience, test on IE. Check website performance on multiple versions of real IE browser for maximum optimization.

To make an informed decision, just go through the aspects detailed above. The browsers don’t have major differences in functionality, but it is entirely possible for users to stick to a browser simply because of its UI and the effort involved in making a shift.

From a web developer’s point of view, Edge’s increasing popularity makes it a strong contender for cross browser testing. Expect a significant number of only users to be accessing any website through Edge, which makes Microsoft Edge testing an absolute necessity. Obviously, this would be in combination with Chrome testing for maximum cross browser compatibility.

Cross browser testing
Was this post useful?
Yes, Thanks Not Really

Thanks a lot for your feedback!
Tags
Cross browser testing 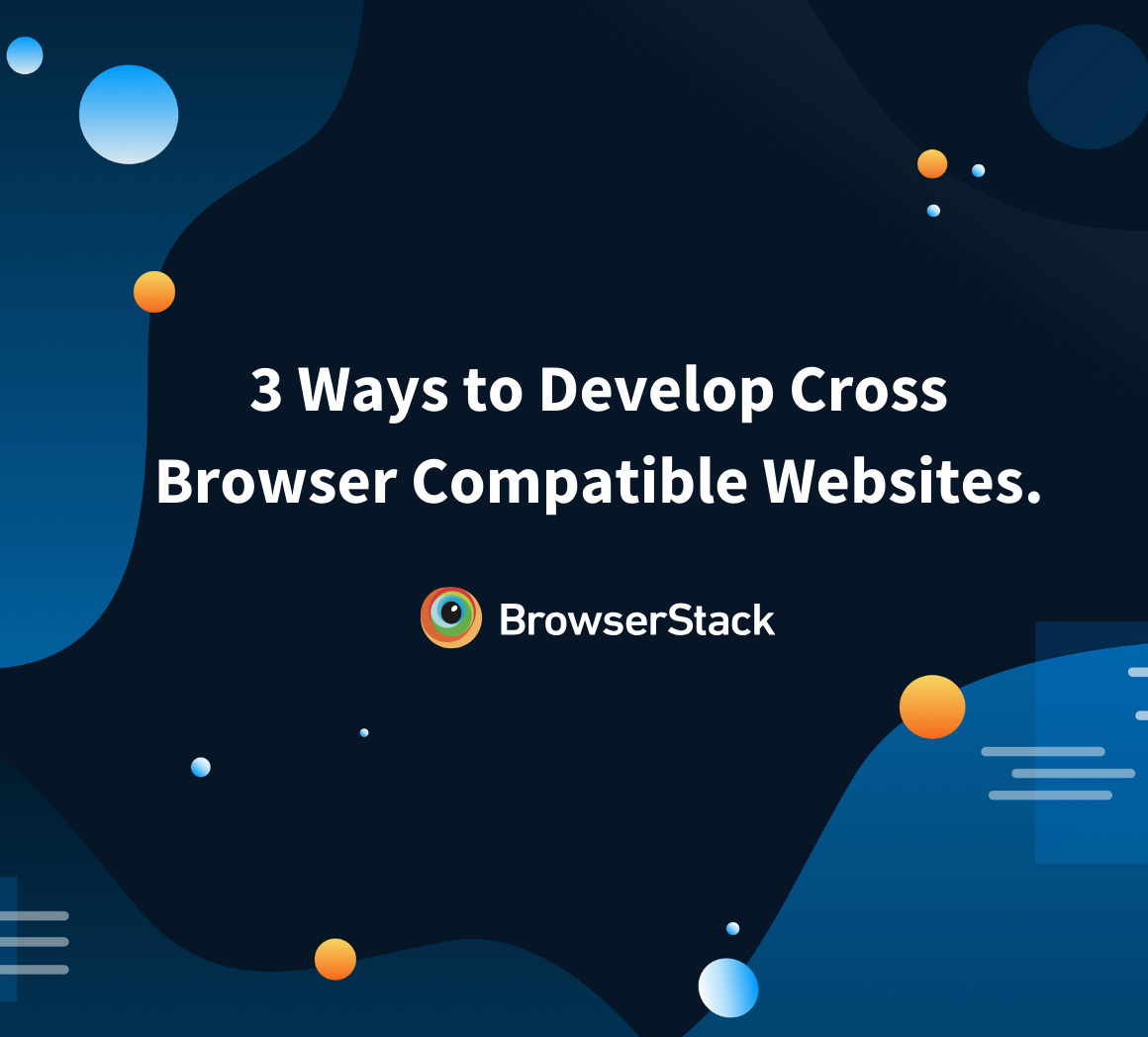 Automation testing is an indispensable part of all successful software development pipelines. Explor...