How to test Flutter Apps on Android Devices

It is simply a toolkit that is designed by developers to design beautiful interfaces for all sorts of screen sizes and devices. It comes with a whole bunch of pre-built widgets that make it easy to layout the app. This means that instead of having to make the iOS apps the Apple way and the Android apps the Android way, one can simply use a whole bunch of pre-built widgets from Flutter to design an app without worrying about the platform.

In this article, let’s explore how to test Flutter apps on Real Android devices.

In Flutter, it is said that “Everything is a Widget” and these so-called Widgets are the building blocks for any Flutter App. Everything is a widget to the point where most of them themselves are made up of other widgets – even your app itself.

How to configure Flutter on Windows

In this section, we will learn how to configure Flutter on your Windows 10. Follow all the steps and do NOT skip anything.

BrowserStack is a cloud-based web and mobile testing platform that allows the user to test their website and mobile applications across several browsers, Operating systems, and real mobile devices.

Note: app_url generated must be noted down since it is used as an identification for your uploaded app

Read More: How to run integrations test on Flutter Apps

You will be able to view your Test results on your BrowserStack account Dashboard.

On a closing note, to take full advantage of features, tests must be run on real mobile devices (iOS, Android, Windows, etc.), as opposed to Emulators and Simulators. There is no way to accurately identify all possible bugs without testing apps in real user conditions, and that is where BrowserStack App Automate comes in. BrowserStack’s real device cloud offers thousands of real mobile devices from major vendors and manufacturers for app testing (manual and automated). Each device is loaded with real operating systems – multiple versions of popular operating systems in use. 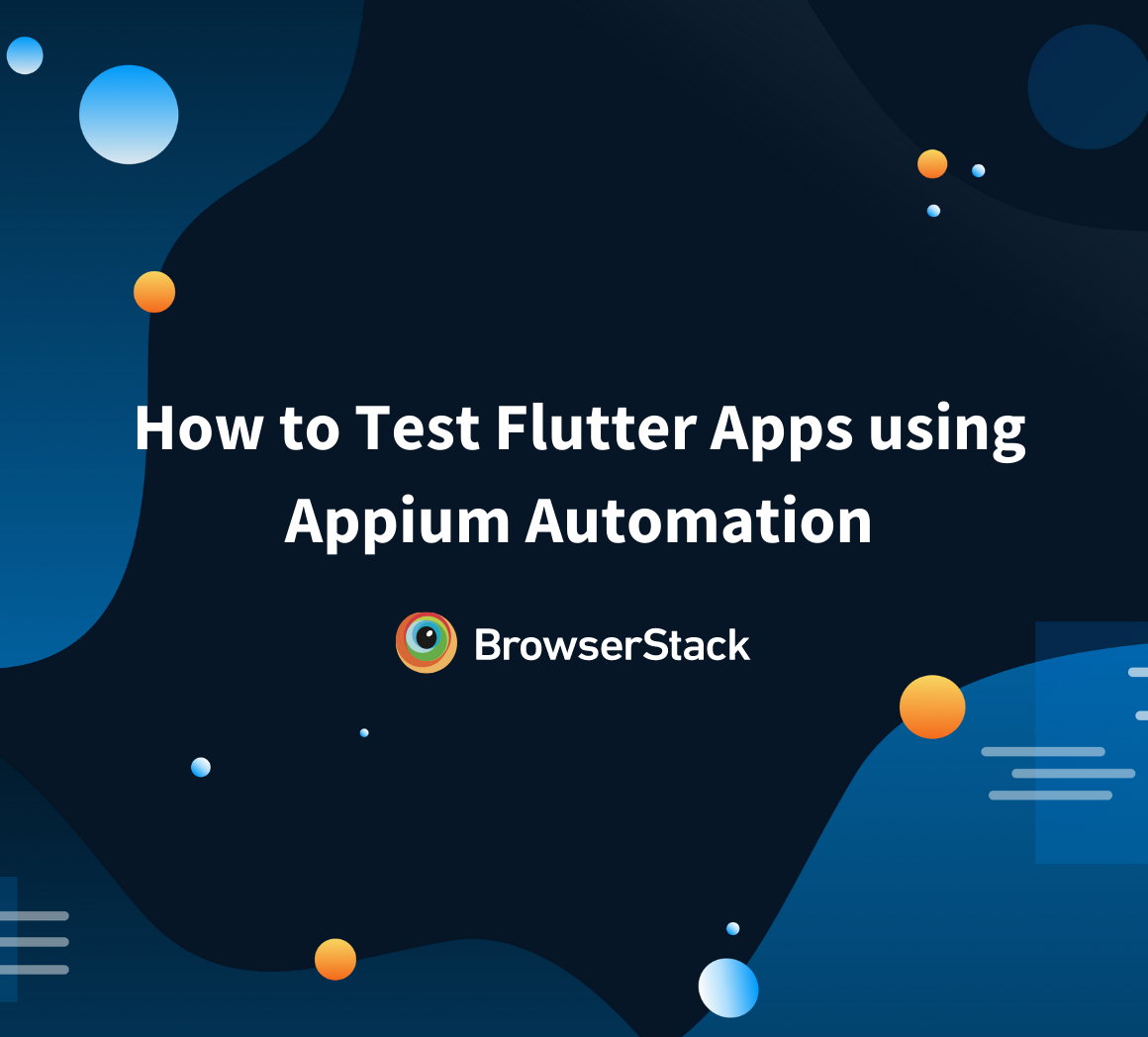 Step by step tutorial on how to run UI tests on Flutter apps. Code samples and examples included.