What is E2E testing?

E2E testing stands for end to end testing, is a method to ensure that the application is working as expected. The main purpose behind the implementation of E2E testing is to test from the real user’s perspective. Software systems are made of complex and interconnected subsystems. Therefore, E2E testing prevents the entire system from breakdown because of the failure of one subsystem.

E2E testing is now widely adopted in several technologies due to numerous benefits such as less expensive, bug detection, the correctness of the application, and many more. E2E testing helps in achieving greater success for the application by testing it under real-world conditions. Moreover, it would let QAs know how a failing test would impact the user.

What is Cucumber Framework?

Cucumber Framework is a testing tool that supports BDD Testing (Behavior Driven Development). It allows the user to write tests in the Gherkin language (easy descriptive English language), which anyone can understand. This helps in bringing more collaborators to one project, thus improving the quality of the work. Cucumber framework uses Ruby programming language, however for development and supports several other languages such as JavaScript, Java, C#, and more.

BDD (Behavior Driven Development) is a technique where a test is written in an easy language, plain English, which anyone could understand without any technical knowledge. This technique has many benefits while developing and testing.

Some features of the BDD technique are as follows:

Why use Selenium for End-to-End Testing?

Selenium is an open-source tool that is useful in automating tests in web browsers. It supports several programming languages such as C#, Java, JavaScript, NodeJs, PHP, and many more.

A few benefits of incorporating Selenium in our testing are:

Now, let’s understand Cucumber E2E testing with the help of a practical example. We are going to perform a test, where the browser will first navigate to a URL, validate something there, and exits the browser. This simple test will help us with the basic concepts of E2E testing with Cucumber.

Install Maven Plugin. However, in the latest versions of Eclipse, it comes installed already.

Step 4: Add Maven dependencies and Selenium to your project

In this step, you have to add several dependencies. Navigate to the pom.xml file in the folder structure and add the dependencies mentioned below. These dependencies are available in the Maven Repository.

Step 6: Install the Cucumber Eclipse Plugin and a web driver

Install the Cucumber Eclipse Plugin from the Eclipse marketplace. The Cucumber plugin lets the codebase know you’re creating a Cucumber project. Moreover, Install Browser Driver to automate your Selenium tests in a browser of your choice. In this example, we are going to use the FirefoxDriver.

Step Definition is a java method in a class containing Annotations. An annotation followed by the pattern is used to link the step Definition to all the steps created in the feature file.

To create Step definitions, navigate to the src/test/java package and then add a step definition folder and file there.

Know How To Use Annotations In Cucumber Framework

Businesses are spending huge capital and effort in E2E testing to improve user engagement and customer satisfaction. To ensure seamless user flows in large and complex applications, it is essential to perform E2E testing in real user conditions to prevent disruption in user experience due to any defect.

E2E testing in Cucumber ensures better collaboration, even from the business side of the teams, who can work with developers and QAs to ensure all the user flows are well tested using Cucumber E2E Testing.

However, to leverage the maximum benefit of the Cucumber end to end testing, it is recommended to test on real device cloud like that of BrowserStack, so as to take real user conditions into account while testing. This makes identifying bottlenecks in the user flow easy, helping deliver a seamless experience.

Thanks a lot for your feedback!
Tags
Automated UI Testing Website Testing 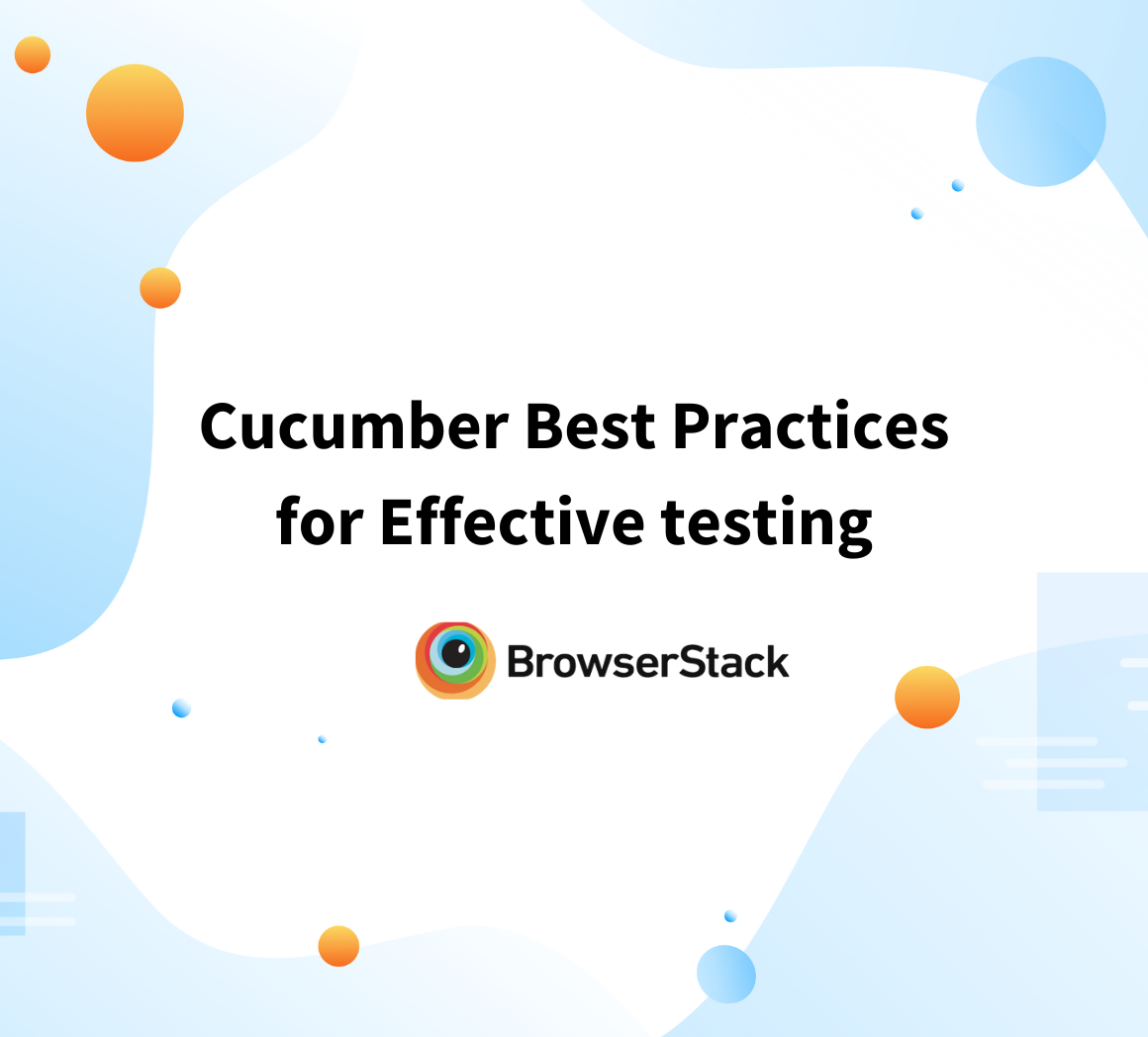 Learn to use Page Object Model with Cucumber automation to cut back duplication and improve test ma... How To Use Annotations In Cucumber Framework

Looking for a guide to Cucumber Annotations? Learn about hooks, tags, and how to use annotations in ...