Behaviour Driven Development (BDD) was envisaged to combat issues derived from ill-defined requirement specifications and bring business and QA professionals on the same page. In the recent past, there has been a significant shift to Agile development practices by many organizations.

Although continuous automated tests ensure optimal test coverage, it is useless if the software fails to align with what the customers have in mind.

This school of thought led to the creation of Behaviour Driven Development (BDD) as an evolution of the Test-Driven Development Methodology (TDD). BDD and TDD testing both follow a sort of “contractual mechanism” to ensure that any output matches a particular expectation.

However, the BDD approach in testing focuses on defining the application’s behavior to make it optimal for business needs rather than the high test coverage-focused principles of TDD.

What is BDD Testing?

Though the term “behavior” might be highly familiar, it acquires a specific technical meaning in this context.

These BDD Tools parse through the behaviors in the feature file and execute the “glue code” that maps behaviours to executable steps. This sort of mapping is called “step-definitions” or “step-defs” for short.

How to write Test Scenarios in Gherkin?

Test Cases and Test Scenarios for the BDD testing framework are envisaged similarly to those written for standard test cases. However, the key difference is in the Gherkin syntax used for articulating them.

Stakeholders initially discuss the product requirements with the developers and testers and decide upon the scenarios that are suitable to be tested. These scenarios are then written as feature files for the automation test tool and are utilized as automated acceptance tests.

The three keywords leveraged for this purpose are –

Given (to provide the context for the scenario)
When (to specify the action being performed)
And, Then (to represent the desired outcome)

Using this logic exhaustive test scenarios can be codified for BDD Testing. Below is a scenario for successful and unsuccessful login to the Browserstack site.

The Need for BDD Testing Framework

Agile Processes and DevOps are primarily concerned with building products in the shortest period possible. However, organizations are wary of pushing out builds that do not fully satisfy customer needs or fail to align with strategic business goals.

The Three Amigos of BDD

Most testing performed using scripting and/or programming languages is not readily perceptible by non-technical stakeholders. Often this leads to a greater onus on QA teams to explain their work in layperson’s terms or, worse, in critical business requirements being misinterpreted.

Leveraging the communicative power of tests written in plain English, BDD software testing allows all stakeholders to be on the same page at all times.

Given the obvious advantages of BDD, several mainstream organisations like BM, Wells Fargo, and CitiBank have become enthusiastic adopters of the technology. Recent market research also predicts a massive increase in the adoption of BDD practices between 2023 and 2029 making it one of the most in-demand frameworks in the industry.

How to perform BDD Testing in Cucumber

Now that a basic introduction to BDD Testing and its importance has been established, it is vital to understand the rubrics of how BDD Testing is performed.

The popular Cucumber- Selenium- Java Framework for BDD Testing is demonstrated for this example.

The scenario is a successful login to the BrowserStack Website.

Pro Tip : For guidance into the Prerequisites to set up the BDD testing framework, please refer to the article on Test Automation using Selenium and Cucumber.

The Three Major parts of the Cucumber Framework are as follows –

A single functionality is defined in BDD as a feature. These features are written in the Gherkin syntax using the Given, When, Then logic, and are stored in feature files with the extension “.feature”

This file stores details about the features, the description of the feature in simple language, the scenarios to be tested, and any pertinent data for testing the feature.

Description: The user shall be able to login to Browserstack after entering the correct username and password.

Once the features are set down in the feature files, the code for the scenario needs to be executed.

Step Definitions store the data mapping between each step of the scenario defined in the feature file and the code that needs to be executed to verify it.

Both Java and Selenium commands can be used to map the feature file to executable code.

The @RunWith() Annotation in JUnit is required to execute these tests, and the @CucumberOptions Annotation is used to define the locations of the feature files, step definitions, reporting integrations, etc.

Test Runner Class in cucumberTest package, with the feature files in “src/test/Feature” location and Step Definition files in “src/main/stepDefinition” folder.

Pro Tip: Browserstack Automate can allow users to run BDD tests on the Cucumber-Java-Selenium Framework on more than 3000+ real devices and browsers.

BDD Testing can help users achieve advanced automation capabilities. Some of the key advantages of its use are –

1- Making test cases more modular by repeating common scenario steps and writing them only once. This is especially useful for writing Regression Testing scenarios.

2- Allowing for Parallel testing to boost test run times. E.g. tools like BrowserStack Automate allow sequential and parallel execution of Cucumber-based Espresso tests. These can be split into groups called shards and executed in parallel to drastically reduce timelines.

3- Allow for comprehensive use of Data Tables to store test data for automated execution. This is again very beneficial for Regression Testing as this allows the scenarios to be tested for various situations.

User Stories can be integrated by ID into BDD scenarios for directly mapping business requirements to test cases and subsequently into automated test scripts. Cucumber Scripts can map User Story ID from JIRA, as shown below.

Advantages and Limitations of BDD Testing

Some of the primary advantages of BDD Testing are as follows –

However, no process is perfect, and BDD also has a few limitations.

While Agile processes and Test Automation are key in reducing product delivery timelines and satisfying the demands of an expectant user base, it is crucial to deliver the product exactly as the customers demand.

Like with all other tests, it is essential to execute BDD Tests on real browsers and devices for the best results. BrowserStack not only supports BDD Testing on the Selenium Framework, but also provides a Cloud Selenium Grid of 3000+ devices for mobile and web testing.

Real Device Cloud Types of Testing
Was this post useful?
Yes, Thanks Not Really

Thanks a lot for your feedback!
Tags
Real Device Cloud Types of Testing 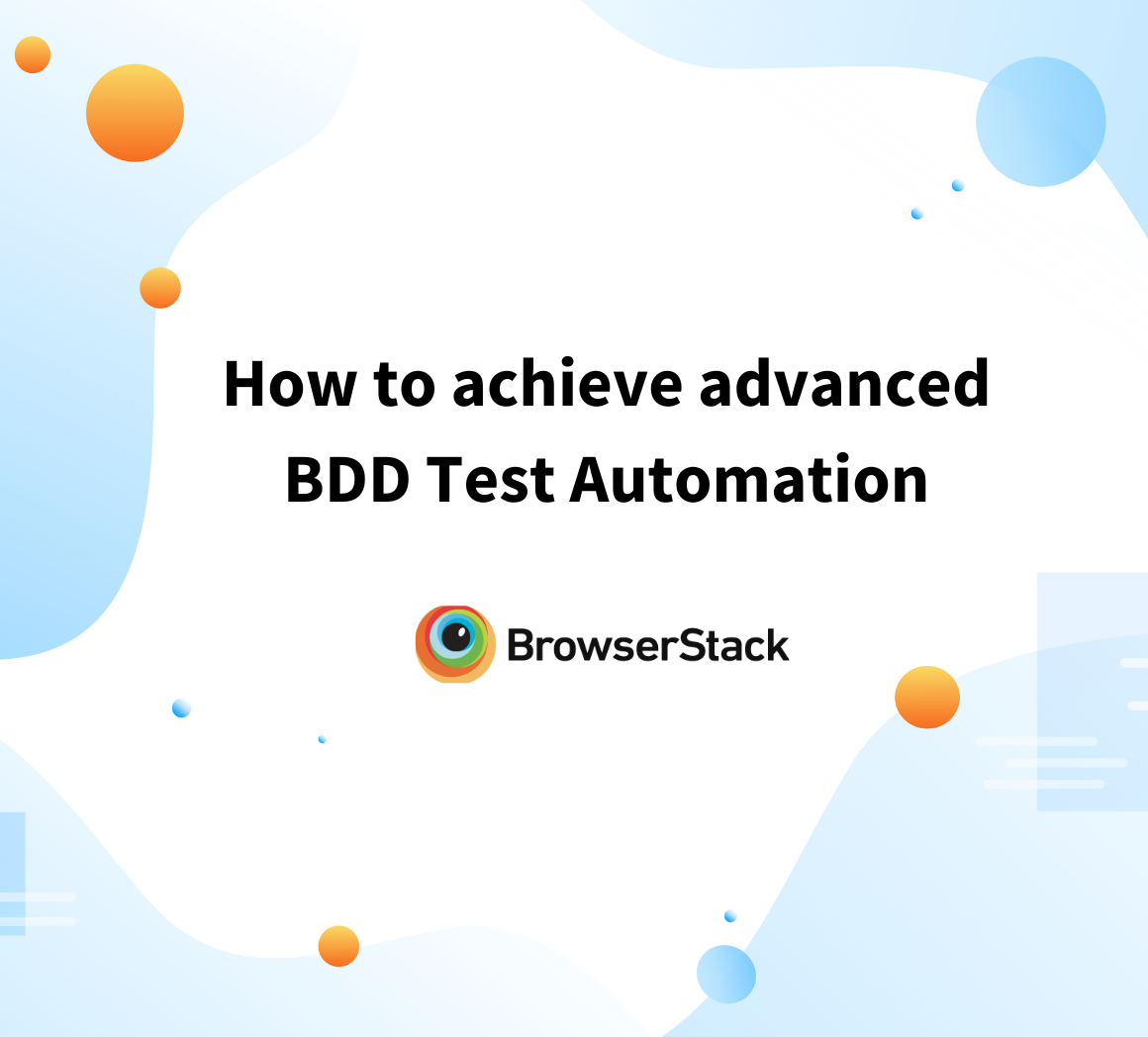 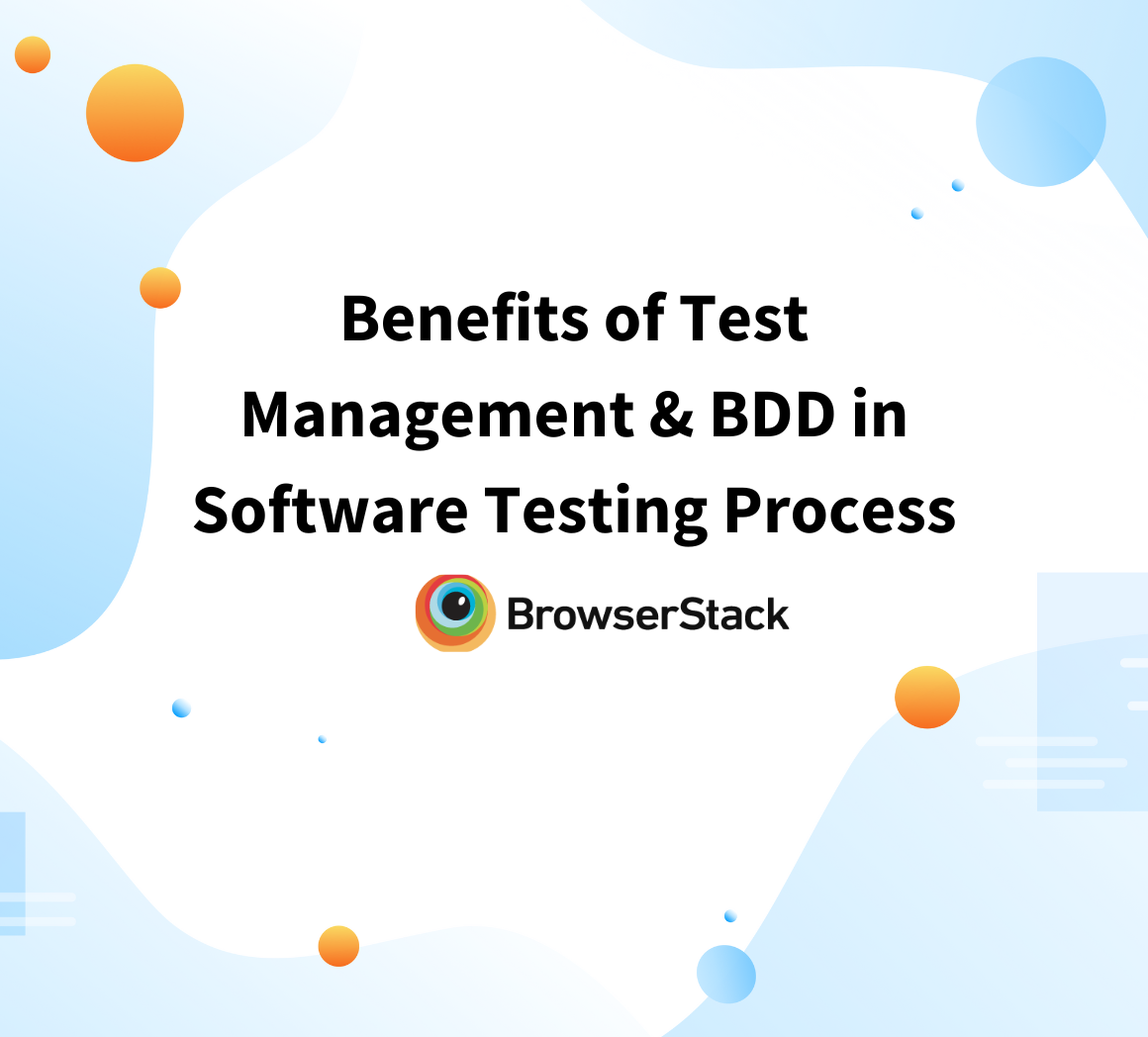