Get Started free
Home Guide How to perform Beta Testing for Applications?

How to perform Beta Testing for Applications?

What is Beta Testing?

Beta Testing is a user acceptance test in which a group of users tests an almost completed application to assess its performance in a natural environment. This phase of the application development process aims to expose your application to a set of real-life users and gather feedback from them for improvement. After beta testing, the application is almost ready to be released for extended public use.

Beta testing makes use of customer validation to lower the risk of failure of the application. Even though beta testing can be capital-intensive and time-consuming, it is a fantastic way to eradicate technical issues with your new software application.

Also Read: Verification and Validation in Testing: When to use which?

Beta testing of applications can be categorized into two main categories:

Alpha testing is the initial testing phase that helps in the validation of the features and functionalities of a new application. The internal testing team conducts these tests near the end of the application’s development phase.

Beta tests are generally performed after the completion of Alpha tests. Below is a brief comparison of Alpha Testing and Beta Testing.

It is estimated that the internet is accessed by more than 4 billion people globally via more than 9000+ devices that consist of 21 different operating systems and eight leading browser engines that support more than 100 different browsers. You can have more than 63,000 possible device combinations, operating systems, and browser combinations. This number is still rising as newer hardware and software models are launched. This is the level of market fragmentation at present.

Also Read: How to deal with Android Fragmentation

Some challenges encountered while performing cross-device testing are BrowserStack’s App live offers more than 3000+ real devices to conduct seamless alpha testing of your applications remotely. Sign up, select your desired device and start testing your application for free.

How to perform Beta Testing for Apps?

1. Fix the number and type of testers required 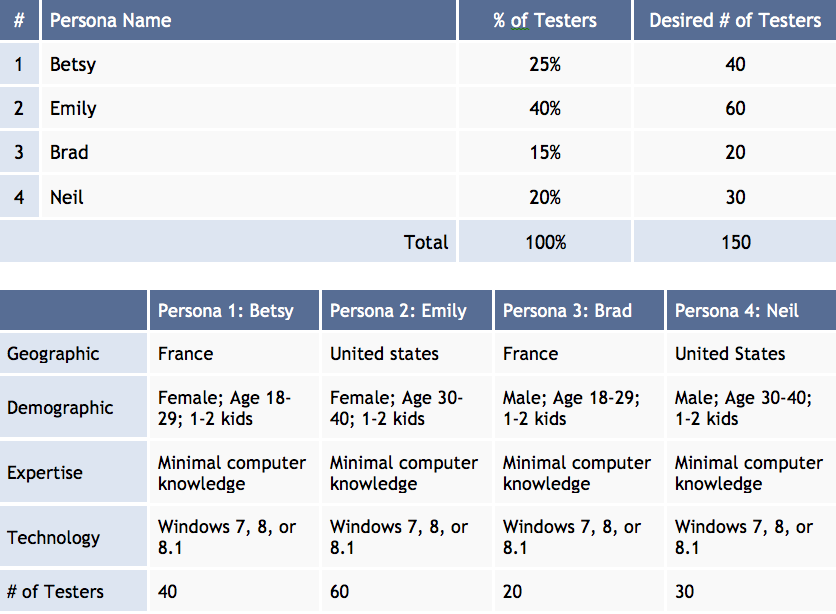 2. Set a time limit for testing

You must develop a fixed time frame for the beta testing phase. Limiting your beta testing time between two to twelve weeks is recommended, while most beta tests last for four to eight weeks. This time limit is based on your objectives, resources, tester limitations, time constraints, and other conditions.

You should select the beta testers depending on the type of your software app and your target customers.  For example: If you are working on a fitness application, you should go for beta testers involved with the fitness industry. If you are developing an application for select countries, then you should get your beta tests from those demographics.

Once you have your beta testers ready, you can invite them to install the beta version of the application. The invite is generally sent using an app distribution tool like Google Play Developer Console, Testflight, AppBlade, etc.

You need to request your beta testers to submit detailed feedback on the App. This can be done by email or through the beta version of the App itself. You would want to call a few testers to get a detailed account of their experience.

The feedback from beta testers will consist of suggestions and recommendations for changes in the application. You need to be selective and implement the critical differences in the App. How do Internal Testers Replicate Bugs that they Found while Beta Testing Apps?

One should note that if a critical bug is found during the beta testing of the application, the testers will have to replicate this bug and find a way to eradicate it. To reproduce the bug found during testing, you need to do the following:

Step 1: First, the internal tester needs to get answers to the following questions:

Step 2: The internal tester needs to ensure that they are testing the exact scenario of the application as experienced by the beta tester.

Step 3: The internal tester needs to test the application on the same device as used by the beta tester to replicate the bug.

Assume a user found a bug on iPhone 13 while testing X. Let us see how to replicate an issue and test it on BrowserStack.

Some of the best practices to consider for effective Beta Testing are as follows:

Beta Testing is an important phase in the application development process. It is an acceptance test used to gather feedback by exposing it to real users in a real environment.

Beta testing is an indispensable part of the software development process. It provides an opportunity for some real-life users to test an application and detect any defects before performing a public release. It also tests customer satisfaction and gives you an early insight into the product.

Thanks a lot for your feedback!
Tags
Fragmentation Manual Testing Mobile App Testing Types of Testing Understand the most critical reasons why a mobile app crash occurs and how testing on a real device ... App Usability testing for mobile involves evaluating an application by testing it with actual users ... How to find bugs in Android apps

Step by step tutorial on how to find bugs in Android apps. Test apps on thousands of real Android de...