Get Started free
Home Guide How to test Barcode online

How to test Barcode online

Businesses depend heavily on technology and data management, which requires a seamless transfer of information from physical to softcopies or online data. This is where barcodes are widely used when the data is to be read by the machines. Barcodes help maintain accurate information about inventory and other important business-related data while reducing the visible page size of the information.

There are mainly two categories of barcodes: linear codes, including widely used formats like UPC and EAN, and matrix codes, like QR codes. This article is targeted at linear barcodes.

What is a Barcode? 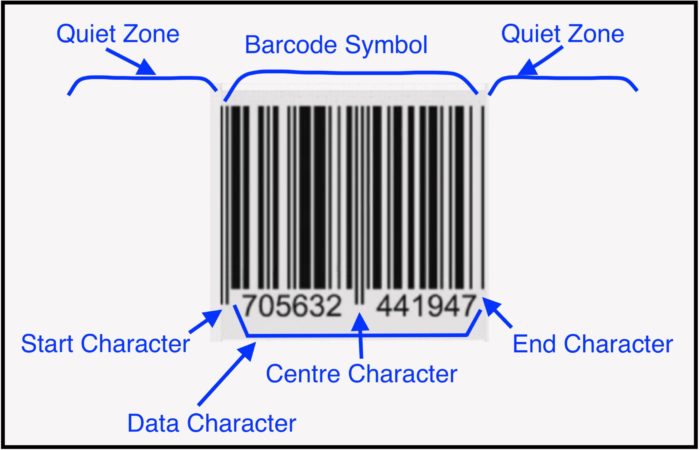 A Barcode is a small image or a printed series of lines (bars) and spaces of variable width, normally of black color on a white background which is machine-readable and provides information about a specific product.

A barcode symbol typically consists of five parts: a quiet zone, a start character, data characters, an end character, and another quiet zone. Barcode information is read by an optical or laser scanner that is part of a computer system. The computer stores or immediately processes the data in the barcode.

Barcodes and readers are most often seen in supermarkets and retail stores to act as an immediate information tracker about each product’s pricing and other details and to keep a flawless track of inventory items, but they serve a lot more purposes other than the mentioned above.

They are also used to check out books from a library, track manufacturing, and shipping movement, sign in on a job, and tabulate the results of direct mail marketing returns.

Here are some advantages of using Barcodes:

How to Test Barcode?

Every web and mobile app requires extensive and thorough testing to ensure a seamless user experience. Similarly, applications with barcodes will also require rigorous testing to check if they work as expected and can transfer the right data successfully.

To test Barcode functionality, it requires a real device with a camera and manually capturing the image of the code. But this poses a limitation on the testing coverage, as the testing shall be done only on limited types of mobile devices since scanning code requires real devices with a camera.

Now coming to real devices on the cloud, since the image/Barcode capture of the user’s app won’t be possible, hence the required testing cannot be done and needs some special software.

BrowserStack App Live provides out of the box feature of “Camera image injection” where this limitation can be overcome, and Barcode scanning functionality can be tested on multiple real cloud devices as it injects the image before capturing it, and once the image is captured, it is replaced by the injected Image, eradicating the need of holding a real device camera and scanning the image.

Take the example of a barcode scanner app in the image shown below, which captures the image of the barcode and converts it to the code linked to it. For testing such an instance, open the App Live, set the image injection capability, select the device, and the session is started. After the session starts, upload the image using camera image injection and start using the app.

Step 1 – For testing the barcode scanning in the application, upload the .ipa, .apk, or .aab file on App Live as seen below. Want to know how you can upload your Mobile app? Here are guides for your quick reference:
– How to install .ipa test file on iPhone
– How to Run APK Online in a Browser
– How to test .aab file on an Android device

Step 2 – After uploading the App, the image injection capability needs to be enabled. For enabling the same, click on the settings icon next to the app. Step 3 – Image injection can be enabled by toggling the button next to it and selecting the device the test needs to run on. Step 4 – After selecting the device, the session will start with the app opened, which was uploaded to the selected device. Inject the image that needs to be captured using the image injection tool in the toolbar and upload the image by clicking the “Upload new asset” button. Step 5 – When the image is uploaded successfully, and the app is opened in the background, open the barcode scanner. Step 6 – The camera of the device will be launched, and a black screen will be shown to capture the barcode image. Step 7 – Once the image is captured, it will be replaced by the previously injected image, and the app will convert the barcode into human-readable code, as shown in the image below: By using BrowserStack App Live’s camera image injection feature, Barcode functionality on any mobile app can be tested on different android and iOS real devices on cloud by simply reading the code and injecting it into the camera. This industry-first feature allows the QAs to test on a fleet of different real devices without the need to buy them using its cloud infrastructure, giving accurate test results.