Maven is a POM (project object model) based build automation and project management tool written in Java. However, it is compatible with projects written in C#, Python, Ruby. Developers or Automation testers face a common problem while using versions of JAR’s/dependencies as all of their code is placed in Eclipse, IntelliJ.

As per research by the International Journal of Computer Techniques, 65% of programmers use Eclipse as their IDE and out of them, more than 65% uses Maven as their build tool. Hence, it is the most popular build management tool in the market.

What do you understand by Maven Dependency?

For a smaller project with few functionalities or modules, a user can manually download JAR’s or dependencies and can add in the project. However, if a user is working on a medium or large project with many modules and a big team, then Maven plays a vital role in project management. It is a challenging task to ensure that all the team members are using the same dependency version. This issue can be solved by standardizing the dependency version for all.

Maven is widely used for dependency management in Java. It also provides a predefined folder structure to write the code. We can add different plugins and JARs in our project.

Facts: Many users get confused by facing multiple dependencies in the Maven Dependency folder without adding them through pom.xml, or manually. This is because some dependencies depend on other dependencies, so if one wants to add them then they add dependent dependencies automatically, this feature is known as a transitive dependency. One can refer to the guide offered by Maven Apache.

For example, let a Selenium Tester add Selenium 3.14.0 version using Maven pom.xml (as shown below). After adding it, some other JARs also get added like selenium-API, selenium-chrome-driver, selenium-edge-driver.

Just Press Ctrl+ Click on Selenium Dependency. It opens the Selenium pom XML where all the dependent dependencies are mentioned.

After adding this dependency, the Maven Dependency folder is updated with below JARs: Concept: What is Transitive Dependency?

Whenever a programmer adds dependency which in-turn depends on another dependency, Maven automatically downloads the dependent JARs and adds them in the Maven Dependency folder. This feature is known as transitive dependencies.

Getting Started: How to Install Maven 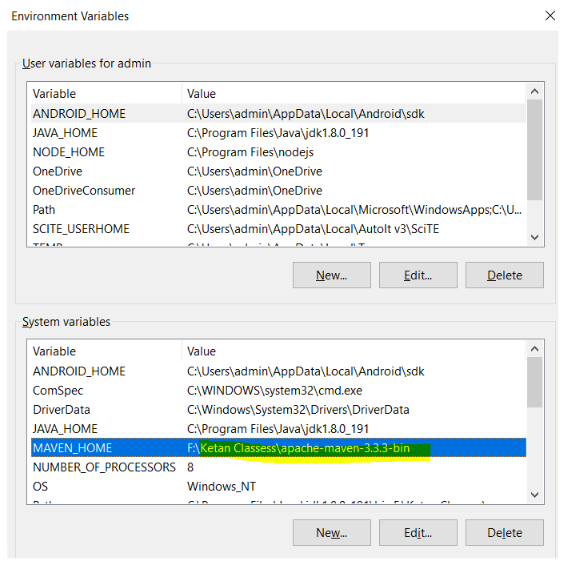 To verify whether Maven is installed or not, open the command prompt and run the command ‘mvn –version’ and then hit enter. It should return the Maven version, in this case, Maven 3.6.1.

Creating a Maven project and adding the Selenium Dependency

User can create a Maven project and add the desired dependency using the below steps:

Saving or Updating the Maven Project: Check if Dependencies are added

There are various applications of Maven as dependency management. Listed below are a few applications:

One can download M2E Eclipse plug-in from Eclipse Marketplace.

How to configure the TestNG XML in pom.xml

Selenium testing using TestNG can be powerful. We can prioritize our test methods by using TestNG. Users can easily integrate the TestNG XML with Maven.

Users can place TestNG.xml in the Maven folder and use the below code snippet inside the configuration tag, that can be placed in the pom.xml to integrate the testing with Maven.

How to Run the Maven Project?

There are multiple features available in Maven, to run the Selenium Java code. They are as follows:

Maven clean: Clean the Target folder to start the fresh run so that previous output files can be deleted before running a fresh run.

Maven build: Build command builds the code and verifies whether all the test cases are running fine. If the code is flawless, then Build is successful else the build fails. For a build to be successful, code should be flawless.

In case of a Build Pass or a Build Fail, this kind of report is displayed in the command prompt

Maven Install: Maven install command is the combination of both Maven clean, and Maven build command. First, it cleans the target folder files from the previous run and then builds a fresh one.

These commands, along with running methods, can also be executed without using an IDE like Eclipse, IntelliJ. Here are the steps to run the maven project from Command prompt: With evolution in technology, Future Proof Testing works best to ensure that the application would w... How to view desktop sites on Android

Step by step tutorial on how to request the desktop view of a site on real Android devices. Run test...