Selenium is the first thing that comes to mind when planning to automate web application testing. It is not only open source but also a portable framework for web applications that supports Java, C#, Ruby, and Python. Choosing the correct language depends on the application under test, the supporting community, available test automation frameworks, usability, elegance, and seamless build integration. As per StackOverflow, Java is the third most popular back-end technology after JavaScript and SQL. Also, the Java testing framework can help a project in cost management by reducing the project’s over-expenditure or poor-quality management approaches. Going ahead, we will learn Selenium with Java to run automated tests.

Why do Developers learn Selenium with Java?

A good community of developers to create documentation and resolve issues has helped Java to become the most preferred language among application developers. Thus, writing Selenium test cases using Java has multiple benefits:

Eventually, choosing the correct language varies by project, organization, and individuals driving it. An essential criterion is to know the language in-depth when dealing with Selenium.

To learn Selenium with Java, one must combine the different components to start coding.

This section teaches how to set up and run a simple test through Selenium with Java bindings.

The following components will get started with Java to run Automated Tests: Eclipse is a Java development platform for writing and running code.

Once downloaded, extract the contents of the downloaded file and then move to the next step, configuring Selenium Webdriver with Eclipse.

This is a vital step of starting with Selenium. To configure Eclipse with the Selenium Webdriver client,

From the Properties window, navigate to ‘Java Build Path’ and click on ‘Add External JAR’s Add the downloaded Selenium Jars and click on ‘Apply and Close.’ Selenium with Eclipse is configured now. Now Eclipse is ready to execute the first script.

Post downloading, below is the code snippet to run the first test using Selenium and Java:

In the code snippet above, we have used the Selenium keyword driver.get(“URL to open in browser”) to open URL in the desired browser. Other keywords like driver.close help to close the browser window as a cleanup part.

This was a quick starter to learn Selenium with Java and run Automated Tests. One should also consider the best practices while writing Selenium tests.

Some of the essential aspects to remember while writing Selenium tests with Java are:

Selecting locators are the building blocks of a Selenium script, and using the right one is critical. If incorrect locators are used, they tend to make the script flaky and unreliable. Using ‘ID’ and ‘Name’ locators is easy. They also provide faster execution and are more reliable than CSS and XPath.

When we talk about testing, it is about testing the software on multiple permutations and a combination of data. The same should be incorporated into the Selenium tests. Multiple data points should drive all Selenium tests, and a data-driven framework helps achieve this.

For WebElements or a page to load, it is essential to give a specific halt time to the script and avoid failure. Selenium provides certain waits like ‘Implicit’ or ‘Explicit’ to achieve this. Both these waits halt the execution of the script until it finds the element.

Don’t make scripts specific to a Browser or Driver

The key to writing a good test is validating the tests. Just like when one writes a test case and mentions the actual and expected results, one needs to assert the tests in Selenium with the help of assertions provided in frameworks like TestNG and JUnit. If the assertions are not used, the testing process is incomplete, as it does not validate the test build’s correctness.

As a QA tester, it is essential to provide proof of testing for failures with supportive screenshots. The same stands for Automated Selenium testing. In case a test fails, it is vital to have corresponding screenshots. This helps explain the bug to the developer, who can debug it instantly.

Similarly, from a reporting perspective, to provide insight to the stakeholders, it is valuable to share reports with them, to establish the stability of the product. For this, Selenium provides a default reporting system with frameworks like TestNG and provides further customizations to them using listeners. 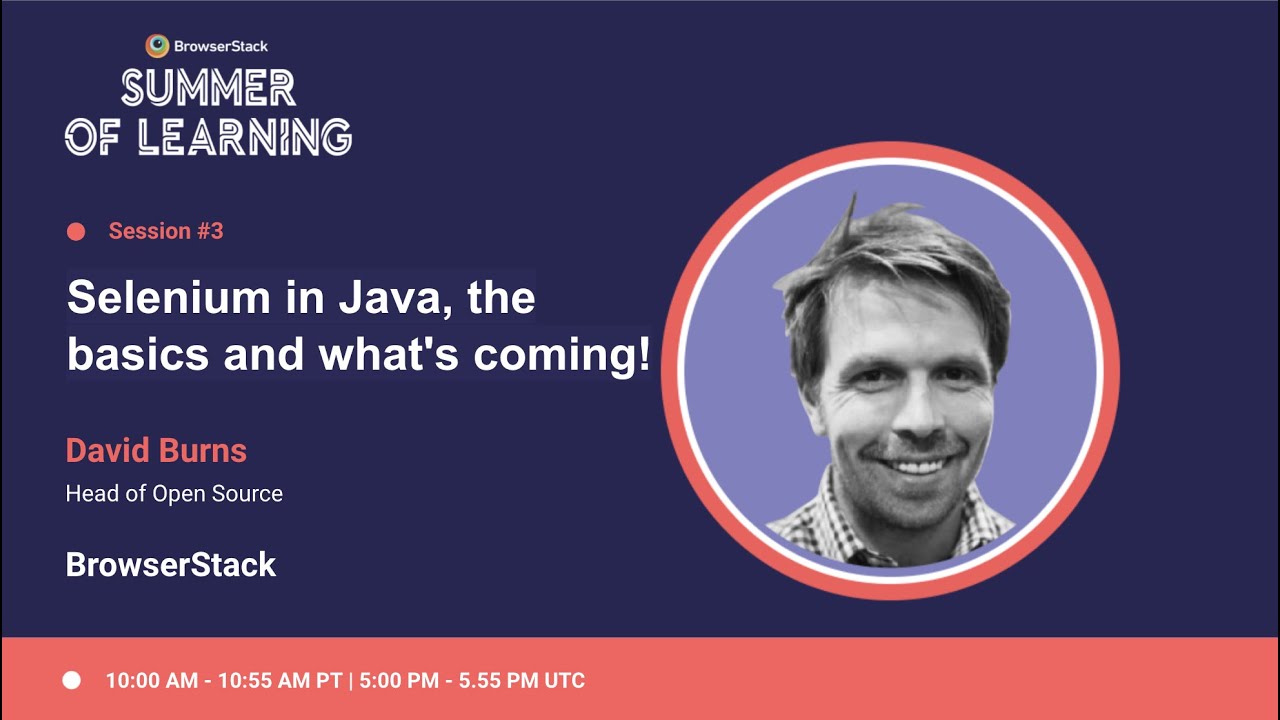 Java is one of the popular programming languages used by Devs and QAs. Check out the list of Top Jav... Appium with Java: Getting Started to Run Automated Tests 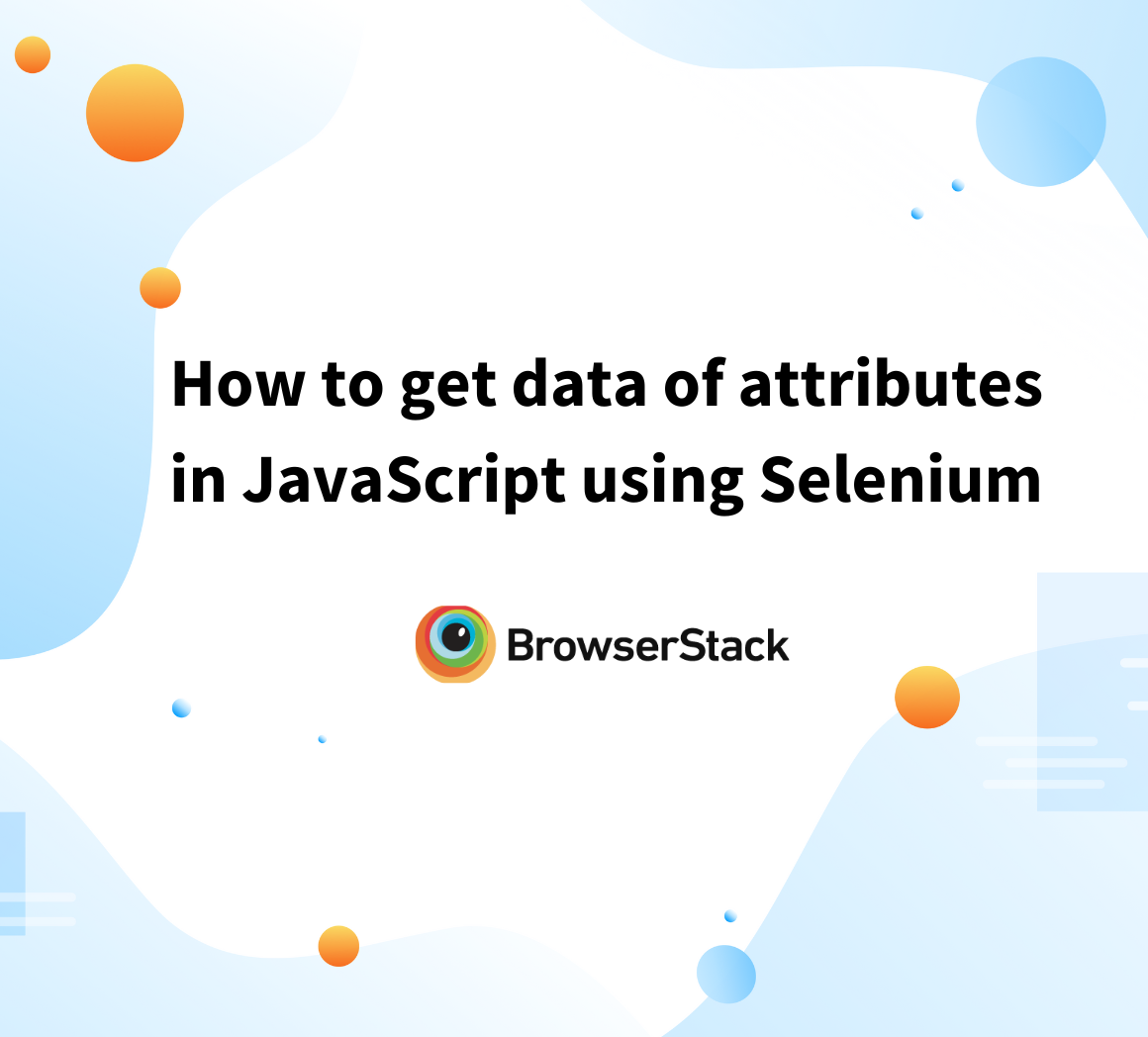 How to get data of attributes in JavaScript using Selenium

Are you looking for a way to get data of attributes in JavaScript with Selenium? Look no further! Th...

Appium with Java: Getting Started to Run Automated Tests