The significant advantages of using Selenium include –

Selenium tests instruct the browser what to do. Selenium enables teams to perform tests on Windows, Linux, or Mac, and in browsers like Chrome and Safari.

Selenium includes WebDriver API and RemoteWebDriverclass as a Selenium client, and the server part consists of –

WebDriver is the core component of the Selenium framework. WebDriver enables one to perform automated cross browser testing irrespective of the programming language used. It provides certain best practices for conducting automation tests.

After a notable breakthrough in the javascript framework, it becomes inevitable to explore Selenium automation with the most popular test automation frameworks like Mocha, Nightwatch, and Protractor.

Javascript frameworks are end-to-end frameworks and, choosing the right one is a challenging task based on –

Advantages of using Javascript frameworks include –

Let us get started with the intended frameworks of this article!

Mocha is a Nodejs testing library that enables one to run tests sequentially. Mocha provides a great feature and an API that structures the testing code into test case modules and test suites. For running Mocha, one can use the command line(CLI) or run programmatically.

To install Mocha use the npm command:

For each describe block, Mocha provides the hooks which can be invoked with any optional description that makes it easy to pinpoint errors. before(), after(), beforeEach(), afterEach() are hooks that run before and after each test case as well as the whole suite.

The easiest way to implement Selenium tests, is probably the “async/await” approach. The selenium web driver which returns Promises makes the approach easy. Given below is package.json that includes dependencies for creating necessary tests. In such a case, make sure the driver and browser version should be compatible with each other. In this case, use the chrome version >= 67.0.3396.0 and if you are using an older version of chrome, then change the driver

Chai is an assertion library that helps to implement test suites. When you add chai dependencies, the addition would look like:

Nightwatch is another testing framework for web applications and websites. The main advantage of Nightwatch includes:

Nightwatch is beneficial for e2e automation testing as it enables us to write end-to-end tests in node.js quickly and effortlessly. Nightwatch simplifies the process of continuous integration and set up automated tests. With Nightwatch, one can comprehend and configure the Selenium test suit and select the specific browser to execute tests. It allows executing the test cases in parallel that further reduces the build time.

Once downloaded, extract the zip file and add Selenium binding and all the dependent libraries to the classpath.

For selenium dependencies, use the command

Note: Protactor development will be stopped by end of 2022. Click here for more details and Protractor alternatives you can migrate to.

Protractor is an essential framework for testing Angularjs applications. Also, it is beneficial for writing automated regression tests. Sometimes, it is hard to detect web elements in Angularjs application, and usually, selenium web driver fails with the extra HTML attributes like ng-controller, ng-model. Thus, Protractor on top of Selenium controls those elements and focus on testing the actual functionality.

Advantages of Protractor when it uses Selenium to automate browser behavior –

Comparing Mocha vs Nightwatch vs Protractor

It’s suggested to select a tool based on the application and knowledge levels of the team. Various questions should be analyzed before making the final choice like: 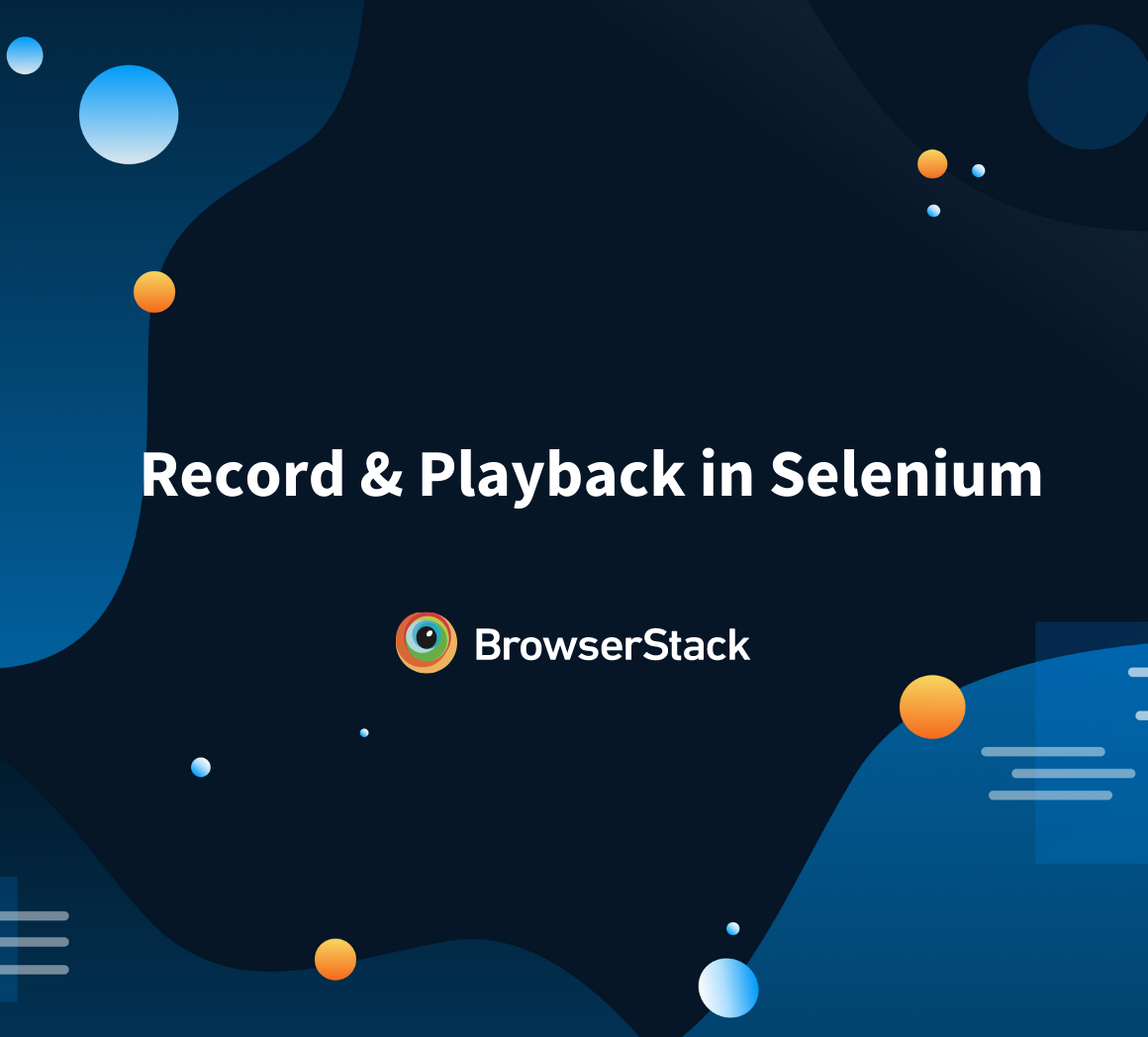 Learn how to use Record and Playback in Selenium. Step-by-step tutorial with images. Are you getting the most out of automated tests? Can you leverage parallel testing on real devices a...