Visual Testing, sometimes called visual UI testing, verifies that the software user interface (UI) appears correctly to all users. Essentially, visual tests check that each element on a web page appears in the right shape, size, and position. It also checks that these elements appear and function correctly on a variety of devices and browsers. In other words, visual testing factors in how multiple environments, screen sizes, OSes, and other variables will affect software.

To learn more, refer to Visual Testing: A Beginner’s Guide.

Obviously, like most forms of testing, visual testing should be ideally automated. This requires the right tool: one which manages the test process and generates reports for manual testers to study and approve/disapprove.

Percy by BrowserStack is one of the best-known tools for automating visual testing. It captures screenshots, compares them against the baseline images, and highlights visual changes. With increased visual coverage, teams can deploy code changes with confidence with every commit.

With Percy, testers can increase visual coverage across the entire UI and eliminate the risk of shipping visual bugs. They can avoid false positives and get quick, deterministic results with reliable regression testing. They can release software faster with DOM snapshotting and advanced parallelization capabilities designed to execute complex test suites at scale.

Percy’s SDKs enable users to easily install them and add snapshots. The visual testing tool also integrates with CI/CD pipelines and source code management systems to add visual tests to each code commit. As mentioned before, once tests are initiated, Percy takes screenshots and identified visual changes. Then, testers can easily review visual diffs to decide if the changes are legitimate or require fixing.

By incorporating the core practices detailed above, visual testing can be streamlined for greater speed, accuracy, and efficiency. Couple them with the right tools to deliver visually perfect applications quickly and consistently. Launching a new website? Don't forget to run these tests before going public. Ensure that your site ... 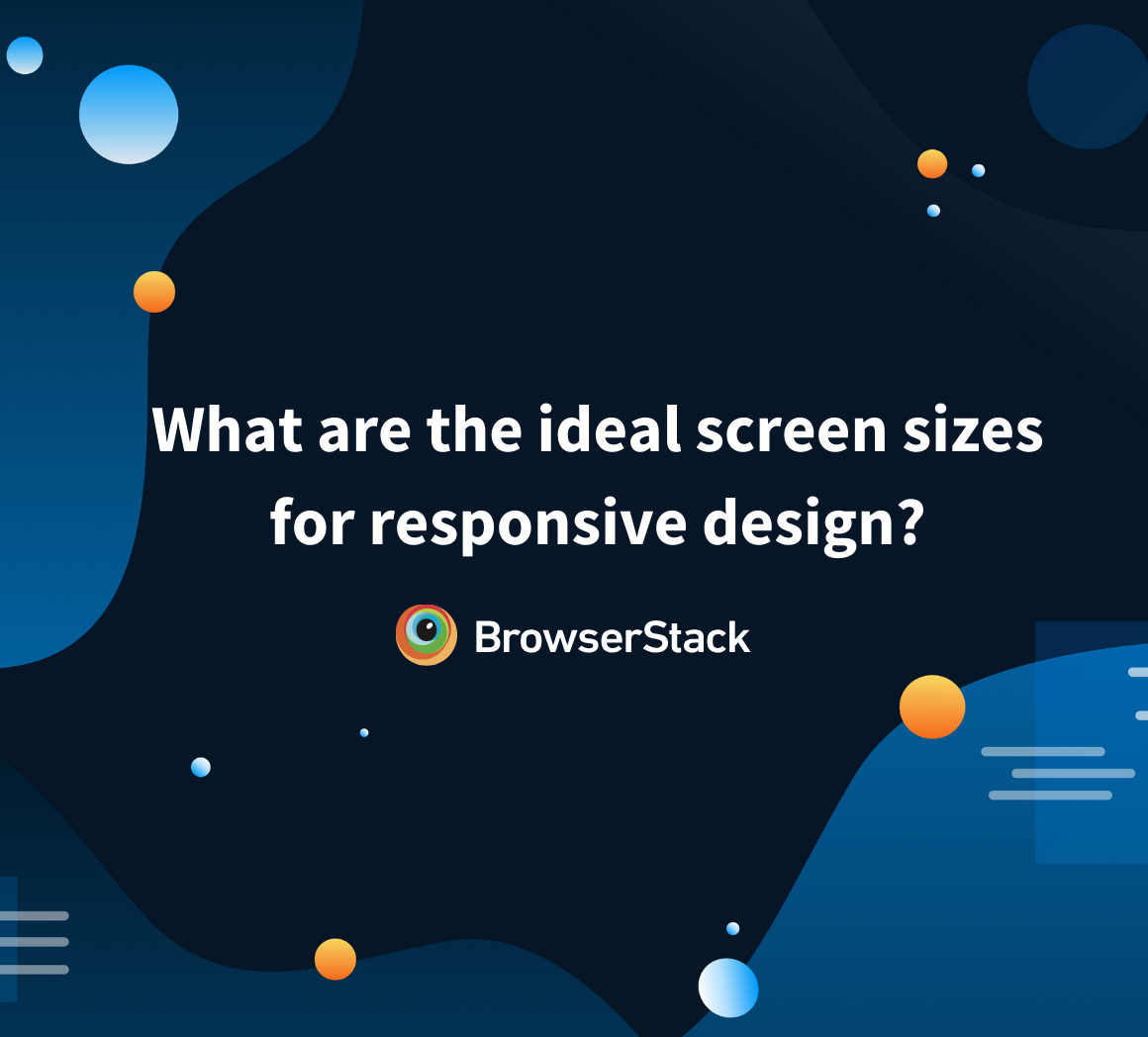 What is the ideal screen size for responsive design?

Are you testing your website's responsive design on the right screen sizes and resolutions? This art... What is the ideal screen size for responsive design?