How to test Android Apps on macOS

Testing Android apps across numerous Android handsets for thoroughly validating the functionality of all the features is a tricky and daunting task. Android is the leading mobile OS globally, with a 72% market share.

Moreover, Android is a highly fragmented ecosystem. It becomes very critical for QA teams to ensure they thoroughly test apps across the widely used Android devices. This will help deliver a seamless experience across all the possible Android versions and handsets among their target audience.

However, developing bug-free apps for such a fragmented ecosystem demands comprehensive test coverage under tighter deadlines.

In such a scenario, QAs need a comprehensive test infrastructure that allows them to test their Android apps on the desired device-OS version. However, it is not feasible for organizations of all sizes to set up an extensive device lab on their premises as it requires huge investments.

Although one might think of using third-party Android emulators or emulators available in the Android Studio IDE for testing apps, it is not the best method to test apps extensively. Moreover, testing on emulators is an extremely time-consuming and effort-intensive task. Mobile testing teams need a better scalable solution to test their Android apps at scale from macOS or Windows in real user conditions.

Here’s where this article aims to describe an effective and scalable cloud solution for teams using which they can address their app testing challenges.

BrowserStack is a leading cloud-based testing platform that empowers QAs to test their Android apps manually or using automation frameworks on the desired device. It offers an extensive device infrastructure on its real device cloud for comprehensive testing in real user conditions.

The real device cloud comprises the latest and legacy handsets from leading vendors like Samsung, Google, OnePlus, Motorola, etc. Moreover, the process of testing apk file on the desired device is very intuitive as one can access the entire test infrastructure directly through a web browser on a macOS or Windows.

Listed below are the steps to test Android apps on macOS or Windows using BrowserStack:

That’s how convenient it is for developers or QAs to start Android app testing on the required device. Teams do not need to worry about setting up or maintaining mobile device labs on their premises. One simply needs to log in> upload the app (.apk file) > choose the desired Android handset, and start testing without any complex setup or installation.

All the handsets are hosted on a secure cloud and are available for 24×7 testing from anywhere in the world.

Developers and QAs can also leverage the local testing feature to test work-in-progress mobile apps at scale without hosting them in public staging environments.

Besides, teams also get access to the following features from the toolbar:

With access to such highly productive features, developers and QAs get an inclusive testing environment that helps them release market-ready apps.

As mentioned earlier, Android is a heavily fragmented mobile ecosystem. To release bug-free apps for such an ecosystem, teams need a comprehensive and scalable test infrastructure that allows them to test their Android apps extensively in real user conditions from macOS or Windows.

Incorporating the solution provided above, teams are bound to achieve a higher test coverage within tighter timelines. Moreover, it will allow them to have the edge over their competitors by releasing apps faster.

Android Mobile App Testing
Was this post useful?
Yes, Thanks Not Really

Thanks a lot for your feedback!
Tags
Android Mobile App Testing How to Test IE on Mac

Step by step tutorial on how to test website on real IE browsers while working on Mac. Learn to test... 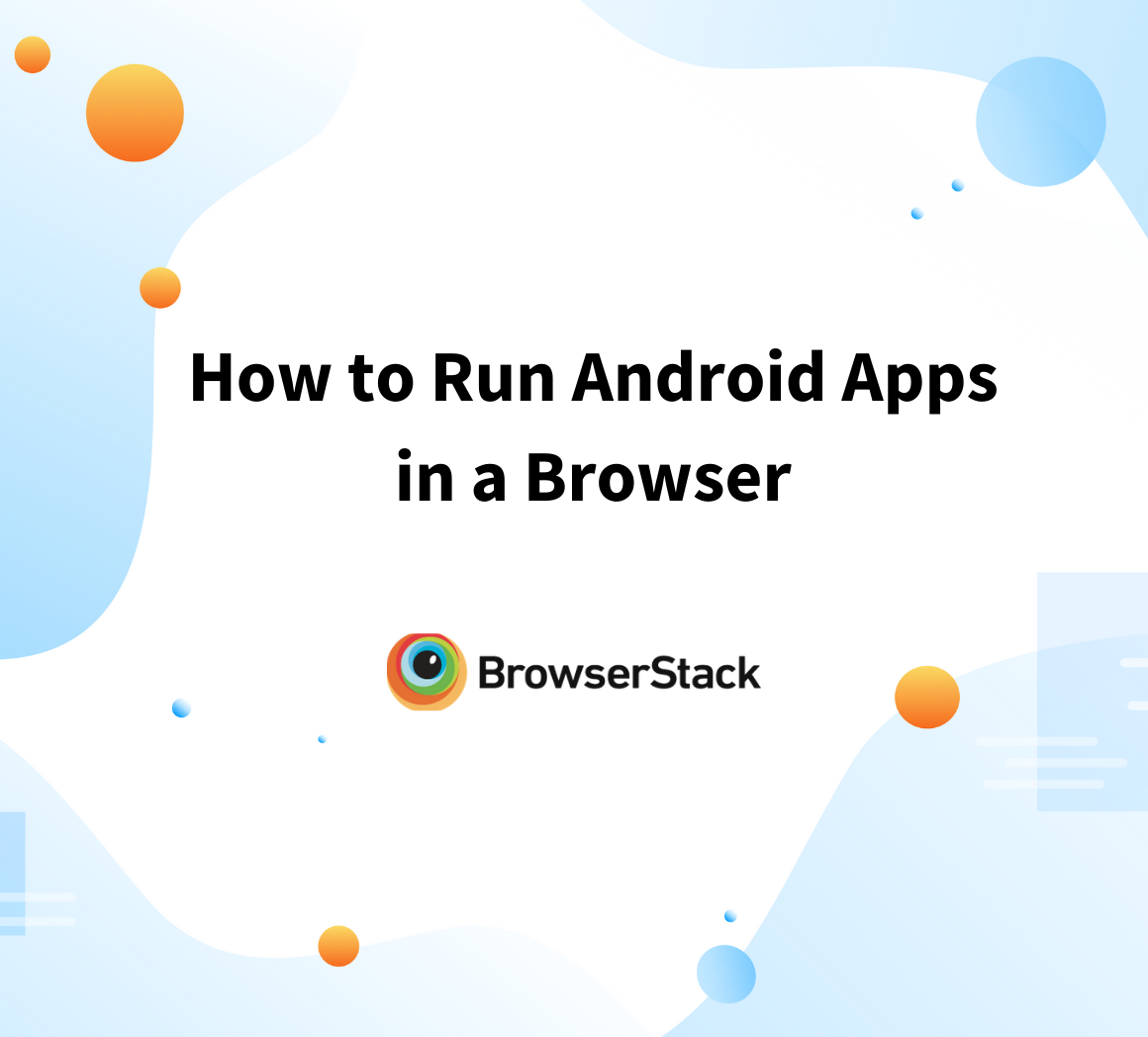 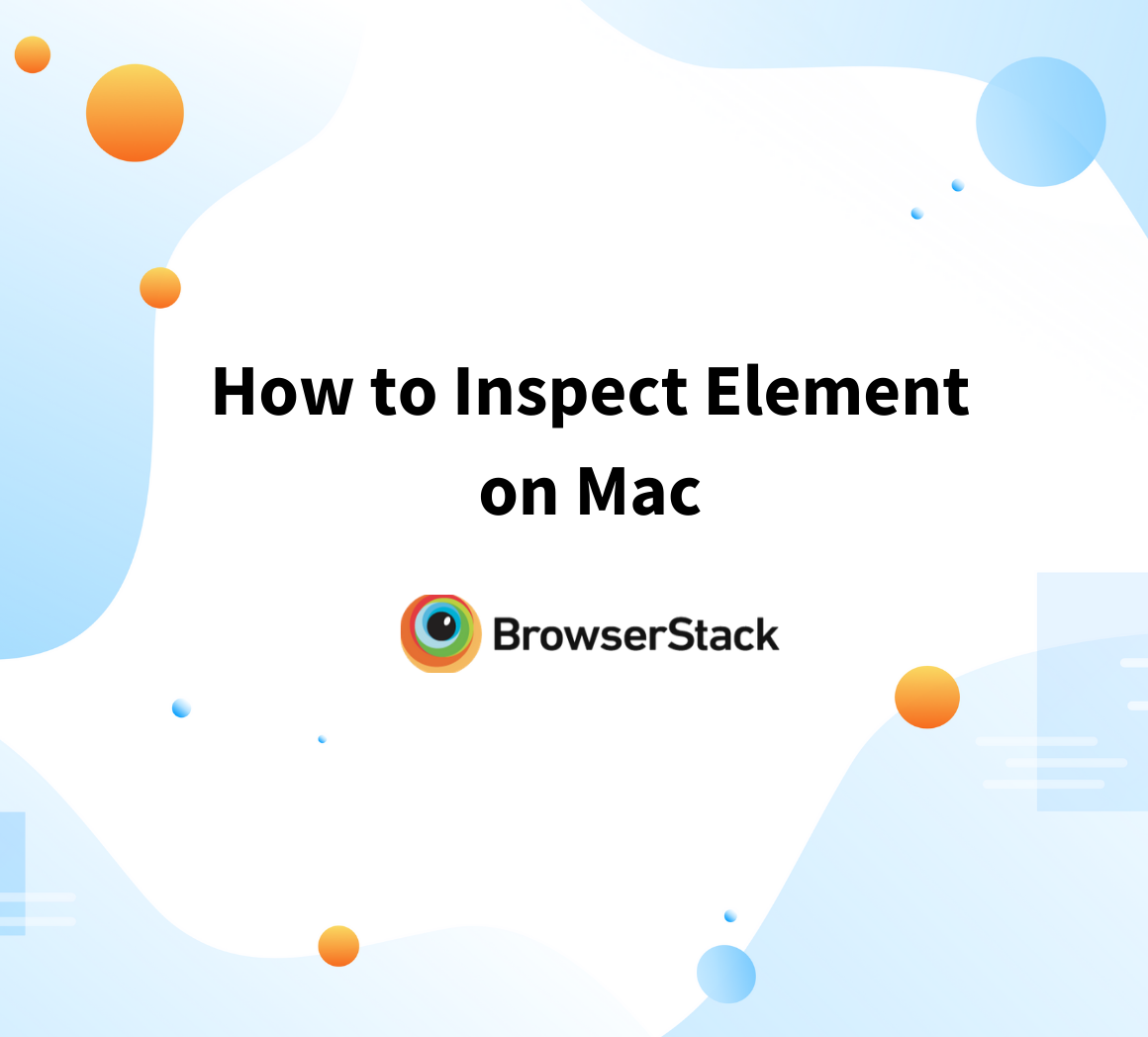 How to Inspect an Element on Mac

For Mac users willing to know how to enable the Inspect Element feature in Safari, this article prov...

How to Test IE on Mac