The Importance Of Code Reusability In Software Development Pre-existing code can be recycled to perform the same function or repurposed to perform a similar but slightly different function. Code reusability increases productivity reduces costs, and improves overall quality. Reusability in software development is a highly popular and productive practice.

Features that Code with a Potential for Reuse should have:

Code Reuse can be planned. Development teams can write software components with the vision to reuse them in the future, or, on some occasions, developers may realize that they have code from previous projects that can be reused by sheer coincidence.

There are two major types of code reuse:

Microservice architecture is used by several organizations today and serves as a good practical example of how code reuse can be implemented in real software development projects. Small independent services or components, created by various small autonomous teams, make up a microservices architecture. Each service is independent of the other, and to operate as software, these services communicate via a simple, lightweight API.

This type of design enables companies to produce software more quickly. The autonomous teams are given more latitude in how they update and release code or respond to an application requirement. Additionally, teams can be more creative since they need to focus on only one independent service, and their communication requirements are minimized.

This disconnect between the teams may also be harmful. The developers can write code once and utilize it multiple times at different locations in the application, thanks to the code reuse in a microservices architecture. Due to the large range of functionalities a piece of code can assist with, it is possible to reuse it several times within a microservice. However, code reuse between distinct microservices presents greater difficulties.

The purpose of a microservice architecture is to reduce any potential dependencies; by reusing code between autonomous teams, there is a high probability that dependencies will arise.

Checklist to Ensure the Quality of Reusable Code

Before reusing any code it is vital to ensure that the quality of the code is up to par. There are four major items that need to be evaluated to determine whether the code quality is sufficient for code reuse.

Code reuse can greatly optimize the development process of applications and increase productivity in software development teams. It can help save on costs, and time, reduce development risks, and prevent code bloat.

Several challenges, such as communication or administrative issues, as well as office politics, can also hinder the potential of code reuse. However, under the right circumstances, code reuse is well worth implementing.

It is always important to test code prior to reuse in order to ensure that the feature set works as planned. BrowserStack allows you to test your web and mobile applications on 3000+ combinations of devices, operating systems, and browsers. With Browserstack, users can perform manual or automated tests seamlessly using different frameworks such as Selenium, Cypress, Playwright,  Puppeteer, Appium, Espresso, and XCUITest.

Automation Testing quality assurance
Was this post useful?
Yes, Thanks Not Really

Thanks a lot for your feedback!
Tags
Automation Testing quality assurance Understanding Code Review and its Benefits

Read code review best practices that explain how to streamline the code review process in the agile ... 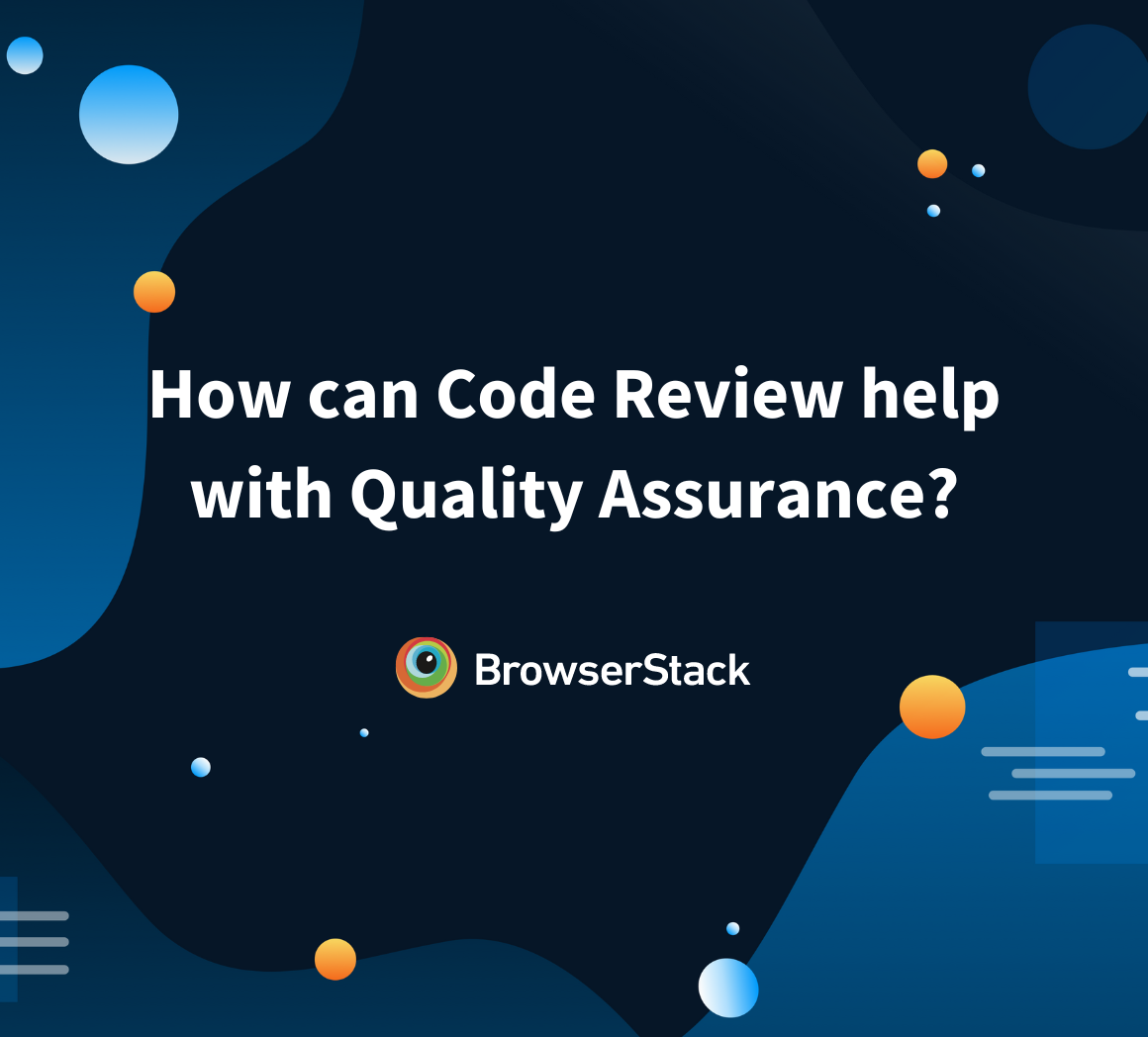 How can Code Review help with Quality Assurance?

Are you looking for ways to improve your quality assurance process? Code review is a great way to do... Understanding Code Review and its Benefits

How can Code Review help with Quality Assurance?