Get Started free
Home Guide Manual Testing vs Automation Testing: How to optimize for testing & costs

Automation testing has been a buzzword in the world of testing. It has helped companies take new features to market faster while ensuring a bug-free user experience. It has improved the productivity of developers and QA testers, while ensuring a massive increase in test coverage, to keep up with the proliferation of different devices, browsers, and operating systems. However, manual testing has retained its own special place.

Manual Testing vs Automation Testing: Which is the best?

When it comes to manual testing vs automation testing, there is no one factor that determines which is best. It completely defers on a case-by-case basis. There are a lot of things that one must consider while choosing the way by which they want to test the feature/product. These things are mentioned in detail in the article.

Well, the answer is no. Although automation testing exhibits a higher accuracy for algorithm-based test cases, Automation Testing does not stand up to expectations when it comes to testing usability, functionality, aesthetics, UX, or behavior.

It is because automation, no matter how smart it is, still lacks cognitive abilities and cannot depict human-like intelligence when it comes to decision-making.

This is where Manual Testing stands strong and beats Automation. 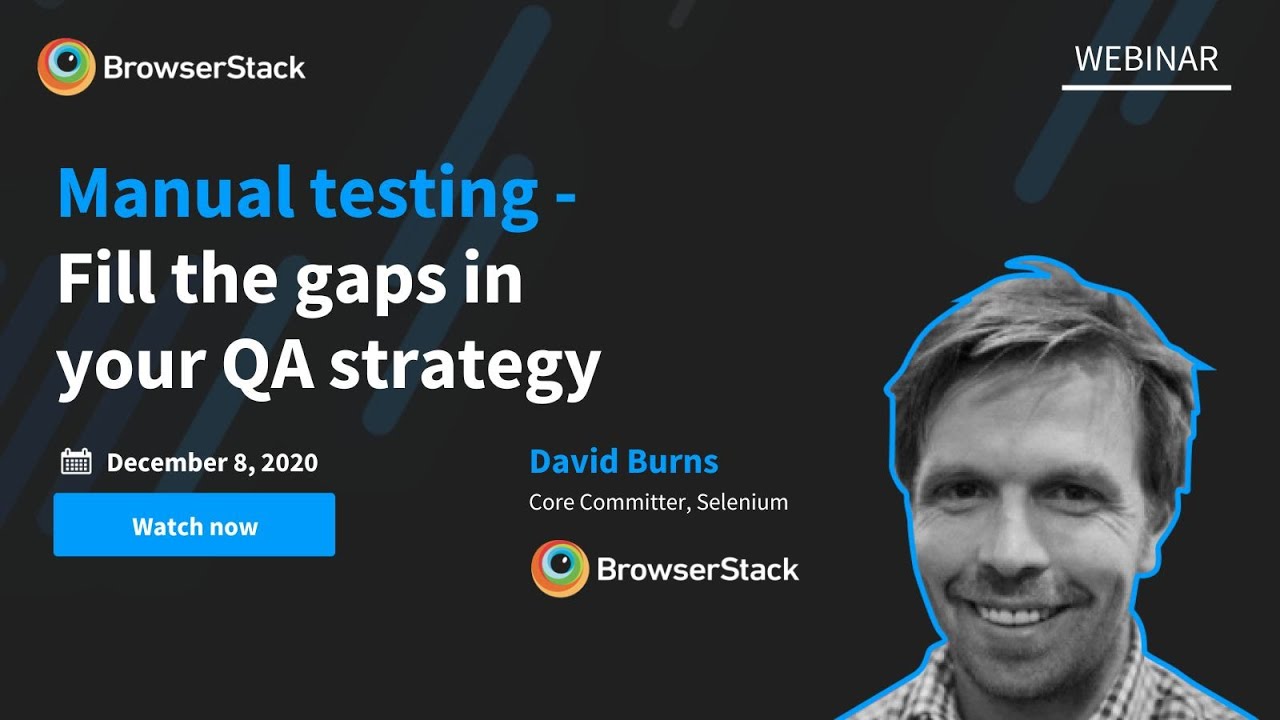 Before diving into the article, let’s take a quick detour to mention the importance of real browsers and devices for both manual and automation testing.

Whether manual testing or automated testing, real devices are non-negotiable in the testing equation. The device pool for testing must include not just the latest devices, but also older devices still active in the market. Since you can’t know which device will be used to access a website or app in a highly fragmented landscape, the more devices one can run tests on, the better.

Remember that emulators and simulators cannot provide real-world conditions for comprehensive software tests. Without real devices, it is not possible to monitor how a website or app fares in line with geolocation testing, low battery life, incoming calls, and multiple other features.

What is Manual Testing?

With traditional manual testing, the testers manually look out for defects in the software by following a written test plan consisting of sets of various test cases. It requires the tester to step into the shoes of a user and analyze the behavior of the website or mobile app, whether it is functionally in sync or does it delivers a different and often erroneous behavior than expected.

Testers are required to point out discrepancies and inconsistencies from the expected behavior and report them as defects to developers. Developers need to replicate the same bug and then fix these bugs. All this had to be done when there was pressure from multiple teams to push the changes to production right away.

When should you use Manual Testing?

Manual Testing prevails when cognitive and behavioral abilities are required to test the software.

It mainly works well for testing:

To get the best results in Manual Testing, one needs a QA tester who has an eye for detail and a proactive approach. Manual testing can deliver high performance when the tester (be it a developer, QA engineer, Product Manager, or Designer) exhibits a multidimensional approach and has a deeper understanding of technical and business use case aspects of the website & app.

Must Read: Why is Manual Testing not sufficient for Continuous Delivery?

To make your Manual Testing comprehensive tools like BrowserStack Live can help with access to 3000+ real devices and browsers.

Evolution of Testing: From Manual to Automation Testing

As the market’s dependency on technology grew, companies needed additional features to be shipped faster, to keep pace with different user needs and to stay ahead of the competition. Rapid development and adoption of Agile methodologies moved from being nice to have to must-have.

Faster development cycles were introduced as a part of Agile methodologies that aimed to implement new features within a sprint that lasted a few weeks. However, while keeping the development cycles shorter, the time dedicated to software testing was reduced. This resulted in more bugs and a bad experience for users on less popular devices, who formed a long tail.

Must Read: How to move from Manual to Automation Testing

Although Manual testing performs well in areas that require quick early results and analysis, it does not yield fruitful results for testing areas that require repeated iterations and execution of the code. It also cannot match up when the scale is huge, as it consumes time and could end up causing unnecessary delays in a fast-moving technology space.

This is where Automation Testing comes into the picture. The ability to run iterative, parallel tests on multiple devices, browser versions, and operating systems in one go, with error logs and reports automatically generated, can easily be the difference between a market leader and a weak competitor.

Read more: How do you ensure maximum test coverage?

It is important to choose the right automation testing framework, as it could optimize the testing process by delivering high performance with low maintenance costs.

This framework could be linear, structured, data-driven, key-driven, hybrid, or agile in nature depending upon the business requirements. The automation framework provides the required infrastructure that the automation testing tool can use to perform testing.

When should you use Automation Testing?

The key advantages of Automation Testing over Manual Testing are

With these benefits of Automation Testing, it is mostly preferred when the scale of testing is large, where the development cycle is shorter and one needs to repeatedly execute codes that have a higher frequency of iterations.

A couple of common scenarios requiring automation testing would be:

To ensure the overall performance of the software in terms of functionality, load-bearing, UX, UI, usability, cross-platform compatibility, it is important to use the right testing product that addresses each of these areas effectively.

BrowserStack offers both manual and automated testing tools, for websites and apps. The manual cross browser testing tool has an easy-to-use interface to quickly start a test and find or replicate bugs. Our automated testing tool seamlessly integrates with multiple frameworks, provides the maximum device coverage and appropriate logs to find bugs at scale. You can run tests on a Cloud Selenium Grid of 3000+ browsers and devices, or opt for Cypress testing on 30+ real browser versions.

How do you prioritize Manual vs Automation Testing?

For a highly efficient engineering team building awesome websites and apps, striking the right balance between manual and automation testing is essential. This ensures fast deployment of bug-free websites and apps while controlling costs. Detailed guide on migrating from Manual to Automation Testing along with steps and best practices fo... Understand why manual testing is not the best approach for matching the pace of your CD and Agile de... Why should Startups focus on Manual and Automated Browser Testing?

If you're a startup, it is important to get your product out as quickly as possible without tamperin...