By Sadhvi Singh, Community Contributor and Pradeep Krishnakumar, Manager - May 18, 2021

As teams move towards continuous development and delivery model for the software world, they are exploring solutions to increase their pace of delivery. QA teams try to this by reducing the testing time. Usually, the wrong approach taken is to reduce test coverage based on risk analysis by only testing on limited browsers, browser-versions, and OS based on a maximum target audience usage.

In parallel testing, we test different modules or applications on multiple browsers in parallel rather than one by one.

The parallel test execution is different from sequential testing, where we test different modules or functionalities one after the other. Even in the case of testing applications on multiple browsers, tests are performed sequentially on various browsers. This approach of testing is very time-consuming.

Parallel testing helps to reduce execution time and efforts and results in a faster time to delivery. It proves to be handy specifically in case of cross browser testing, compatibility testing, localization, and internalization testing. In a scenario where we have two versions of software available, and we need to check its stability and compatibility, we can run the two versions simultaneously and find issues at a much faster rate.

In this post, we explain how to run parallel tests by using Selenium with TestNG.

TestNG is a testing framework for Java that helps to organize tests in a structured way and enhances maintainability and readability to the scripts. TestNG has made it easier for automation testers owing to its large feature set. One of which is parallel testing or parallel execution. TestNG provides an auto-defined XML file, where one can set the parallel attribute to method/tests/classes and by using the concept of multi-threading of Java, one can set the number of threads, one wants to create for parallel execution. Below is the structure for defining this attribute in the TestNG XML:

The parallel attribute can be extended for multiple values, as below:

Along with the parallel attribute, the thread-count attribute helps in defining the number of threads one wishes to create while running the tests in parallel. For example, in case one has three methods, with thread count as two, then during execution, two threads shall start in parallel with the corresponding methods. As the first method execution is completed, and the thread gets free, it takes up the next method in the queue.

Let’s look into the code snippet to understand the parallel execution process. In the example below, I have created two methods. One uses chrome to open the Browserstack homepage where the other uses the firefox browser to sign up on the Browserstack platform. In this code snippet, we are executing both these methods in parallel, by setting up the thread count in the TestNG XML file as 2. Refer to the below snippet and TestNG XML file: Based on the requirements, one can set up the thread count and parallel attribute. Now, let’s understand how parallel execution makes testing faster.

The Execution Race – Parallelization vs Serialization

Let us look into an interesting case study, that would give a clear insight into how parallelization makes testing faster and gives a better RoI. Let us consider the same code snippet that contains the two methods, which would run in parallel in two different browsers, one is a test on Chrome, and another is a test on Firefox.

The below image indicates the time taken to execute both the methods in parallel:

From the statistics above, we can see that parallel test execution took almost 1.5 times less time than serialization. With this reduced execution time, we can complete the testing cycle faster, resulting in quicker delivery, and also leading to a better ROI.

An interesting fact to note is, increasing the number of threads may not substantially reduce this number to a lot in comparison to serialization, so choosing the threads is also an essential factor in parallelization.

The era of Cloud-Based Testing

Owing to the need for having access to multiple platforms and browsers to run tests in parallel, the cost of compatibility testing with parallel testing increases. Also, we may come to a point where access to all browsers and versions may not be possible. BrowserStack provides access to numerous platforms and browsers with their corresponding versions on the cloud. One can run automated parallel tests and use multiple browsers and versions. How to use DataProvider in Selenium and TestNG?

Learn how to run automated tests for Data Provider in Selenium TestMG with examples to provide compl... 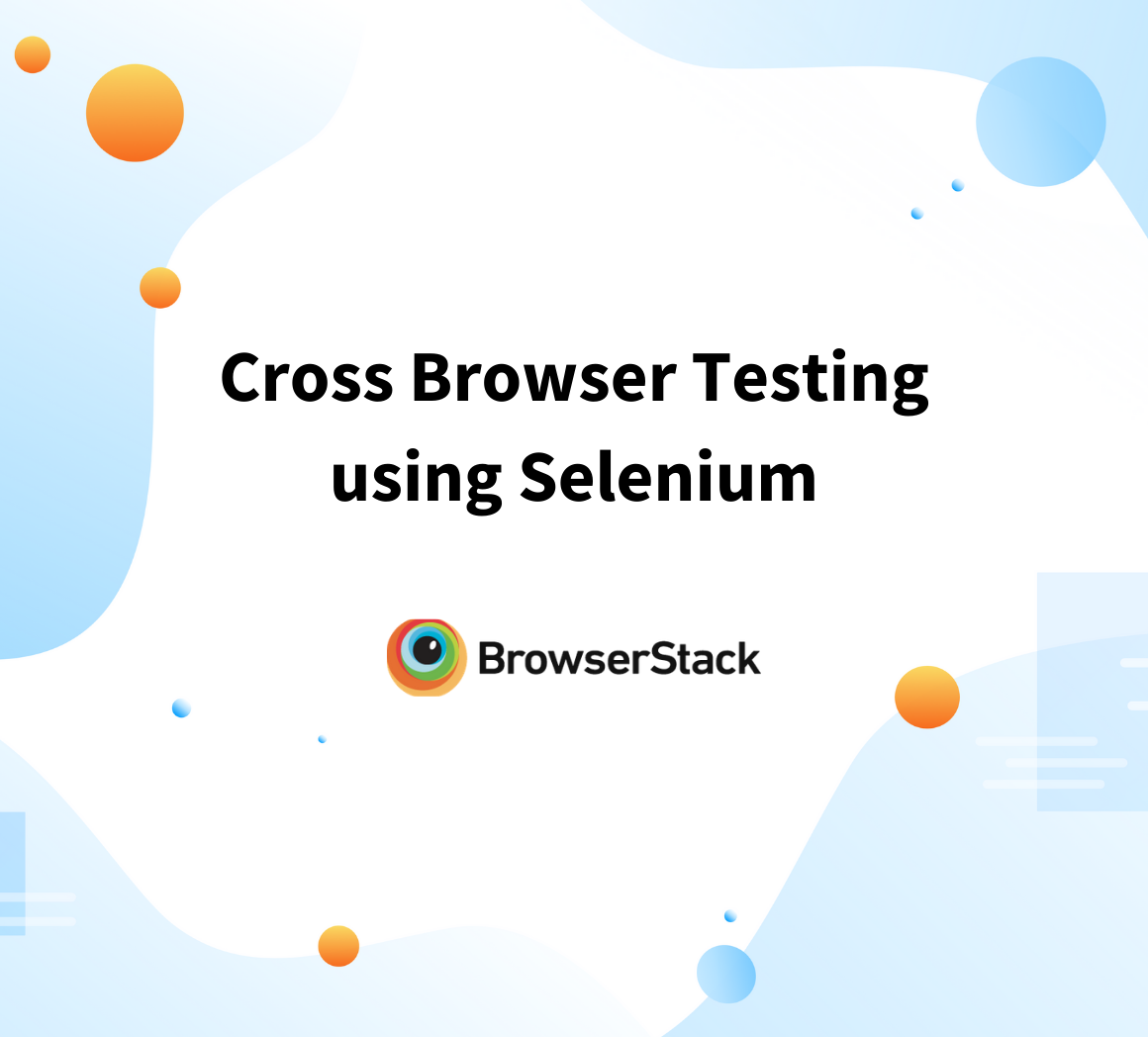 How to perform Mobile Compatibility Testing

Mobile Compatibility Testing of your website enables it to function seamlessly on different mobile d...

How to use DataProvider in Selenium and TestNG?

Test your website for responsiveness on the latest iOS and Android devices.