One of the essential steps in the web application development process is the creation of mockups or prototypes or wireframes. Mockups are visual representation that acts as a benchmark for the actual web application. This step helps to model the user interface and test the outflow of the web application. Mockups also help define the information architecture, user flow, visual hierarchy, web layout, topography, web interactions, and other essential components of a website.

You can say that mockups will help the developer define all the essential components of the website to ensure that the UI/UX is the best possible version.

Read this article to learn about the best website UI mockup tools to design web applications.

Best Web UI Mockup Tools to Design your Next Application

Balsamiq is a website mockup tool that replicates the experience of drawing on a whiteboard or paper. It helps you focus on the content and structure. With Balsamiq, you can make clear decisions on colour and shapes that one should include in the wireframe. 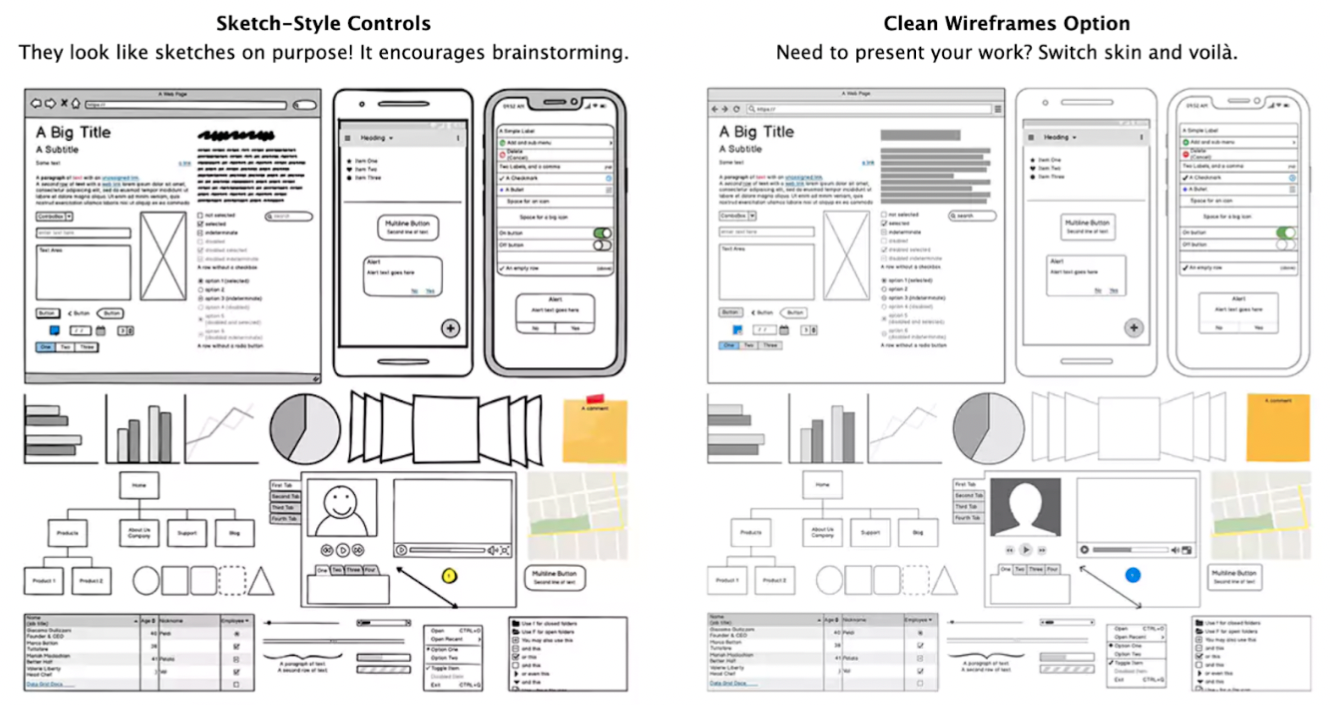 You can use the free trial version of the device before paying for the paid version.

MockPlus is an online web UI mockup tool that enables developers to build responsive mockups in a short period. This is an excellent tool for beginners to learn how to create web UI mockups. 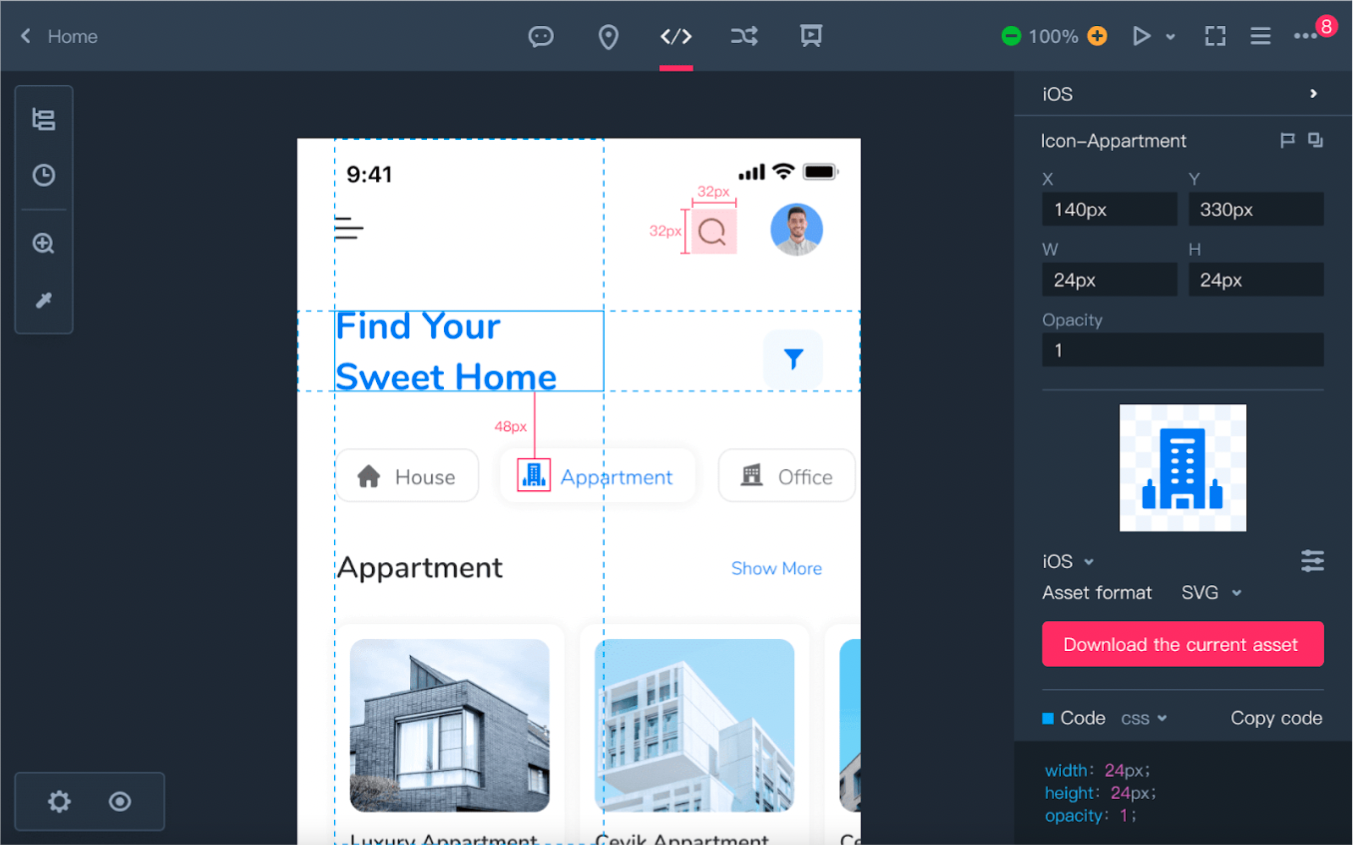 The basic version of MockPlus is free to use; however, the paid version supports more collaborators in a single project.

Mock Flow is a web UI mockup tool that provides end-to-end solutions. It helps you visualize your UI idea, create wireframes, and sketch out the entire design process.

This tool promotes outstanding collaborative effort. After the project has been done, developers can change the status of the project to ‘in progress’ and ‘completed’ directly on the application dashboard.

This basic version of this tool is free to use, but the paid version provides superior features compared to the basic version.

Moqups helps developers to create website prototypes and wireframes. It helps you envision your idea by testing and validating your thoughts with quick, detailed mockups. Adobe XD is a vector-based website design mockup tool that one can use to build prototypes of web applications.

You can use the drag-and-drop feature to insert web elements without much effort, enabling the developers to create click-through prototypes and screen blueprints. You can avail a free plan of Adobe XD that lets you create a limited number of projects. You can also opt for the complete Adobe Creative Suite that includes Dreamweaver, XD, and Photoshop. The basic version is free, but the professional version requires an annual subscription.

Flinto is a Web UI mockup tool available exclusively for Mac Users. It has 10+ gestures and allows you to export projects as images and videos. It also allows you to create micro-interactions within screens, which is perfect when you want to create mockups based on a flow. You can use the free trial version of this app before subscribing to a paid plan.

The Frame box is a simple web UI mockup tool where you can sketch a wireframe using the UI units. This tool is free to use and is relatively basic compared to all the other devices on this list.

Justinmind is a mockup tool developers can use to create high-fidelity prototypes and wireframes. It is popular because the mockups created using this tool are realistic versions of the actual web app. Read More: How to Test HTML Code in a Browser?

Axure RP is a web UI mockup tool that enables users to build functional and realistic prototypes of web applications. This tool allows developers to create mockups with unlimited combinations of conditions, event triggers, and actions. The mouse, touchpad, and keyboard are used to trigger interactions. 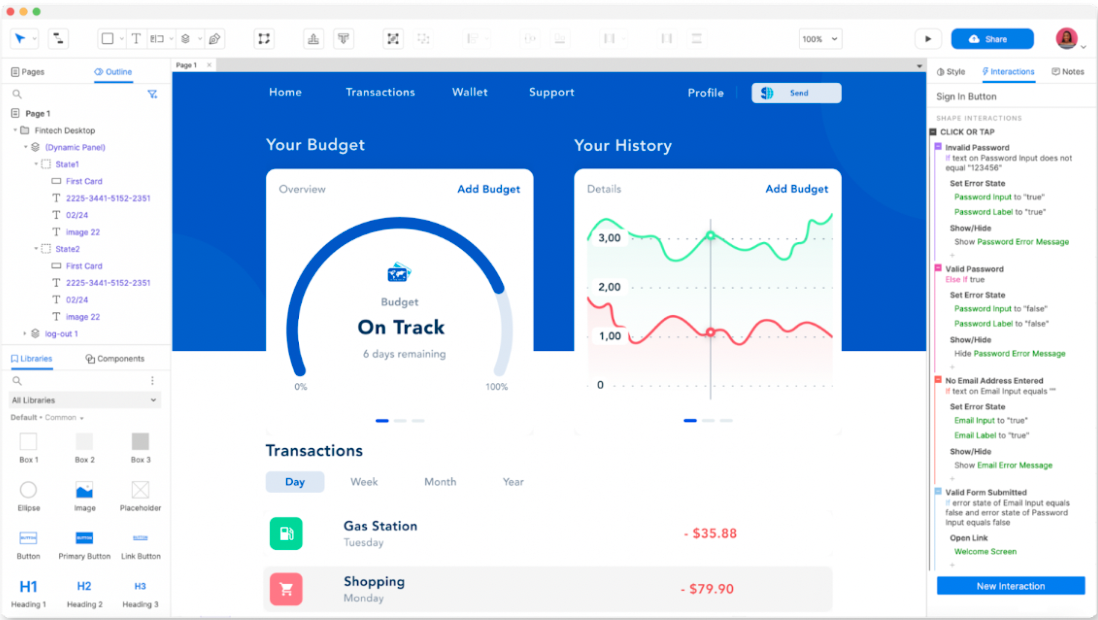 You can use this tool for a 30-day trial before subscribing to a paid plan.

Framer is one of the most advanced applications for creating web app mockups. This tool is exclusively available for Mac users. You can use the free trial version of Framer before paying for the paid version. You can use the free trial version of the device before paying for the paid version.

UXPin is a prototyping tool that helps developers to create realistic mockups of web applications. It has a revolutionary merge technology that allows you to integrate with Git and StoryBook directly. You can use the free trial version of UXPin before subscribing to the paid version.

Lucidchart is a diagramming application that can help developers to create web-based UI mockups. Figma is a web UI mockup tool that connects different teams of an organization to work on a single project. This improves the collaborative effort and efficiency of the project. You can use the free trial version of this app before subscribing to a paid plan.

Adobe InDesign is one of the best layout and webpage design software available in the market. You can use the free trial version of the software before subscribing to a paid plan. You can also opt for the complete Adobe Creative Suite that includes Dreamweaver, XD, and Photoshop.

Once the mockups are validated, and the website is developed, you should test the website to validate if its features and functionalities are working as expected. It is also recommended to perform cross browser testing to ensure that the web applications work seamlessly on all web browsers.

BrowserStack offers a range of real devices and browsers for automated and manual testing. The users can log in and select from 3000+ browsers, devices, and the operating systems on which they want to execute test cases.

Try Testing on BrowserStack for Free

Thanks a lot for your feedback!
Tags
UI Testing Website Testing An ultimate website design checklist that is integral to building a modern website from visual and f... Mobile First Design: What It Is and How to Implement It Avoid these 6 common web design mistakes that affect your UX and CRO to degrade the overall ROI perf...

Mobile First Design: What It Is and How to Implement It