We hosted Breakpoint 2021 last week and what a stellar show it was! With over 15,000 registrations, 3,500+ attendees from 100+ countries, 20 speakers, and 1 skeleton (watch the recordings if you don’t believe us!), the summit provided 800+ minutes of non-stop learning across 2 days.

Our diverse speaker lineup included experts from Google, Wix, HubSpot, Expedia, Canva, and more, where they talked about best testing practices, agile QA toolkit, the Shift Left approach, putting quality in the forefront, and so much more.

As promised, we’ve compiled all the recordings for you to watch at your own convenience. Here are some highlights to quickly summarize day 1 for you:

Rotem talks about how the team at Wix uses Detox—a grey box testing solution—to fight test flakiness. He explains the grey box approach and how it is capable of detecting the busyness and idleness of the app before connecting with it.

Lamberto Fichera on empowering the team

Lamberto talks about FaaS—frontend as a service, a term that’s been coined internally to describe the frontend infrastructure testing team at HubSpot. The goal of this team is to empower engineers to ship consistent, reliable and performant user experiences.

Maxim takes us back to the pre-Selenium world and shows us what it looked like then. He talks about how cumbersome manual testing was, the amount of patience that the QA teams had to operate with, and how the introduction of WebDriver in 2011 changed the entire game.

Ragavan shares interesting numbers that reinforce the importance of taking the Shift Left approach. He talks about the amount of time that developers end up wasting on debugging production errors, and the corresponding loss of dollars that comes along with this wastage, among other things.

Julia talks about the need to have an agile QA toolkit for QA professions to level up in their career. She believes that it not only makes them more knowledgeable and confident but also increases their chances of getting picked to take up bigger responsibilities at their workplaces.

Don talks about TestCafe—a product developed in-house at DevExpress to meet their testing requirements. He also elaborately demos the benefits that TestCafe Open Source delivers in just a few clicks.

Joscha Feth on trusting Percy with his visual tests

Joscha begins with gamifying the process of spotting visual differences. He goes on to compare the manual process of detecting visual regressions against a much sophisticated and reliable way of achieving the same with Percy. Any guesses about which way is better?

If you happened to miss some of the talks, or if you simply wish to revisit your favorite ones, you can access all the recordings here on demand:

Look forward to our next post where we’ll be covering highlights from day 2. 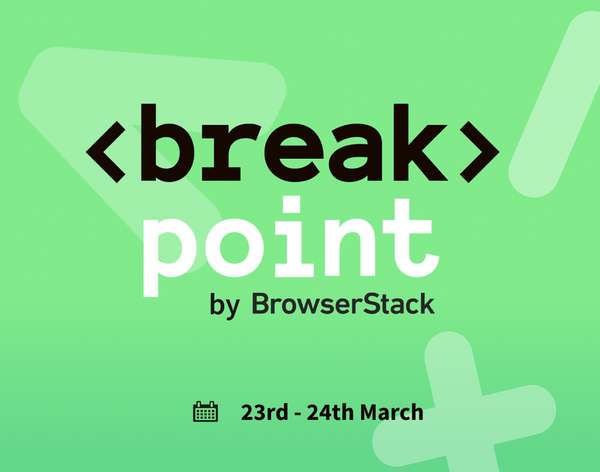 Breakpoint 2021 brought speakers from Amazon, Adidas, Salesforce, Pinterest, Calendly, Selenium, and more, to talk about maintaining and upholding high standards of software quality. Here are some highlights from day 2 of the summit. 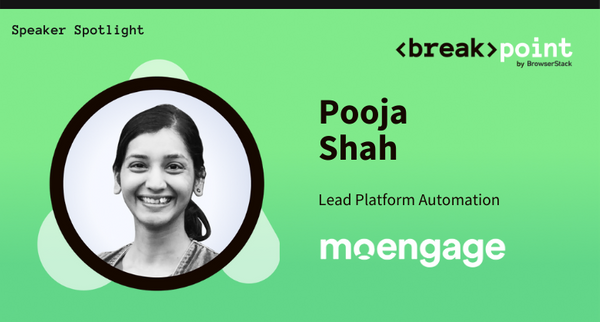 Pooja Shah, Automation and Engineering Productivity at MoEngage Inc. will be discussing solutions to some of your hardest testing problems during our Selenium Panel discussion.