Anand has been listed in Forbes 30 under 30 Asia, and named one of the 50 most innovative entrepreneurs and professionals in the Netherlands. He runs an in-house tech accelerator and likes to browse GitHub as social media.

Q: How did you come up with the idea for Oswald and eventually Oswald Labs?

I was consulting with an e-commerce company when I realized that their website wasn’t very accessible. I looked at some competitors and found this lack of accessibility to be a trend not only in e-commerce, but all websites in general.

I thought, instead of convincing every website to switch to schematic and accessible code, it would be better to build a browser extension to enable website customization for accessibility.

Incidentally, AngelHack’s annual hackathon was scheduled for the coming weekend, so I approached a friend to build a browser extension for web accessibility with me. In 24 hours of hacking, we spent the majority of our time reading up on making text more dyslexia-friendly, primarily from the W3C and the British Dyslexia Association.

We ended up building Oswald, named after Oswald Berkhan, the physician who first identified dyslexia in 1881. The original hackathon submission is still available on Hackathon.io.

A few months later, I got an email from a therapist in New York who told me that she’d been using our extension on children with dyslexia. She mentioned that it was the best tool she’d used. That was the tipping point for me—I decided to drop out of design school (where I had only been for about three weeks) and pursue building products for people with disabilities full-time, and that was the beginning of Oswald Labs. With my co-founders Mahendra and Nishant, I had a strong team with a passion for empowering people, and we’re still true to our mission three years later.

Q: What role can open-source play to make technology more inclusive and accessible?

The best part of open-source development is its ecosystem. Issues and discussions, pull requests and contributions from strangers—all of these lead to a healthy and thriving community of developers building tools that solve problems, both for themselves and everyone else.

For inclusion and accessibility, this is a two-fold solution: First, the developers who are typically left out of the talent pool because of, say, mobility impairments, now have an opportunity to contribute to projects from locations most convenient to them. The rise of remote working culture is an empowering opportunity for such developers with disabilities.

The second is, of course, open-source tools in the accessibility space itself. Even before I founded Oswald Labs, the original 'Oswald' web extension was decidedly open-source to encourage people to build on top of it. Today, our entire Oswald Labs Platform is open source, along with several other projects. In this context, open source means that anyone who wants to make our products better can simply fork it and start playing with it, or open issues to offer suggestions and contribute to our community.

This means that the best minds in accessibility can help us make our products better, and this eventually leads to more accessibility products in general. Open source is absolutely the best way to encourage innovation, and I think it will be an enormous part of how accessibility technology shapes up in the coming years.

Q: Most CEOs stop coding soon after their business hits the road—but not you. How do you find the time to run a company and code at the same time?

When I redesigned my personal website late last year, I found out that it was the 'decade redesign'. I had published my first website to the web over 10 years ago. Since then, I’ve taken every opportunity to keep learning and growing, specifically my product design and development skill set. Before founding Oswald Labs, I wasn’t an accessibility engineer, so I didn’t have enough knowledge of semantics, inclusion, and utility.

This is why I had to learn on the job while building accessibility products. Plus, my co-founder Mahendra isn’t a coder (he manages the day-to-day operations), so that gives me enough room to balance building the business with building the product.

In 2018, I learned Vue.js and React at scale, and in 2019, I learned and switched to TypeScript as my language of choice. My passion for learning, the need for product innovation, the small size of our team, and Mahendra’s support all have contributed in my dual role of official CEO and de-facto co-CTO.

Q: Could you explain how or why you were able to make 20x more contributions to open source after you started your company?

In a blog post I wrote about 20x contributions, I estimated that I would make 6,000 contributions on GitHub in 2019 if I keep that pace up (which I was skeptical about). Interestingly, I’ve already hit 7,000 within August 2019, so I can perhaps set an even more ambitious goal. I think the answer to this question lies in the founding of Oswald Labs and also my personal move from closed to open source.

In 2014, when I was working at my previous startup Class Rebels, I was probably writing the same amount of commits as today, but they were never open source. I kind of rewired my brain into understanding the value of the open source ecosystem and made a personal commitment to putting all my projects under the MIT license.

Since then, whenever I had a problem and wanted to build a solution, I made an open source project. For example, when I was consulting for El Niño, I made Uppload to easily upload files on the web; and these days, I’m working on Staart to make building SaaS products fast and easy.

Q: How has being involved in open source changed your life?

Last Christmas, I decided to do a '365 Days of Open Source' challenge. The idea was to never miss a day of contributions on GitHub to have a 'streak'. This was both for fun (to see how long I can last), and to motivate myself to contribute. Of course, it’s very easy to cheat in such a system, so I made sure I have alternate accounts for automated commits—like Finding Anand, which commits my live location using a React Native app—to keep my contribution streak honest and problem-solving.

Also, GitHub’s Explore feature which recommends new open source projects to follow has been a life changer for me! I’ve often found myself casually browsing GitHub as social media. Overall, since last Christmas, I’ve made a lot of open source projects, and today is day 254 and I’m still on track for 365 Days of Open-source!

Q: What’s your advice to developers who are ‘on the fence’ about contributing to open source—particularly where to begin and how to continue afterward?

One of the best things I’ve seen on GitHub in the past few years in the 'good first issue' label. The community has come together behind this label, which first-time contributors can easily find and make their first pull request.

These issues are easy and can be a great stepping stone to the world of open source. Websites such as First Timers Only are also great resources for getting started.

My only advice is to jump in head first without worrying too much—the worst that can happen is your issue or PR gets closed and you find something else to contribute to, or you don’t do a great job so someone helps you or rewrites your code. Either way, you have nothing to lose and potentially a whole lot to learn and gain. I’d say go ahead and get started!

Q: What are some common challenges open source projects face? How can they be solved?

Primarily, it’s funding. Spending only a few hours a week on open source contributions is equivalent to hundreds (or even thousands) of dollars of work every month, time that may well be used in commercial work instead. But most developers are motivated by learning, the community, and giving back to the ecosystem, so they are happy to do it.

This might sometimes add up, so we see issues like the recent NPM 'no ads in the terminal' controversy. However, the community is growing strong with services like Open Collective, Patreon, and now GitHub Sponsors, and the interest of startups and corporates of giving back to the community, so this will hopefully be a problem of the past very soon.

Q: How can software companies promote open source contribution—within and outside the organization?

Internally, I think the best way is to establish a learning budget. At El Niño (where I was previously consulting), employees could devote part of their time on learning new things (knowledge development or 'kennisontwikkeling' in Dutch) and this could be spent on contributing to open source projects. Similarly, Oswald Labs has an 'open source first' approach where anything that can be open-sourced should be, no questions asked.

Externally, it’s getting easier for companies to organize and participate in hackathons, community meetups, etc., so the bar for external open source promotion is getting even lower. For example, I organized BharatHacks, a hackathon to solve India-specific problems, in 2017.

At a very small budget of around $1000, we were able to get almost 200 developers to solve large problems. Most of their projects were open source, and it was a free event with food and prizes included. Companies can even get developers to build open source projects using their SDKs and APIs, it’s a win win.

Q: What are the people/projects/books/habits that changed your life (and how)?

I have a 'no-fiction' rule when it comes to reading books*, listening to podcasts, etc. For example, on my bike rides from my apartment to my office or university in the Netherlands, I listened to productivity podcasts or audiobooks.

Instead of giving individual recommendations for books (which I’ve done in other interviews), I will tell you what changed my life—understanding the power of getting information from these sources.

Instead of spending 70 years and learning the struggles and successes of building a $300 Billion business, you can just read 'Made in America' by Sam Walton and get all that information for essentially zero dollars. If you’re curious how Microsoft went from a boring $20-something stock in 2010 to $130 in 2019 and perhaps the most important tech company on earth (especially for open source), you can read how Satya Nadella achieved this in his book 'Hit Refresh'.

I think just understanding that your time is limited, but several lifetimes worth of knowledge is readily available for you to learn is the most important lesson.

*The rare exception to the 'no-non-fiction' rule is 1984 by George Orwell, which is still my favorite book after many years. I have a new opinion every time I read it.

Creator of curl, Daniel Stenberg, talks about his motivation to work on curl for 25+ years, what makes curl so powerful, and his vision for the future of curl. 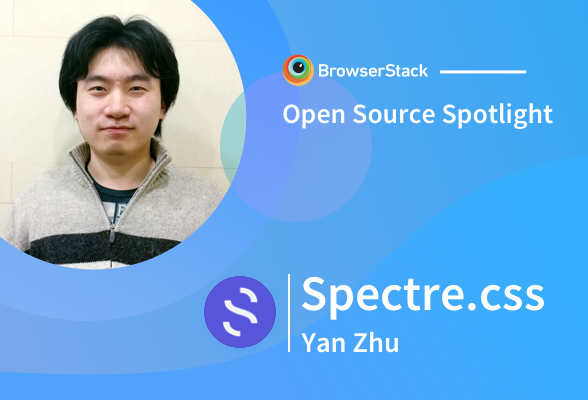 Yan Zhu, creator of Spectre.css talks about the perks of working on CSS, the need to keep code lightweight, the importance of working on open source projects, and tips on building products for overpopulated industries.