According to the 2022 Statista iOS App Release report, 36000 mobile apps were released through the Apple App Store, up by two percent compared to the previous month. Mobile app testing hence becomes of paramount importance going forward.

For example, the most recent iOS v15.5 has a 57.43%  share. Hence, an enterprise must test a well-performing application across different versions for a better user experience. Apple device ecosystem keeps evolving over the years and never failed to provide better functionality! So, let’s try to understand different parameters such as top iOS devices and best practices to test an iOS app. Although you might consider a virtual iOS device for testing, we highly recommend testing on real devices using BrowserStack.

Why are iOS devices better suited for testing?

Read More: Why is it important to build a Mobile Device Farm?

While the public iOS 16 version has been unleashed worldwide, BrowserStack supports iOS 16 testing on iPhone 12 Pro Max and iPhone 12 Mini. Make sure to give it a quick test run, and do keep an eye on our release notes for the latest device-browser-OS updates. Top iOS Devices to Test your Mobile App or Website on

iOS Fragmentation is real, hence knowing which top devices to test your app on becomes crucial. Also, knowing the top iOS devices will help you build an effective device matrix for mobile app testing. Based on certain trends and market dynamics, here are the top devices to test on and their respective features (in no specific order):

Must Read: Test on the Right Mobile Devices: Insights

How to test an iOS app using BrowserStack?

You can test an application on iOS devices using BrowserStack App Live . You get a free test trial for 30 minutes the first time you sign in.

Step 1 – Once you sign in, you can select your desired device from the list. Following are the latest and legacy iOS devices to choose from, depending on whether you want to test apps on iPhones or iPads Step 2 – At the source, you can upload your app, sync with App Center, Install via TestFlight, Install via Play Store, install via App Store, or you can simply run the test with a sample app. You can update the app settings as per your testing requirements with the latest features such as testing biometric authentication, camera, and device passcode. While testing you can record your session, report bugs, and even toggle between Dark Mode and even go Offline Mode for optimum iOS app testing. Your QA team can instantly write a bug with tracking tools like JIRA, Trello, Github, and Slack. You can also download the report or send the information for better data visualization.

Read More: How to Debug Web and Native Apps on iPad

As we all learned the importance of testing an application on an iOS device, it is equally crucial to learn about its multiple versions. Simply because not all users upgrade the OS at a time, Apple releases its version basis the region. So it’s best advised to test the application across legacy devices as well.

You can also automate your application testing on an iOS device. Ensure to use the right tool for automation testing. Many open-source testing tools are available, but Appium stands out because of its versatility. Apart from Appium,  XCUITest is also preferred.

Do remember that testing iOS apps on multiple real devices help to monitor application behavior in actual user conditions. It allows testers to detect any bugs before users can. Detecting and resolving these bugs in the testing phase helps to deliver robust apps that provide seamless user experiences. 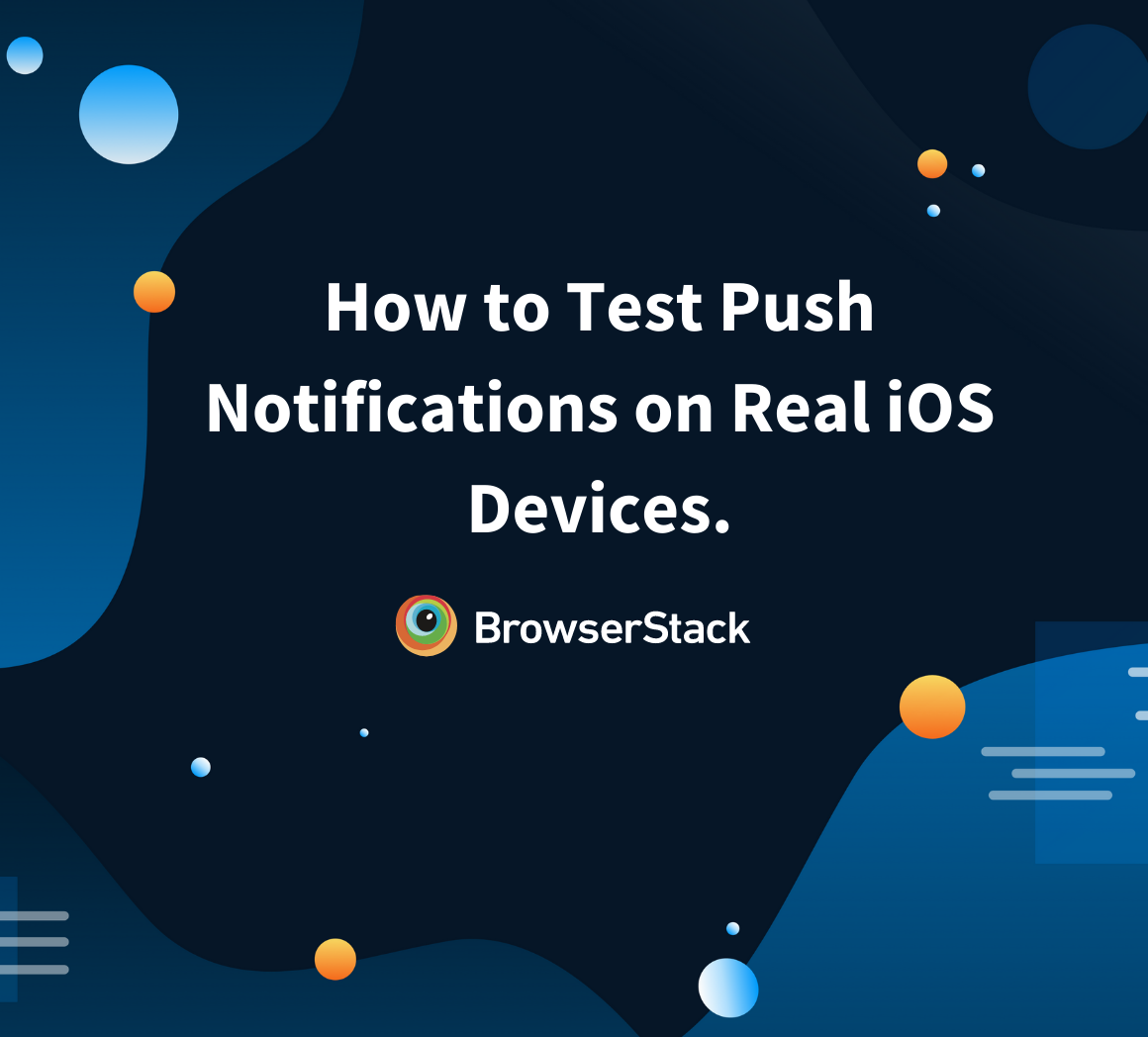 How to Test Push Notifications on iOS devices

A fundamental article that demonstrates the steps to get started with push notification testing on r...