How to run your first Visual Test with Cypress

Cypress is NodeJS-based, open-source automation testing tool. Cypress tests can be created either using Javascript or Typescript. The Cypress brings many features which are required for automating modern web applications. The features such as auto waiting, support for single-page applications (SPA), and easy debugging of tests make Cypress unique in the market.

Cypress automation tool is not limited to only end-to-end testing, it also supports API Testing, Unit Testing, and Component Testing. The Cypress Dashboard is a proprietary tool that helps organizations to view the analytics of the tests. However, in most cases, the open-source version of Cypress is good enough for testing.

This article explains an easy way to perform Visual Testing using Cypress. In Cypress, the Visual Regression testing can be done in multiple ways. Let us look at the easiest and most popular way.

How to Perform Visual Validation in Cypress Step by Step, Beginner Guide

There are many  Visual Testing plugins available for Cypress however since it is a third party, many frameworks are not up to date. For the purpose of this example let us use Cypress image diff plugin.

To get started with this, one needs to ensure that they have a basic Cypress framework setup.

Do keep in mind that:

Navigate to cypress/plugin/index.js and enter the commands written below

Navigate to cypress.config.js file and add the below code.

Navigate to cypress/support/commands.js and enter the code written below.

Navigate to support/e2e.js and the below code

Let’s write a simple test case to perform the Visual Regression Test on the BrowserStack homepage.

Create your first visual test, inside the integration folder.

Note: If you are using Cypress 10 or above use the cypress/e2e folder

Once the test execution is complete you can see whether the result passes or fail.

If there is no difference in the screenshot, the test is marked as Passed. If the base and the actual screenshot are different then there is an issue with the user interface so, the test will be marked as a fail. The cypress-visual-screenshots directory created after the test run contains all the images namely, base, actual, and diff. The diff contains the difference in the images between the base and actual. How to execute the first Cypress Visual Test on Percy

Percy is a cloud-based visual regression testing platform, that allows you to review, accept, reject and validate the visual differences. Percy supports all major automation tools. Cypress visual tests can also be integrated with Percy.

To integrate Cypress and Percy you need to put some configuration code in the support folder.

Cypress version 9 or below

Navigate to cypress/support/ index.js and add the below command.

Cypress Version 10 or above

Navigate to cypress/support/e2e.js and add the below command.

You can use the existing visual test, just modifying the few lines of code. Let’s re-use what we have written above.

In the above code, in comparison with the previous script, you can see the only change is line cy.percySnapshot(‘first-percy-test’);, This line takes a screenshot of the current screenshot on the browser and the Percy CLI uploads the screenshot.

To Execute Percy Tests with Cypress you need to set the environment variable.

Note: Run the above command two times at least to view the results, as explained earlier the visual validation works based on the comparison of two images, the first run captures the base screenshot and the subsequent run will compare the screenshot against the base image.

Wait until the execution of the test, once the test execution is complete, you will see the test results with the build URL. The build URL points to Percy’s build, clicking on the URL takes to the current execution build. The build dashboard clearly shows whether there are any differences or not.

Since Percy uploads the screenshots to Percy’s infra, the captured images are available anytime and anywhere, this helps in peer reviews and takes any additional action on issues that are found during visual tests. Visual Testing is the most popular and recommended approach for User Interface Validation, however, visual regression alone can’t sign off the testing, as Visual Regression doesn’t guarantee the functionality of web applications. Visual testing needs very less coding knowledge and interpreting visual testing results is an easy task. There is no doubt that visual regression helps to catch any regressions at an early stage of development which in turn fastens the development cycle.

Percy helps teams automate visual testing by capturing screenshots, and comparing them with the base. With increased visual coverage, teams can deploy code changes with confidence with every commit.

Thanks a lot for your feedback!
Tags
Cypress Visual Testing Website Testing 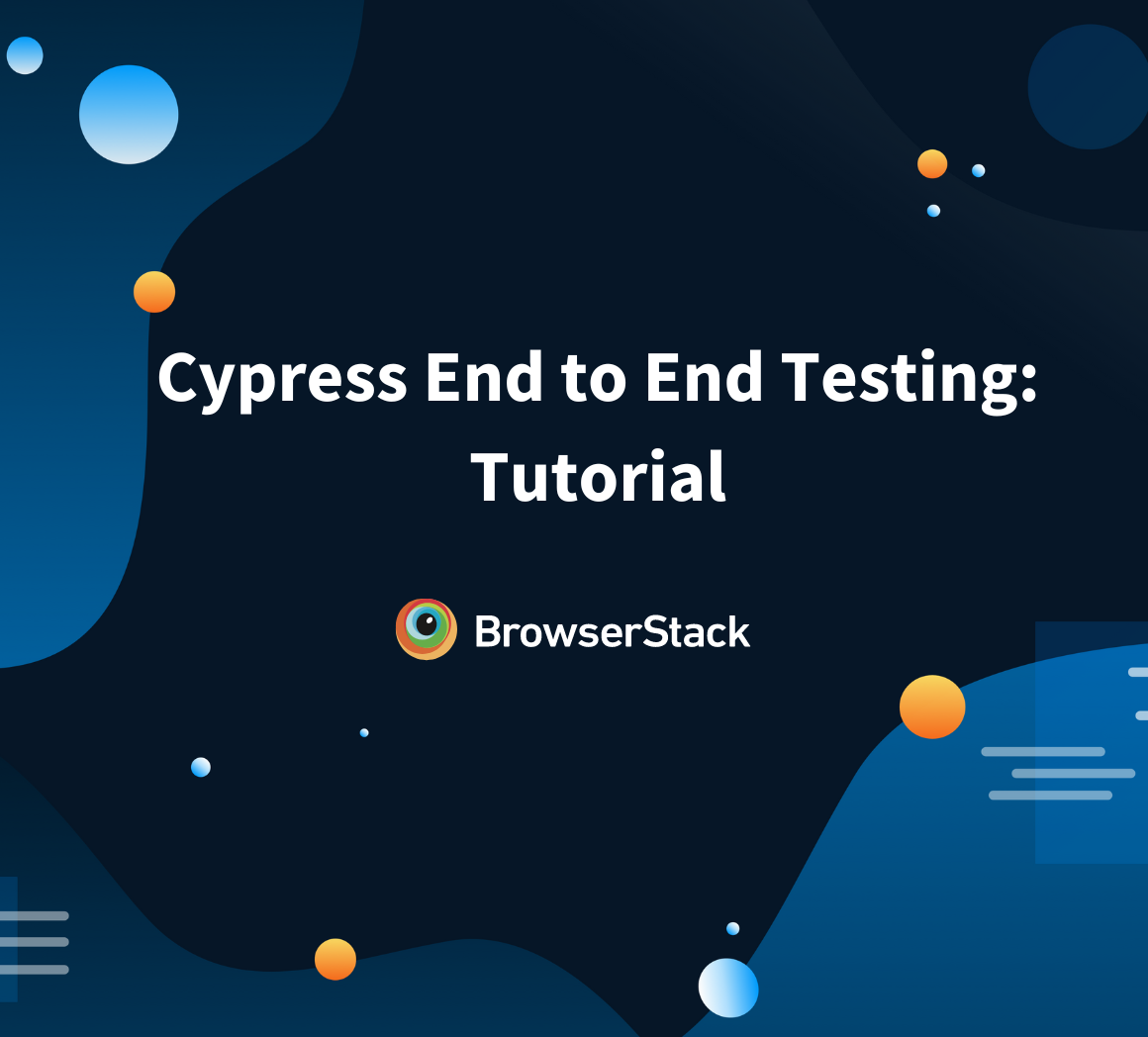 Cypress Framework Tutorial: How to Get Started

What is Cypress? How do you write and run your first Cypress script? Run Cypress tests on 30+ browse... How to Find the Best Visual Comparison Tool for Your Project?

Learn how to find the best visual comparison tool that will help your team fine tune visual inconsis...

Cypress Framework Tutorial: How to Get Started