Get Started free
Home Guide Tests every developer should run

Tests every developer should run

As mentioned in a previous article on how to fit QA into a DevOps setup, devs and QAs should ideally collaborate to achieve maximum efficiency and optimal product quality. A DevOps pipeline is not complete without a serious contribution from both parties.

When it comes to the developer side of the DevOps table, they should also be able to run rudimentary unit tests on their own code before pushing it to version control. To be able to run these tests, they might need to input from QAs who can guide them on what to check for. This reduces the emergence of bugs in later phases.

This article will discuss a few tests that developers should run on their own code before pushing it to the Quality Assurance phase. Running these tests is an integral part of shift-left testing – the practice of running more tests during the software development phase to minimize defects.

4 Types of Tests that every Developer should run

Static code analysis is best done via automation; otherwise it is impossible tedious. The software should scan all untested code in a project before it moves to QA. A static code analyzer checks code against a set of predefined standards and rules to determine if the code complies with them.

If the analyzer does flag any issues, a human developer/tester will have to examine them to verify that they are not false positives. Then, devs can fix apparent mistakes and send the code to testers.

The Role of Real Devices in Developer Tests

All developer testing, regardless of the software being created and tested, must be conducted on real devices. Developer testing can only be effective when tests are being run in real user conditions. Running tests on emulators or simulators cannot provide 100% accurate results, and therefore developers won’t be able to evaluate the quality of their code adequately. Any results yielding from developer tests on emulators or simulators would be only partially correct, and thus development activities based on these results will not ensure high-quality software.

Whether manual testing or automated Selenium testing, real devices are non-negotiable in the testing equation. In the absence of an in-house device lab (that is regularly updated with new devices and maintains each of them at highest levels of functionality), opt for cloud-based testing infrastructure. BrowserStack provides 2000+ real browsers and devices that can be accessed for testing from anywhere in the world at any time.

Users can sign up, select a device-browser-OS combination, and start testing for free. They can simulate user conditions such as low network and battery, changes in location (both local and global changes), and viewport sizes as well as screen resolutions.

By running tests on a real device cloud, developers can run tests with the assurance that they are getting accurate results every time. Comprehensive and error-free testing at the dev-level prevents bugs from showing up (usually magnified) at later stages, which reduces the time and effort required to handle them. It is almost always easier to fix the bugs that devs discover before pushing code. It also allows the software to hit the market faster and reduces the possibility of lost revenue and credibility due to entirely avoidable bugs. 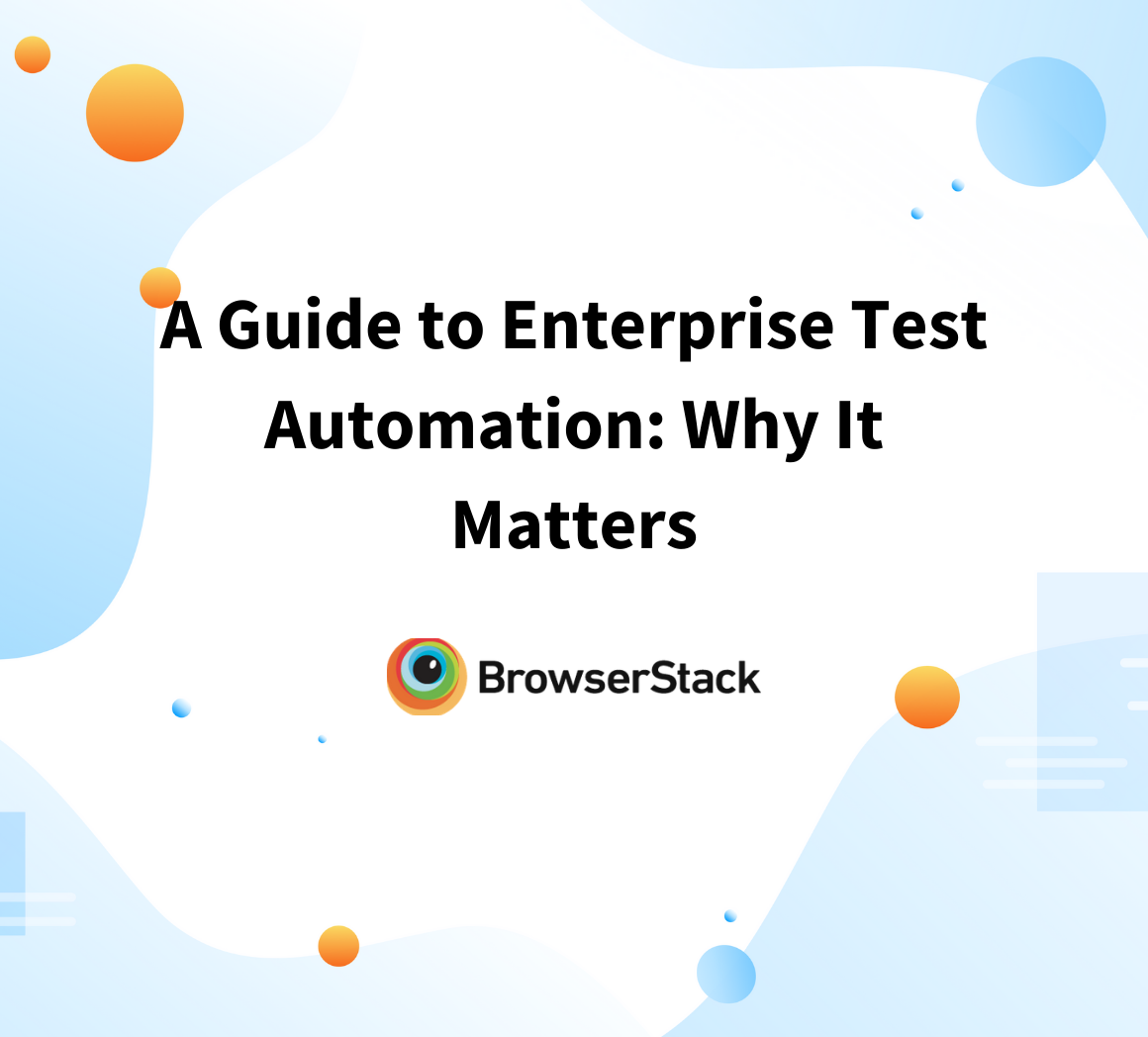