Traditional software development defines roles in watertight boxes. Developers and testers fulfill different roles, responsibilities and respond to different layers of management. They are, for all intents and purposes, separate entities.

This changes in a DevOps-based development ecosystem. Devs and QAs don’t just have to know about each others’ roles; they might have to take up certain aspects of the others’ activity. Often, their roles overlap – testers must have an idea of development principles, and devs must know, at least, the rudiments of testing.

However, when building that DevOps-aligned process, work ethic, and mindset, it might be difficult for teams, individuals, and organizations to determine how QA figures into the larger scheme of CI/CD and associated operations.

That is where this article intends to come in, by outlining a few steps that can be taken to integrate QA to DevOps pipelines without too much effort.

An earlier article discussed the role of QA in a DevOps setup. This article will focus on steps that can be taken to ensure that this role is being executed as effectively as possible.

Before beginning, it is essential to emphasize that DevOps and QA feed into each other to achieve maximum efficiency and optimal product quality. A DevOps pipeline is not complete without a serious contribution from QAs. Similarly. QA processes set up in line with DevOps philosophies get the most out of tests.

How to fit QA into DevOps

Fundamentally, QA is about testing – deciding what tests to run, writing test cases, testing manually, or creating automation test scripts, verifying test results. Therefore, the easiest thing to do is to include experienced testers in the DevOps team. Since DevOps is quickly becoming a norm, experienced testers will be familiar with the fundamentals of DevOp QA testing. They will know that the elements to focus on will be: risk assessments, critical perspectives, and consistent emphasis on speed without compromising quality.

Start by hiring and asking the right people, and DevOps QA testing will quickly fit itself into the puzzle.

If a team needs to incorporate QA in a way that provides fast and accurate results, they need to have the right tools and frameworks at hand. DevOps require high levels of automation because it ports the development process to a CI/CD pipeline.

For the CI/CD stage called Continuous Testing, QAs need a testing tool for DevOps test automation that offers real devices, browsers, and operating systems while being integrated with the relevant tools. Case in point: BrowserStack.

In traditional software development processes, the QA comes at the end of coding. Devs write the code for a feature, and QAs are expected to test the code for flaws. Once flaws have been detected, QAs toss the code back (with bugs highlighted) and devs have to work at fixing them.

In DevOps, QAs come in from the first brainstorming session. When developers throw around ideas on how to build a website or app, QAs must be present. This helps them understand the fundamental concepts, allowing them to design better tests for the Continuous Testing stage. Additionally, having QAs in the room can give devs a clear image of what bugs would be likely to emerge and how they can be avoided.

As mentioned previously, successful DevOps hinges on automation. QAs need to know how the code is being shaped and what is expected of the final product to create relevant test cases. They cannot be expected to comb through every line of code, looking for every semicolon out of place.

Devs should also be able to run rudimentary unit tests on their own code before pushing it to version control. To be able to run these tests, they might need to input from QAs who can guide them on what to check for. This will reduce the emergence of bugs in later phases.

Most DevOps related articles on the internet mention this: DevOps requires a team-wide and organization-wide shift in mindset. Developers and QAs cannot go through their day, trying to throw code to the other side and washing their hands off it. They have to see the process as a collaborative one, in which QA and development become complementary functions – pieces in a lean, mean, optimal-software-generation machine. In particular, devs should be aware of the importance of QA (beyond a bug check at the end of coding). QAs bring a significant contribution to the development plate, as explained in the point before. Each side should seek to make the others’ life as easy as possible because the faster code can pass through each stage without bugs, the quicker the product hits the market.

DevOps, for QA testers, provides an opportunity to expand their role, utility, and their place in the development scheme. This can only be facilitated by a team-wide and organization-wide realignment in terms of methods, infrastructure, and most importantly, attitudes and mentality.

In order to run and manage QA tests with more ease and efficiency, consider getting the whole QA team on a single plan. BrowserStack Live for Teams enables this by allowing QA managers and team leaders to add unlimited users at extremely low per-user rates. Managers can lock in a price initially and keep adding users with no extra cost!

This enables teams to connect the tools they already use to capture bugs, file issues, and notify the right team members without leaving their dashboard. Teams work together, spend less time context switching and more time focused on high-impact work. With instant access to 2000+ browsers and devices, Dev and QA teams can focus on testing without worrying about device availability. 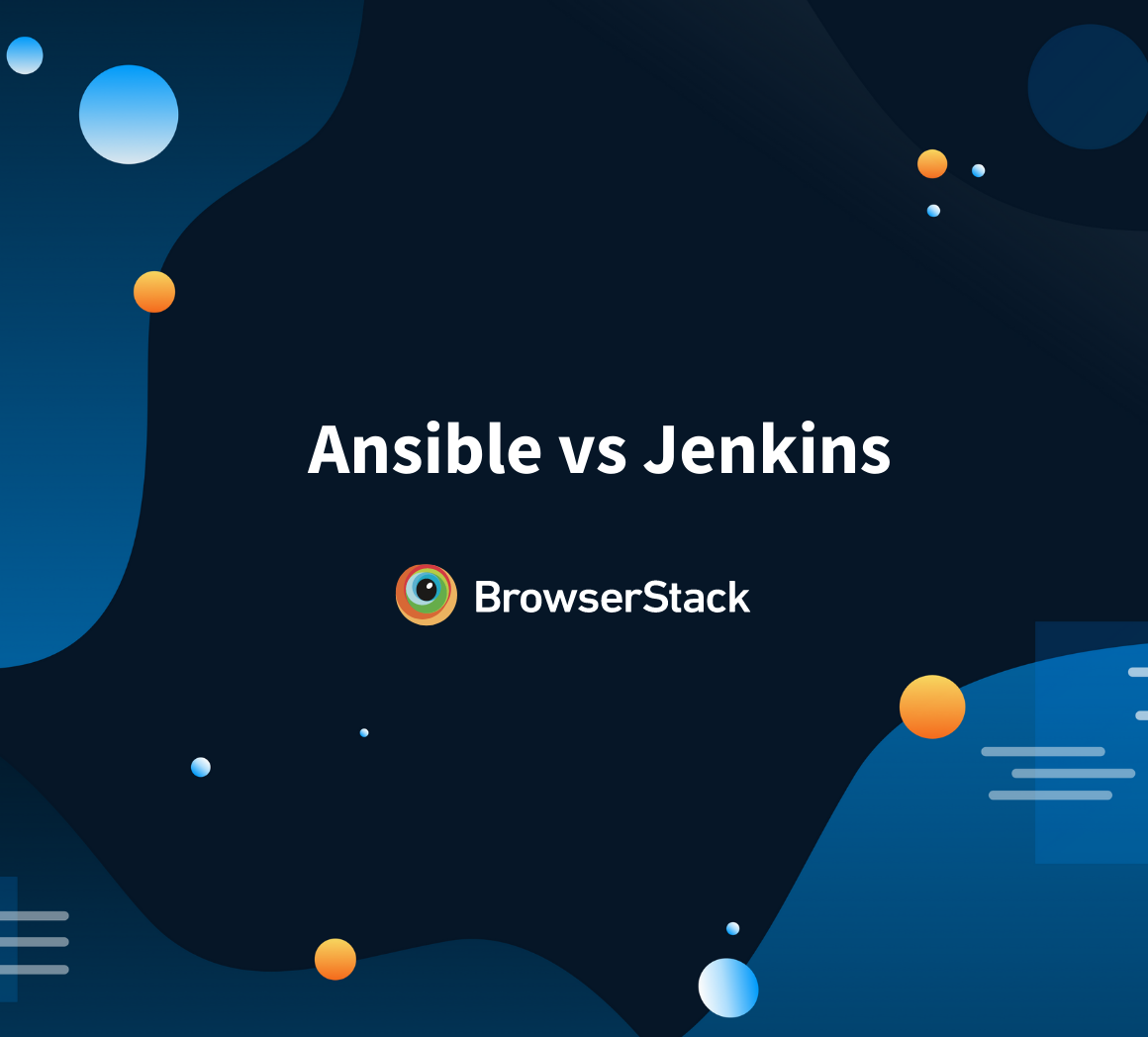 Jenkins vs Ansible: Which one to Choose?

What works better for you, Ansible or Jenkins? Get a detailed rundown and comparison between these p... 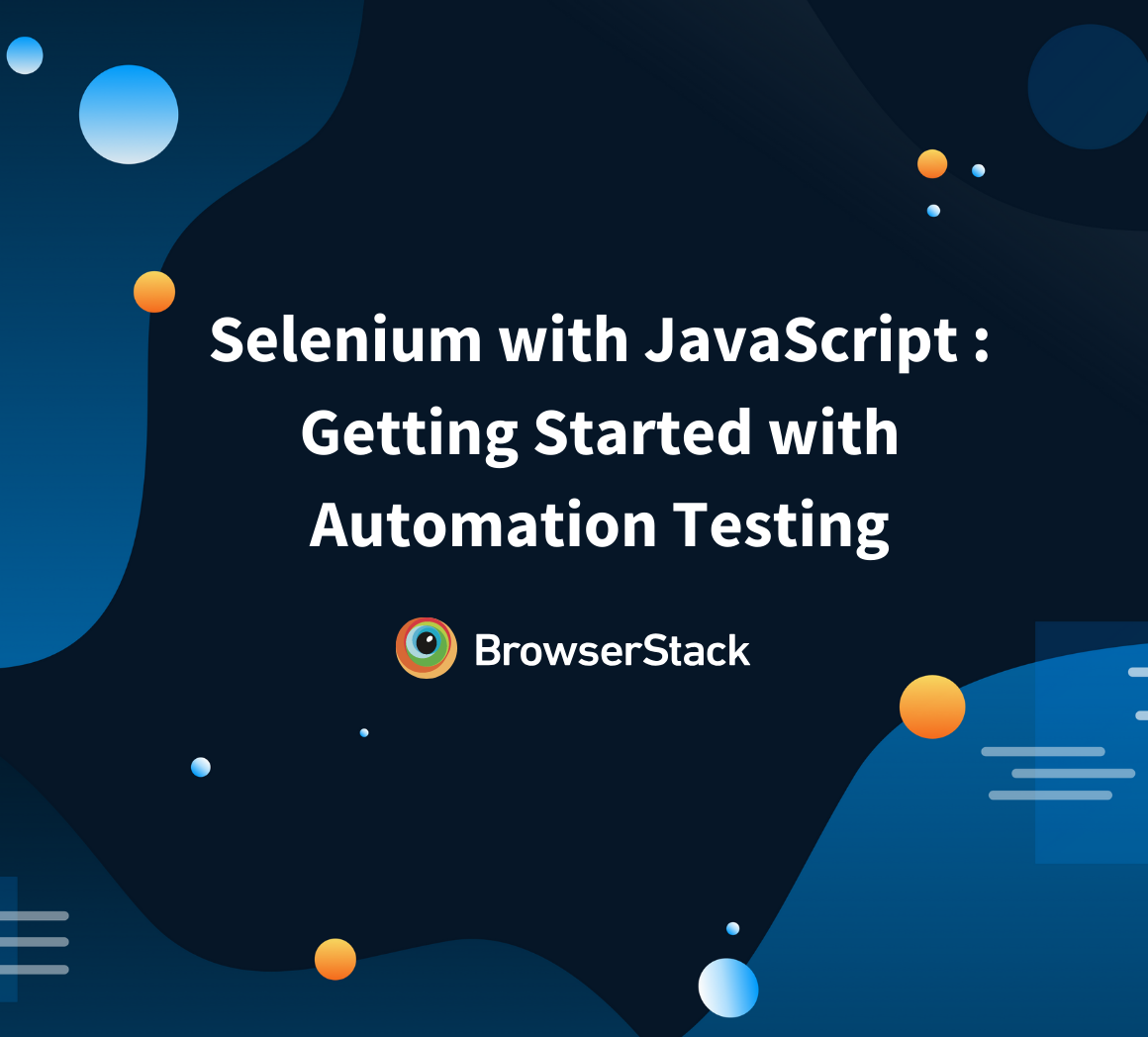 Jenkins vs Ansible: Which one to Choose?