NodeJS is a free, open-source, and cross-platform runtime environment for executing JavaScript code outside of the browser (mainly backend). It is often used to build backend services like APIs and is ideal for developing highly-scalable, data-intensive, and real-time applications since it has the largest ecosystem of open-source libraries available. It is a popular tool for almost any kind of project.

What is NodeJS Unit testing?

Test-driven development is a powerful tool for preventing bugs within your application. NodeJS Unit testing is the method of testing small pieces of code/components in isolation in your NodeJS application. This helps in improving the code quality and helps in finding bugs early on in the development life cycle. This also provides an added advantage to the users in the way that they can add any new features without breaking any other part of their application.

For your NodeJS applications, Jest can be used for Unit Testing.

What is Jest Framework?

Jest is an open-source Javascript testing framework developed by Facebook. It was mainly built for React, Node, Babel, TypeScript, Angular, Vue, and JavaScript-based applications. It primarily focuses on simplicity and support for large web applications. Jest was built on top of Jasmine with multiple layers.

There are three main methods in this test file:

Apart from the above methods, we have several Jest Matchers which assert on certain conditions.

Jest assertions use matchers to assert on a condition in different ways. Jest uses matchers from the expect API. For the full list, see the Expect API doc.

Let’s walk through some of the most commonly used matchers along with Jest tests:

This is the most commonly used matcher. This is used for arithmetic operations and for checking equality or inequality.

toBe and not.toBe are analogous to equals and not equals respectively.

This is used for null, falsy and truthy i.e. false and true values. Anything that is not logically true is falsy. number 0, null, empty string, NaN are all examples of falsy concerning JavaScript.

This is generally used for arithmetic operations such as greaterThan, lessThan, greaterThanOrEqual etc.

This provides matchers for strings to be matched against a regular expression.

How to Install and Set up Jest for NodeJS Unit Testing?

Follow the steps below to install and set up Jest:

Step 1: Create a new directory for your project file:

Step 2: Go to the new directory and execute the below command to initialize a project with Default configurations:

Step 3: The above step creates a package.json file. Launch this project in any of the source-code editors (Using VS Code in my case)

Step 4: Create two folders named src and test respectively. src stores the main file where the source code of the program is written. test is where test cases for unit testing are stored. Step 6: Open the package.json file and change the “scripts” block to “jest” using the below code

Step 7: In the terminal, type the following for installing Jest:

Let us start by creating a Simple NodeJS application that performs addition, subtraction, multiplication, and division of two numbers just like a calculator.

For the source code, enter the following snippet under the calculator.js file:

For the test cases, enter the following snippet under the calculator.test.js file:

Now, let’s run the above test file using the command: Now, let’s break our test on purpose. Update the calculator.test.js file to the following code snippet:

The second and third tests were updated to throw an error. Rerun the test using the below command The quality of your NodeJS applications can be easily improved with Unit Testing since it helps in finding bugs and defects in your code. Moreover, the early discovery of Code bugs in the SDLC reduces the overall cost of development because less time is spent on bug fixing in the later stage of the project. Due to this, the overall customer satisfaction has increased and it has helped in gaining more trustworthy clients.

Automation Testing Types of Testing Unit Testing
Was this post useful?
Yes, Thanks Not Really

Thanks a lot for your feedback!
Tags
Automation Testing Types of Testing Unit Testing 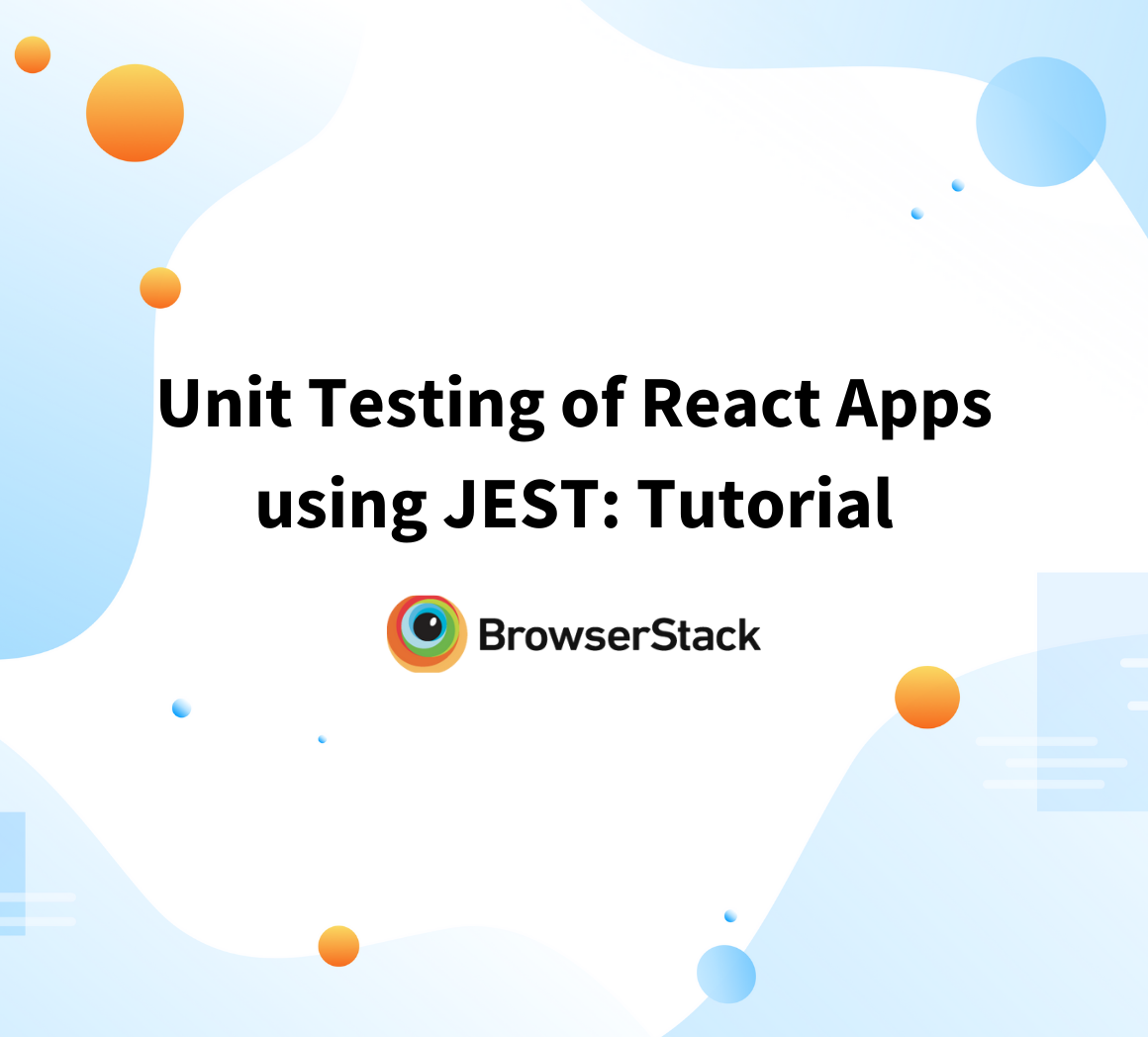