An application’s stability and reliability depend on the depth of the testing carried out before its release. In the last couple of decades, automated testing, coupled with cloud-native technologies, has paved the way for faster and more extensive testing.

As an integral part of the Agile pipeline, automation testing is essential to all modern software development. In particular, CI/CD (Continuous Integration / Continuous Deployment) is a practice employed by Agile devs and testers to speed up development and testing so that their products can remain competitive and quality-driven.

The implementation of CI/CD requires several tools, among which Jenkins is the most popular. This article will explore Jenkins, its features, and how it can facilitate test automation.

CI/CD is the way to continuously check the build quality as soon as any change is made using unit, component, and end-to-end tests and deploy the successful build to the application server.

To achieve this CI/CD, Jenkins is a popular CI orchestration tool that is self-contained and contains all the necessary components to automate the build process.

Jenkins can be used to automate building an application, running tests, and deploying the application. It can be easily installed through native system packages, Docker, or even run standalone by any machine with a Java Runtime Environment (JRE) installed. Why use Jenkins for Test Automation?

Jenkins is a popular CI orchestration tool. It provides numerous plugins for integration with multiple test automation tools and frameworks into the test pipeline. When it comes to Test Automation, Jenkins provides plugins that help run test suites, gather dashboard results, and provide details on failures.

Jenkins is a very popular open-source CI/CD build tool, with a wide variety of Plugins available. Here are some of its core advantages:

Some of the limitations faced while using Jenkins for Test Automation are:

When to use Jenkins for Test Automation?

With numerous plugins on offer, Jenkins meets all testing automation needs in most cases. Most popular testing tools can be easily integrated with Jenkins.

For simple workflows containing a streamlined CI process, Jenkins would be a perfect fit for test automation. Test scripts can be called, and reports can be generated from the runs.

It would be best to use Jenkins when the plugins are from a trusted source – preferably from the developers of the testing tool itself. This would avoid unruly behavior of the jobs and unexpected results. It would also make integrations much more seamless.

In order for Jenkins to build/run an application, Jenkins needs to be connected to a source code management system like Git (other systems include Azure, Bitbucket, etc.)

Note: Refer to this GitHub demo repository, which can be cloned/forked for practice purposes.

Step 1 – Navigate to Configure Systems in the Jenkins using the below steps: Step 2 – Select the Secret Text under Kind drop-down as seen in the steps below. This is to let Jenkins know what kind of authentication you need Jenkins to perform while accessing Git repository. Step 4 – As the final step, click on Save on the Configure System page to save the Jenkins Git Integration setup

To perform a build deployment or to run automated tests, you would need to create a job in Jenkins.

Let’s set up a job by following the below steps

Step 1 – Click on New Item in the Jenkins dashboard Step 5 – Next step is to add Build Command and since the project used for this example is of type Maven, hence selecting the Invoke top-level Maven targets option. Step 6 – Select the Maven version and enter the Maven command under Goals; in this case, it will be clean verify. To execute the job Click on Build Now, which will trigger a new build as seen below. Once the build is completed, you can see the console output or the HTML report (if configured) by clicking on the Build number (In this case its #7) Read More: Learn how to integrate BrowserStack Automate with Jenkins 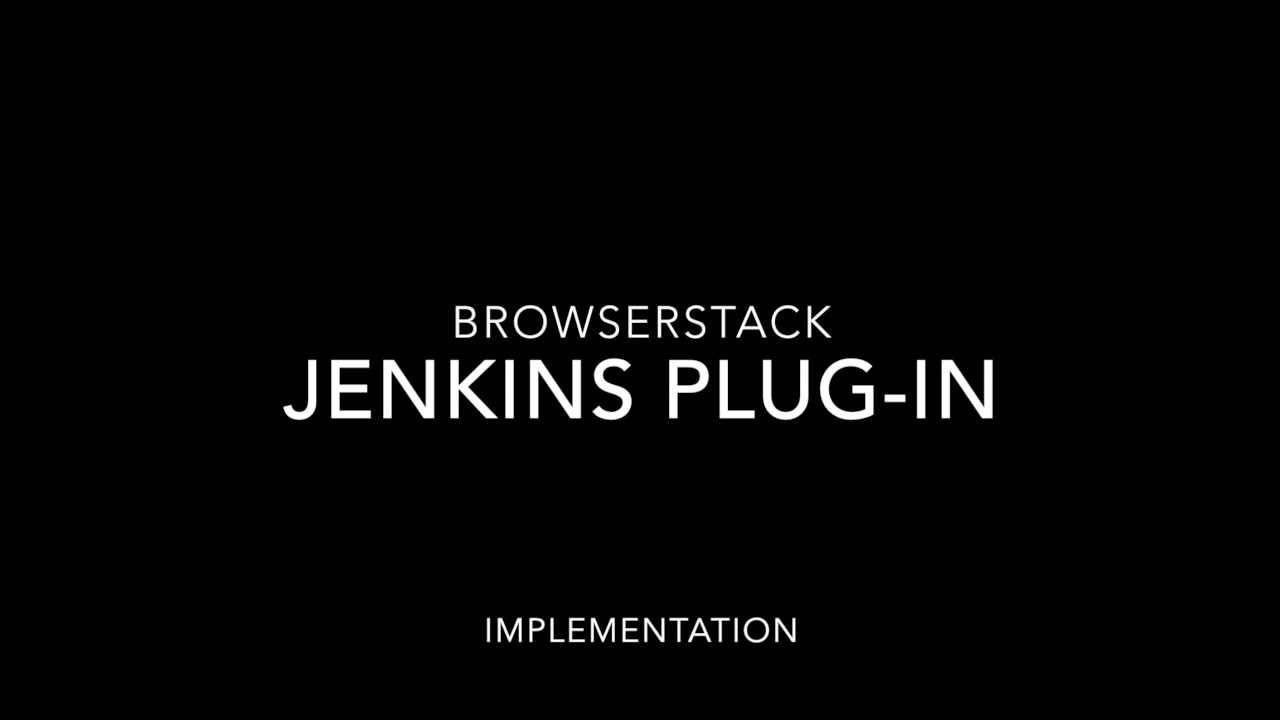 Apart from these, many tools help with the analysis and reporting of tests. Some of these are Tests Analysis Plugin, Test Results Analyzer, bootstrapper-multi-test-reports-plugin, Junit publisher plugin, etc.

BrowserStack’s cloud Selenium grid of 3000+ real browsers and devices offers integrations with multiple CI/CD tools, including Jenkins. Sign up for free and start running automated tests on the latest devices and browsers on the cloud.
Automation Testing CI CD Tools DevOps
Was this post useful?
Yes, Thanks Not Really 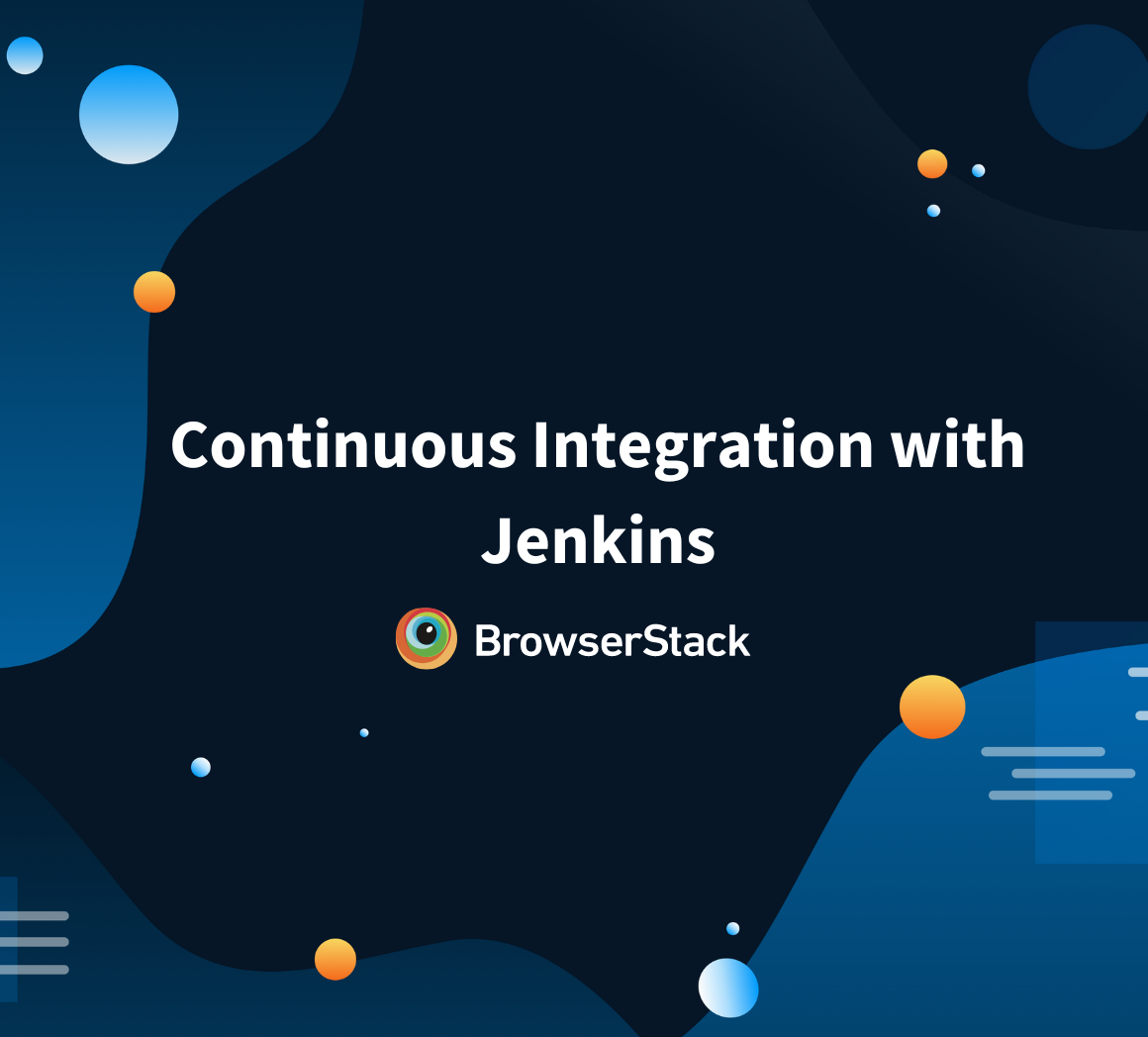