Our main product dashboard is written in Rails. This Rails application uses 74 keys, shared between 16 teams with part-ownership among themselves. A DevOps team has super ownership of all the keys.

Now, imagine that one of the 16 teams wants to change a key. They raise a ticket for the DevOps team. Then the DevOps team makes changes to the key and deploy it on all production machines. Furthermore, since we are SOC2 compliant, we also have to rotate all our keys every 90 days. This activity would take ~35 man-hours just for the Rails app.

In the summer of 2019, we decided it was time to re-architect the key management system of our Rails application.

Suppose a team at BrowserStack comes up with a new component or a new service. That service could have some authentication keys or may use some third-party tools. After our planned re-architecting, the teams would be able to add their keys to a secure, central location where:

How were we managing our keys thus far?

We stored our keys in an AWS CodeCommit repository, accessible only to the senior members of the DevOps team.

The problem with AWS CodeCommit

The keys were stored in a plaintext file. Access to that one file meant access to all the keys. There was no way of keeping a part of the file encrypted and the rest visible to teams.

We considered dividing the keys into team-owned YAML files. The Jenkins job would merge the file and deploy a single YAML file on the production machine. It was better than plaintext, but as far as secrets management goes, it was still clumsy.

Exploring the solutions: Knox vs Vault

A maxim we go by at BrowserStack is to not reinvent the wheel. Developing a secrets management component of our own was a low priority. We needed to find a suitable pre-existing solution instead.

A simple Google search for 'manage secrets' led us to HashiCorp Vault. We also find an alternative to Vault in Knox, an open-source key management solution maintained by Pinterest.

Here is the feature comparison that we did:

In the end, we chose Vault.

Vault, who’s got your back?

Vault as a component has backend storage. But the filesystem does not allow us to scale since every Vault will have its own storage. For the Vault system to be HA, there should be at least one more Vault server to serve as backup if any one system were to go down.

But here is the issue: if we don't use a backend storage, we will have to create a service that will sync the two Vaults from time to time. Since there are solutions that can provide this functionality, we looked at two backend storage solutions for Vault: Consul and DynamoDB.

We compared the two on the following criteria:

There were similarities too. Both Consul and DynamoDB are HA, easy to maintain and offer plenty of useful integrations.

In the end, it came down to cost and we picked DynamoDB. One week later, our revamped deployment architecture looked like this:

The Vault deployment was iterative. In the first phase, we were testing the waters. We wanted to see if Vault could (significantly) reduce the hours we spent on our key rotation activity.

There were two Vault features we had our eyes on:

Why did we use Ansible to deploy the keys?

We kept Ansible as a way to interact with Vault for two reasons.

First was to minimize risk. Introducing a new service around the management of secrets can produce some scary unknowns. What if my Vault becomes unresponsive (due to network failure) at the time of fetching the keys? We would need a system to implement a cache.

Secondly, we didn't want to spend more of our time maintaining the uptime of Vault as a service. At BrowserStack, we use Ansible for our infrastructure management. Since most of our developers were familiar with Ansible, keeping it around made things easier.

How does secret management with Vault work?

Once set up, integrating Vault was simple. Vault has a portal for accessing keys. It shows all the keys that we have access to, as well as values of their older versions.

For our setup, we created a key-value pair (KV2 in Vault terminology) mount point for pre-prod and a matching one for prod. Team leads and managers have access to their respective teams' keys in pre-prod mount point, with permissions to access/view/change them.

Every 5 mins, a cron job does a sweep for any mismatching keys in pre-prod and prod mount points. If it finds that a mismatch (implying that a key was updated in pre-prod mount point), an email notification is sent to the 'owner' of those keys, telling them that the key needs to be deployed on production system.

The notification email has 'deploy' and 'revert' links that take the recipient (team-owner) to a CI/CD pipeline. Once they hit 'deploy', it merges the updated key in a prod mount point and deploys the application in question.

If an updated key in pre-prod mount is not deployed within 6 hours, the changes are reverted.

Why did we have different mount points for pre-prod and prod?

There were several reasons:

How does the automation know where to deploy the key?

How do instances and BrowserStack employees access the Vault?

All auth backends allow a max TTL of 30 mins for the authentication tokens. Along with this, we have disabled the use of root token anywhere within BrowserStack.

So close, yet so far

Within one week, we had set up and deployed a secrets management system for our Rails app using Vault and DynamoDB.

Engineers can see and modify their keys without involving DevOps. Phew!

Our 'quarterly' key rotation activity used to take us 30-35 man-hours, per rotation, for the Rails app alone. After Phase 1 of Vault deployment, it takes ~12 hours. Progress!

Now, the vision we set out with is yet to be realized. But with Phase 1, we have figured out the direction and laid down the groundwork for improvements over time, which will involve:

Our secrets management overhaul is not a sprint but a marathon. And we believe that moving in the right direction at the right pace is what truly matters. 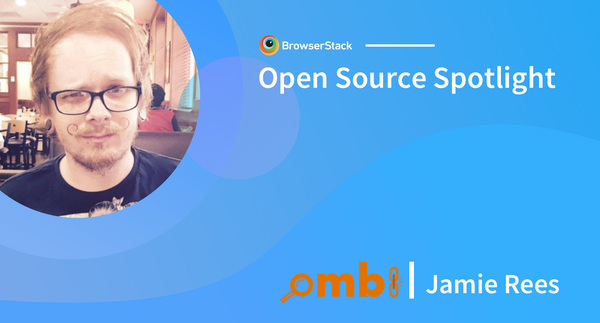 Jamie Rees, creator of Ombi shares some great tips on working around burnout, finding the initial contributors for a project, and balancing a full-time job and family with a hobby. 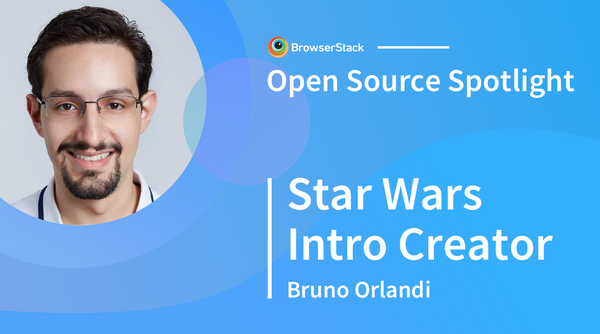