Quality Assurance (QA) is a common practice to check that the end product meets agreed expectations and is bug-free. In short, Quality Assurance in software testing ensures that the software delivered is of high quality that gives a seamless user experience.

Software applications can be tested using manual techniques or test automation. While Manual Testing involves QAs running each test manually to find bugs, software test automation is a broad term used for testing the software in an automated or a programmatic way.

However, in either of the testing methods, test failure plays a major role in debugging. And hence failure detection in a QA workflow is significant to delivering a bug-free experience to the users.

What is Software Test Automation?

Software test automation uses specialized tools to control the execution of tests and compares the actual results and expected results to produce the output. The checkpoint or assertions are used to define the pass/fail criteria. Some of the most used software test automation frameworks are Selenium, Cypress, Playwright, Puppeteer, etc.

In automation testing, the actions are simulated using specialized commands to replicate the user actions and workflows. Automation tests can run on their own without any human interaction.

Why do you need Test Automation?

Organizations are moving towards automation, making it an inevitable part of the software development lifecycle. Here are several reasons why Test Automation should be used in your project:

When not to choose Test Automation?

What is a Test Report in Software Test Automation?

Test Reports are the end results or output of the testing written in a human-readable format. Test reports contain screenshots of failed scenarios/test cases, graphs, etc. Sometimes additional stack traces will be mentioned to analyze the failed scenarios.

There are two scenarios in which test cases fail in software test automation:

The first type of failure is valid, as the application is not behaving in an expected way, so the test case failed. This is called a valid failure or true failure.

Did you know How Test Failure Analysis Can Drive Smoother Releases? Check out the guide to know more about it.

How to reduce the false failures in test automation?

The stack traces are like proof of your test failures. The stack trace helps to trace back the errors. In most cases, you can judge whether the failure is a false or valid failure just by looking at the stack traces. Whenever you expect an exception or an error add a code to capture the stack trace.

Log every detail into a separate log file. Just like any development practice, have loggers defined in your automation framework. Log interactions and other useful information in a simple log file will help you quickly analyze and fix failures. Many logger frameworks make your job easy. For example, log4j can be used for Java-based frameworks.

The log file provides information about where it failed, and which interaction or action caused the failure of the test. This information helps to narrow down the problem or failures.

Most of the test automation tool provides the console logs feature, the console logs are shown based on the default log level or that set by the user. The detailed console.log helps to understand the problem and where it originated from.

For example, if you are using Selenium, you can enable all logs to get detailed logs.

Many think that automation tests can be written once and forget it, but this is not true. The automation tests need timely maintenance for accurate results. One of the reasons for false failure is unknown feature changes or addition. Have a frequent sync-up with the development and product team to understand the changes. Any changes in the application need to be updated in automation scripts as well. This helps to reduce any false failures because of feature changes.

Before upgrading the automation framework and dependencies, analyze the new version changes. The release notes usually state the changes that are made in the latest version. Understanding changes and modifying them in your test scripts eliminates false failures. Note: Above is a sample code. You need to define and write the logic to implement IRetryAnalyzer before using it in the @Test annotation.

You can integrate the test automation tools or pipelines with tools like Slack, Teams, etc. The messenger tools provide instant results, and whether tests are passed or failed, you can take a quick look immediately and check for errors.

Let’s consider a scenario in which the system where the test automation is configured is running updates. This causes performance degradation and failing automation tests.

Everything might look normal if you look at the automation test results after a few hours. However, if you log in to the system immediately, you can clearly see the update process or tasks which are running, and there is an issue with performance. This helps to understand the problem without the hassle, and you can tune your automation script schedules accordingly.

For example, if you are using the Jenkins and MS teams, you can easily configure the integration using the connectors.

Many times you try to emulate browser settings and perform the automation on emulated devices. For example, you can execute the mobile browser testing by changing the viewport, but this doesn’t guarantee that result will be the same on real devices.

At times, testing on emulators and simulators is not as accurate as that of real devices since the real user conditions are not taken into account. It is pivotal to decipher why test on real devices compared to emulators or simulators.

The tests can be executed on real devices and browsers using tools like BrowserStack, which helps to avoid false failures.

Test on Real Devices for Free

Tools such as Slack, MS Teams, and analytic tools like Grafana can help you to narrow down the problem. The test automation team needs to spend a good amount of time choosing and integrating tools and dependencies. The efficient implementation test automation framework is key to reducing false failures.

Most importantly, it is always recommended to test on real devices to avoid false positives. However, it brings the question of build vs buy, i.e., whether to build an in-house device lab or a buy subscription of a real device cloud like BrowserStack.

Building in-house infrastructure is expensive to create and maintain while renting cloud-based infrastructure is cost-effective and reliable. Players like BrowserStack are offering access to 3000+ real device browser combinations to test effectively, along with one-of-a-kind features like Barcode Testing, QR Code Testing, Biometric Authentication, Geolocation Testing, Network Throttling, etc. to ensure that the test results are accurate. 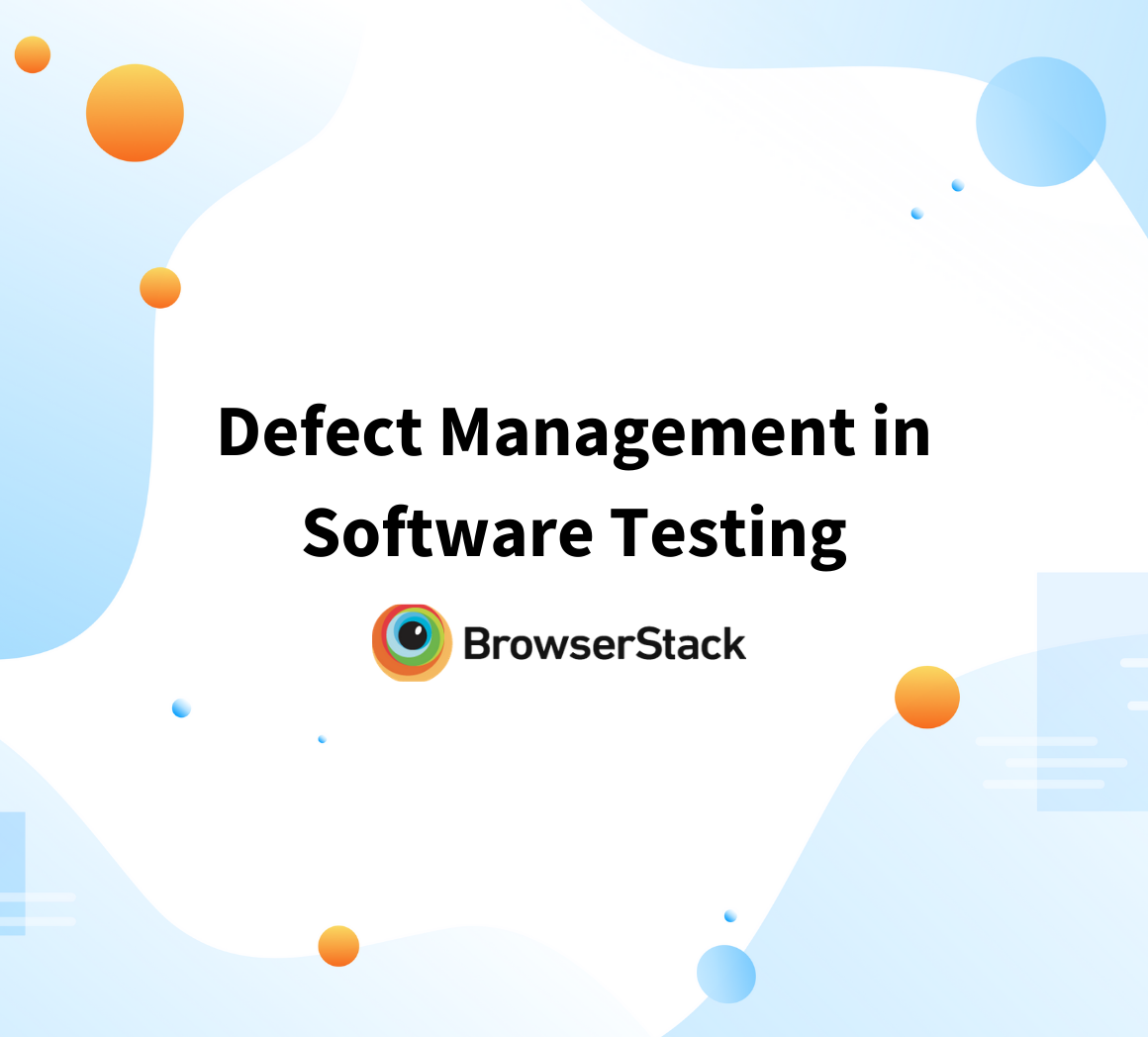 Learn about the defect management process, the metrics to go after, and the role of real device test...