How to Test Native Apps for better User Experience

According to a global forecast, 6.68 billion people have smartphones and spend their time using multiple mobile applications. So, it’s a great responsibility for companies and developers to provide users with a better in-application experience without any bugs and glitches. To achieve that, rigorous testing is the only way forward, irrespective of the operating system.

The same stands true for native apps which have been developed specifically for Android and iOS. Depending on the OS, the language used to build them is different. Java or Kotlin is used for Android, Swift is used for iOS. They can also be built and tested using React Native.

So, this write-up can be of great value if you are involved in the testing or are interested in native apps. It covers everything about native apps, when to use native apps, and how to test a mobile native app for a better user experience.

What are Native Apps?

Native Apps are smartphone applications that run on Android or iOS. Based on the OS, native apps are developed in Objective C or Swift for iOS and Java for Android OS. Also, using cross-platform frameworks like React Native & Flutter. It can optimize device-specific hardware and software while geolocation testing.

Native apps are easily available on the OS-specific app stores. For example, you will find native Android apps on Google Play Store and iOS apps on the App Store. Some of the best native app examples are – WhatsApp, SoundCloud, Spotify, etc.

There are numerous reasons for developers to conduct testing, including removing bugs & glitches, enhancing UI/UX interface, fast performance, and improving security. The best part of testing native apps is that it gives developers valuable insights and real data that helps to identify where improvements are required.

There are major benefits for product companies to build native apps:

With Browserstack Performance Testing, this becomes effortless and accurate  in the face of real-world situations like The multi-factor authentication and its general biometric architecture make native apps more secure than others. Hence, your information is safe and sound. Given that monetization might be a core feature of native apps, it is natural that app developers will want to test the in-app purchase flow with utmost security.

Compared to other apps, native apps provide a better user-friendly experience because of their interactive interface and friendly OS dependency.

The main purpose of developing native apps is to take complete advantage of using a specific operating system (Android or iOS). So these native apps can easily access the hardware part of the device, including GPS, camera, microphone, etc. Because of complete access to the device’s native features, native apps perform faster and provide a better UX.

How to Test Native Apps

The benefits of developing and monetizing native apps undoubtedly make them a popular choice. So, knowing how to conduct native mobile app testing in detail can improve your job as a developer/tester.

Some critical functions in native apps need to be tested, including

First, you need to Click Here to create a Free Account in BrowserStack by filling in basic details or with a Gmail SSO login. Once you’ve created a free account in BrowserStack, you’ll be redirected to its dashboard, where you’ll see different options to choose the application type, including web app, native app, hybrid apps, and different types of testing.

You can simply click on App Live (for native app testing). BrowserStack offers both OS (Android and iOS) for testing mobile apps. You can simply pick any device (Android or iOS) as per your application support and click on the device. If you’re testing for the first time, you can click on “Test with a sample app” to see how the functions work in BrowserStack. Once you’ve given the dashboard features a quick run, you can upload your native application on BrowserStack by clicking on “Upload your App“.

Now, it’s time to use BrowserStack to test your native app. You’ll see an interactive and user-friendly interface with easy testing options to test your application in different scenarios and find bugs that can be resolved. You can quickly switch devices and test all the possible test cases that you planned on. Congratulations! You’ve successfully tested your native apps on BrowserStack to find and fix problems in real-user conditions as intended.

In conclusion, native apps are powerful, user-friendly, and interactive applications that support only specific operating systems like Android or iOS. It’s essential for developers to conduct native mobile app testing to keep providing a better customer experience, usability, and performance.

Moreover, with native applications, mobile users get the full-blown hardware-software optimized performance as intended by the developer. 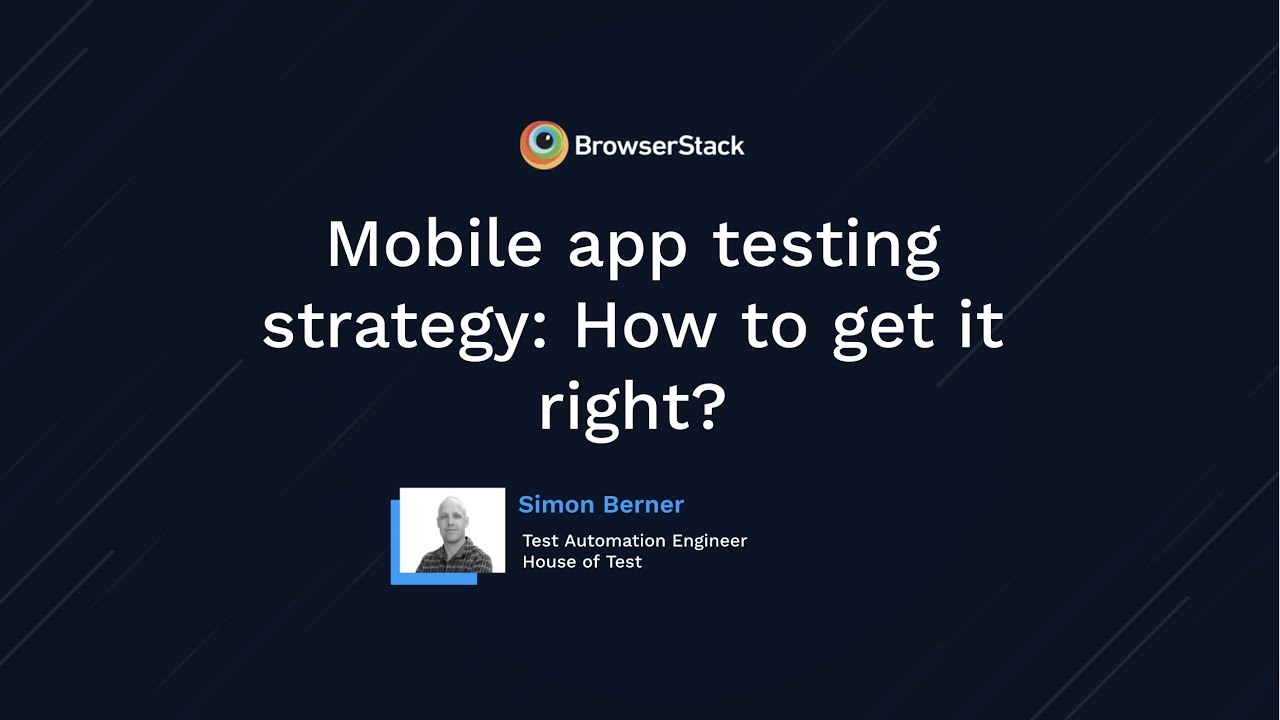 We hope you got understand everything there is about native apps, their benefits, and native mobile app testing for a better user experience. 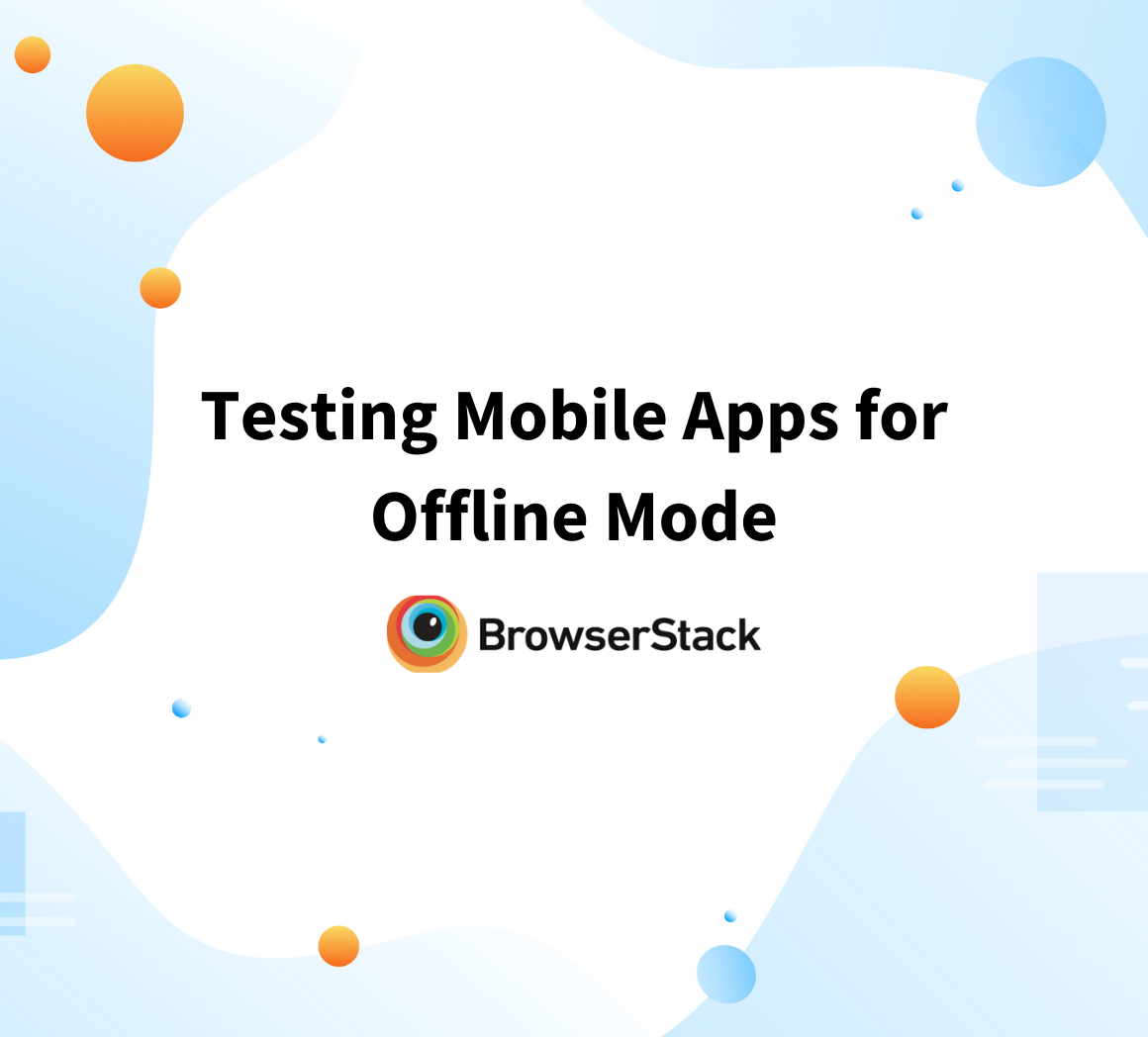