Featured today is Omose Ogala, Software Engineer in Test at Twitter. Omose is an iOS app developer who has created multiple apps under the #OgalaApps umbrella, including Vizzi Music, Schmoney Game, and an app that helps users identify the music DJs play at parties. Omose lives in San Francisco and often works with tech startups to help them develop and/or modify their projects.

At Breakpoint 2020, Omose will talk about testing for a product with microservice architecture—along with the challenges it entails and how the team overcame them.

I once had to write user acceptance tests for an internal Dell website as part of an internship. I soon realized that testing had a significant impact on the industry—and plenty of opportunities.

As I continued to develop software in other places, I took test-driven development approaches—to lead by example. I made sure to add enough unit, integration, and end-to-end tests. I always took the time to build tools and frameworks to speed up the process.

How did you come up with #OgalaApps?

'#OgalaApps' started when I was in university. I would develop numerous iOS apps and rapidly push them to the app store. In doing so, I was able to learn what people enjoyed and how I could enhance products.

The biggest app released under this developer label was Vizzi Music, a music streaming platform. This app gave users a music-streaming-app-like experience, including libraries, album artwork, playlists, and music suggestions—but for video content from YouTube and artists' submissions.

I recently built a chrome extension called 'Stream Party,' which is perfect for this new age of social distancing.

Stream Party is a Google Chrome extension that allows you to stream synced videos on Netflix, YouTube, Disney+, and Instagram Live with multiple friends, and also video chat and message each other at the same time. 'Stream Party' hopes to help you feel like your friends are in the same room as you and enjoying content with you.

What are you reading/learning right now?

Right now, I am diving into SwiftUI. I was one of those engineers who started building iOS apps with Objective-C. When Swift was released and matured, I learned and adopted it.

Now that SwiftUI looks like it's here to stay, this is the next thing I want to be proficient in. I've always found mobile to be an interesting space. I think it is powerful that one app can be in the hands of millions of people. Now that is impact!

Ask Plenty of Questions
We all know that asking questions is a great thing. Don't be afraid to learn from others in your space. Use their experiences to your benefit.

Be Open
Be open to learning new technologies and ways to create an impact. There are new testing tools being built and used each day! Try to leverage what works best for you and your use-case.

Understand the basics
Some of the most complicated testing issues can be solved by placing tests in the right place. Understand why we test, what made older tools so successful, and where your efforts should be shifted. 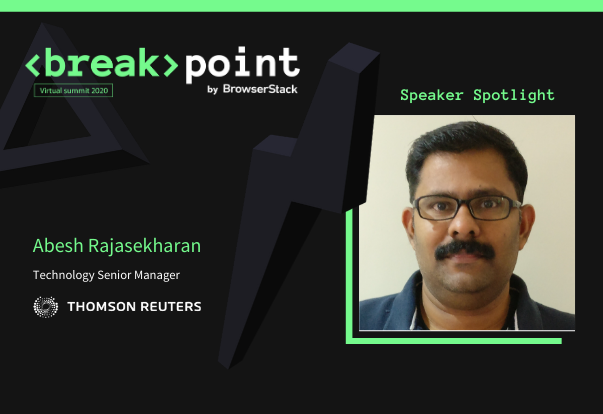 Abesh Rajasekharan, Technology Senior Manager for Thomson Reuters tells us what he's learning as a .NET developer and why testers should think of their role as more than testing. 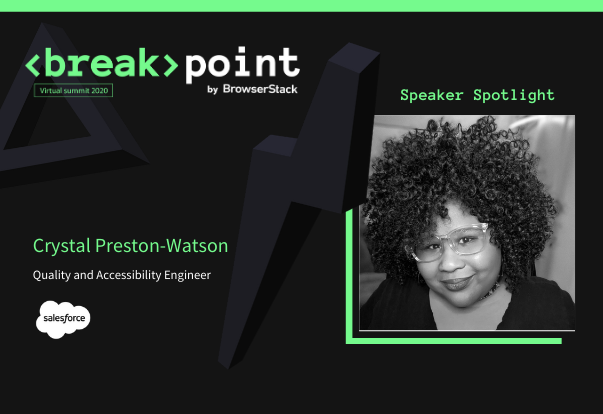 Crystal Preston-Watson, Quality and Accessibility Engineer at Salesforce tells us why accessibility is important, how it's often overlooked by engineers, and why she moved into QA from front-end development.