Featured today is Crystal Preston-Watson, Quality and Accessibility Engineer at Salesforce. Crystal is passionate about building leading and inclusive applications for everyone. She has over a decade of experience with online media and software companies in North America.

At Breakpoint 2020, Crystal will talk about accessibility—why it is an ongoing initiative (and not just a one-time project), how your team can integrate accessibility testing into a workflow, and how you can approach post-accessibility audits.

Why did you decide to move from front-end development to quality assurance?

I was initially working for a newspaper that had to close down after 149 years in business. I had a hard time finding another position in journalism, given the state of the industry at the time. I had always been interested in software development, but it was more something I did in my spare time.

I soon started freelancing as a front-end developer, but as I picked up more front-end projects, I found it didn’t completely satisfy that part of my personality that was filled by working in journalism.

A friend who had also worked at the newspaper and moved into development suggested I look into quality assurance. I did—and 7 years later, here I am!

What does your role at Salesforce involve?

I lead the support and testing of accessibility issues on products. I also guide the testing and development of features for accessibility compliance for Salesforce.org’s Nonprofit Cloud.

A few years ago, I was asked to test the accessibility of a feature using JAWS (a screen-reader for Windows that provides speech and braille output for blind and visually impaired users).

I had never used a screen reader before, so I set off to learn as much as possible. The more I learned, the more interested I became. The deeper I dived into web accessibility, the more I realized how it is viewed as an afterthought—and even an inconvenience to many in the tech industry.

Why is accessibility testing important?

Computers and the internet are a critical part of our society. They are no longer a luxury, and it's inexcusable for websites and applications to be built and released, knowing there are major barriers for a significant portion of its users.

You don’t have to love testing—but you do have to be interested in it. That interest will keep you learning, sharpening and exploring new skills, even when it’s not fun or easy. Also: drink plenty of water and wear your face mask!

Omose Ogala, Software Engineer in Test at Twitter tells us about his favorite app builder, how he got introduced to testing and how he approaches test driven development. 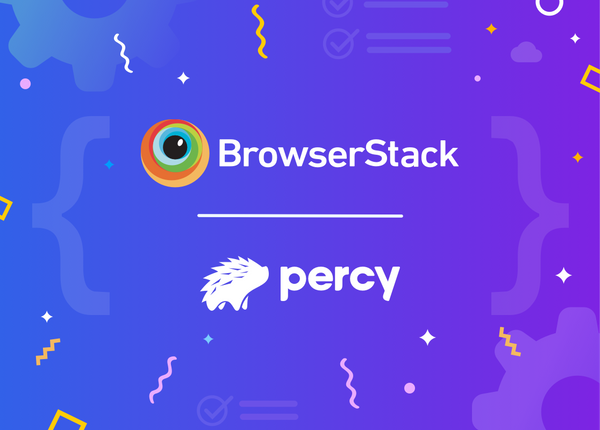 Ritesh, the co-founder and CEO of BrowserStack, announces the acquisition of Percy—the leading visual testing and review platform.