In September 2013, a self-taught developer from Spain tried to design a website based on a Powerpoint presentation. Unable to find any jQuery plugins to help with this, Alvaro Trigo created one himself, calling it ‘fullPage.js’. Little did he know that the open source project would soon snowball, attracting 30,000 Github stars, 124+ contributors, and thousands of happy users, including Google, EA, Sony, BBC, and eBay.

In the early stages, Alvaro spent his time coding, marketing, creating video tutorials, extensions, licenses, and articles for the project. fullPage.js soon gained traction and issues started getting flagged. As he tried to fix these issues, Alvaro realized a major shortcoming.

Being an iPhone user, Alvaro had no access to other operating systems like Android. “It was frustrating,” he explains, “because people reported issues I couldn’t test.” He considered purchasing an Android device, but that still wouldn’t give him access to different browser versions, especially for IE. He tried the IE9 compatibility mode, and he also tried asking friends and family to open up his website on their devices—but it simply wasn't efficient or scalable.

He needed an easy, practical way to test components and reproduce bugs on different browsers, browser versions, and operating systems.

A quick Google search led him to BrowserStack, and a 30-minute trial showed him that it was possible to test across multiple browsers and devices without ever purchasing one. BrowserStack gave Alvaro access to thousands of browser-OS-device combinations—for free! (The web and app testing platform is free for open source contributors)

Alvaro was now able to test components on different browsers and devices, replicate bugs on a user’s exact setup, and be confident of compatibility. BrowserStack also offered real mobile devices, “which was important for me,' explains Alvaro, “because SDK simulators just don’t behave the same way a real device does.”

What once involved owning a virtual machine or finding a friend to help with tracking issues, was now convenient, fast, and reliable.

With BrowserStack, Alvaro was able to change location settings, resolve URLs with his own network, test local folders, and change screen resolution.

“I can now provide faster, more accurate support to my users,” says Alvaro. This gave him the confidence of product quality, which in turn led to happier users and exponential growth. “BrowserStack has sped up the entire process of providing them with a solution. It is quick, easy to use, convenient, and free.”

BrowserStack gives lifetime free access to all products for open source developers. You can learn more or sign up here. 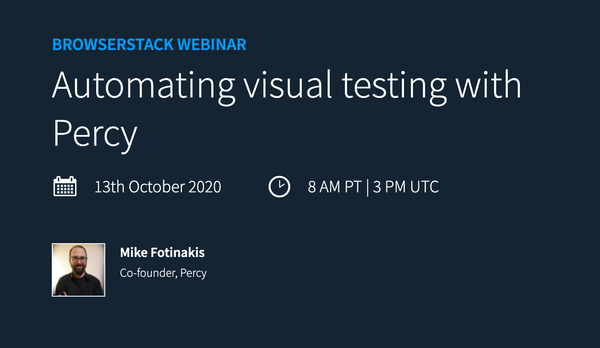 If you are curious about what visual testing is, or you’ve heard of it but aren’t sure how it’s different from your existing tests, this webinar is for you. 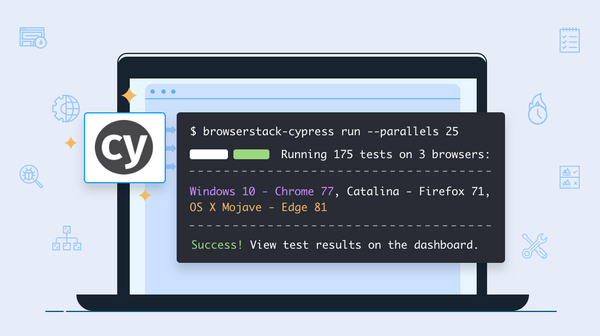 Cross-browser Cypress tests are easier to run at scale on a cloud testing platform like BrowserStack. Here's how you can get started.

BrowserStack Blog
—
fullPage.js makes every user happy by testing across browsers and devices