Various frameworks are available for cross-platform mobile app development, which we will discuss further in this article.

Most popular cross-platform frameworks utilize a single code base to generate apps for different platforms. This means you must code on the programming framework supported by the platform of your choice.

Since translating one code base into multiple applications is not a trivial task, many popular options have their advantages and disadvantages regarding comparison.

React Native is an open-source, cross-platform app development framework owned by Meta (prev Facebook). It is used for creating native cross-platform apps for Android, iOS, and Windows using JavaScript and TypeScript (a strongly-typed version of JS).

React Native and Xamarin are at the top regarding user adoption and popularity.

Follow-Up Read: How to Test React Native Apps on iOS and Android Devices

Flutter is an open-source cross-platform app development framework owned by Google. It is used for creating native cross-platform apps for Android, iOS, and Windows using Dart. Some examples are Alibaba, BMW, Google Ads, and Tencent.

Many ready-made solutions for native apps enable developers to work with Continuous Integration platforms like Travis and Jenkins.

Read More: How to run integration tests on Flutter apps

The Cordova platform by Apache is a tool that can be used to create mobile applications for s Android, iOS, Windows Phone, etc., using  CSS3 and HTML5 for rendering and JavaScript for logic.

It provides access to device-specific functions through JavaScript APIs so that developers can build apps using web technology instead of the native programming languages ​​of each operating system (Java or Objective C). Since it uses web technologies, debugging is relatively easier.

Mobile app development cross platform is a rapidly evolving field. These platforms and frameworks are going through changes routinely, and new tools and techniques are coming over the horizon. We need to keep in mind all the pitfalls and limitations of these technologies, not to shy away from adoption, but only to prevent any unnecessary business-related disruptions and issues.

Here is the list of things to keep in mind when working with cross-platform technologies: With a streamlined application development process, it is natural to expect the testing infrastructure to have effective features and robust capabilities. Automation is among the top priorities for all QA teams.

With mobile app development cross platform and testing them on such a wide range of test environments, you can recreate real user scenarios and device experiences.

Analysis and data visualization are the two post-testing activities that will help you understand, arrange, document, and visualize what happened during the test runs. Plus, it records the application behavior if captured efficiently in visual formats.

Once you have achieved a healthy level of collaboration with the business teams on analyzing the results of the various levels of testing, you can make the most sound decisions for the future of your cross-platform mobile apps. 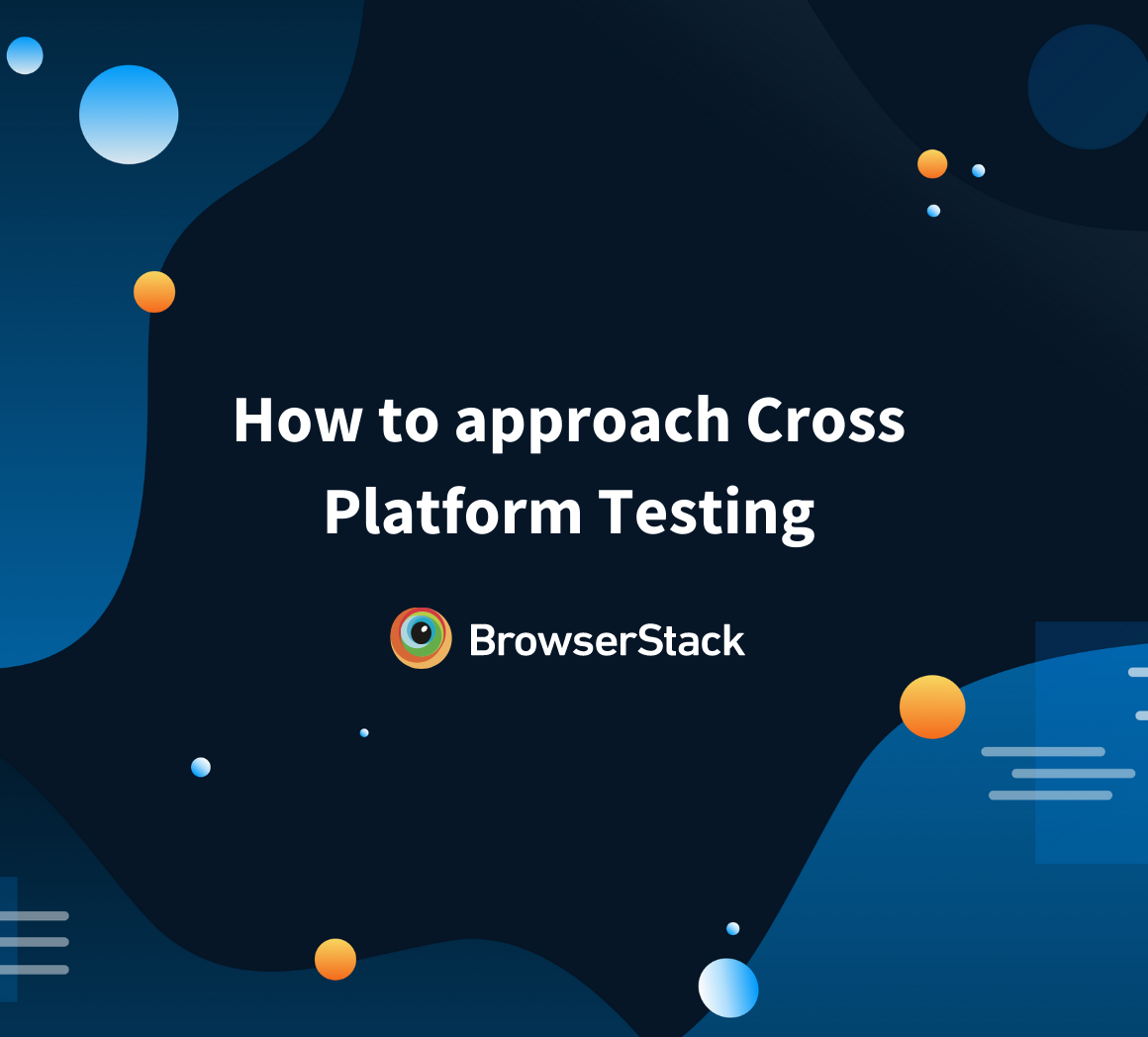 How to approach Cross Platform Testing

What is Cross Platform Testing? What should you consider before creating a cross platform strategy? ... What is an apk file

mAPK is a file format used by Android to install and distribute apps across its ecosystem. Learn mor... What is Automated UI testing?

UI testing is a must for delivering a robust user experience. This article highlights the basics of ...

How to approach Cross Platform Testing

What is an apk file