How to speed up UI Test Cases

UI Tests can be carried out by either manual methods or via automation frameworks. Manual testing can be highly useful in cases where human judgment is required to ensure functionality. However, automated testing is the more practical, effective, and efficient method for most test cases.

Browserstack Automate can greatly help users automate and test their applications. It offers integration with multiple popular automation frameworks, such as Selenium, Cypress, etc., to carry out testing on 3000+ desktop browsers and real mobile devices.

These frameworks can be made even more effective when creating UI test cases focused on visual appearance by integration with visual test automation tools such as Percy.

Automating UI test cases, while highly efficient, isn’t always the only solution. In cases where font size, style, and color are being tested or where the formatting of certain elements is being checked, visual regression testing is the more appropriate choice. Visual regression testing can be carried out to ensure that the UI is maintaining a certain defined appearance and that no visual defects are present in the application.

By using user-friendly tools to find visual defects that may be difficult for manual testers to spot and which can conduct tests and frequently iterate, more efficient UI testing can be carried out.

By taking snapshots of the user interface as changes are pushed in the software, Percy can detect visual changes with extreme precision. At the pixel level, it contrasts these pictures with a baseline snapshot and highlights any visual regressions it discovers. Percy carefully examines the user interface and flags any defects it finds in a number of well-known browsers, including Microsoft Edge, Google Chrome, Safari, and Firefox at various responsive widths.

Furthermore, since Percy overlooks instances where there is a single pixel defect in a circle of seven surrounding pixels, this ensures that minor flaws of a few pixels aren’t erroneously reported. Additionally, the user has the option to designate elements that they want Percy to ignore. These elements, such as gifs, won’t be accidentally flagged as defects.

Running test scripts in a sequential manner can often be counterintuitive to the purpose of automation. Test cases are automated in order to increase speed and efficiency. However, running independent test cases one at a time consumes a lot of time and resources.

Parallelization is a concept, similar to multithreading, that allows the user to greatly speed up the automated testing process without sacrificing the quality of the tests. Parallelization can best be defined as the simultaneous execution of automated test scripts against a plethora of diverse environments and device configurations.

Specific conditions are required to utilize parallelization effectively. The tests being run concurrently must not have any dependencies. In the case of dependent tests, where a certain test depends on another, sequential execution would be necessary.

For example: Let’s say there are two tests, Test 1 and Test 2, which are being run parallelly. However, the execution of Test 2 depends on the results from Test 1, this will lead to a false negative result for Test 2. In such a case, the tests should be run sequentially or reworked to remove dependencies.

Cross browser compatibility testing is an ideal demonstration of how effectively parallel testing can be used. Browserstack Automate enables the test engineer to employ parallelization and run hundreds of test scripts simultaneously to check for compatibility on more than 3000 browser and real device combinations.

The test engineer also has the opportunity to scale as testing expands with Browserstack Automate’s Selenium Grid without having to worry about maintaining versions, introducing new devices, or managing capacity.

The goal of most web applications is to provide the user with a customized experience. If you’ve ever come across the odd phenomenon where a website remembers your preferences, cookies are the mechanism behind it.

Cookies are used to customize the website according to user preference and are also often employed for tracking user data. This tracking contributes to providing tailored ads which may be of more interest to the user. Cookies are stored using the HTTP protocol, which is also used to transfer data files over the internet.

Cookies can be used with web automation tests to greatly expedite test runs. Most automation frameworks provide options to utilize cookies for test scripts. Cookie-stored data such as certain user preferences and login information can be logged to preload specific scenarios for tests as needed. Cookies can be used to alter the state of the UI and speed up UI test cases by storing data, turning features on and off, tracking, and remembering information about user sessions.

Use the Right Methods, Tools, and Frameworks

UI test cases are some of the slowest test cases; to speed them up, it’s important to employ the right tools and techniques. No matter the kind of testing being carried out, using the correct testing tools can greatly increase the efficiency of the testing process.

Time performance is greatly influenced by the size of the test scripts. Tests should be modular and only cover the necessary material. By making brief and targeted tests that are not dependent on one, another testing can be carried out more efficiently via parallelization techniques.

In addition to this, the correct open source automation frameworks or automation testing software can greatly simplify the job of a quality assurance professional. There are numerous tools available to increase output, quality, and client happiness. For example: In cases where testing for visual defects needs to be done, using tools such as Percy is more efficient than reinventing the wheel by writing test scripts. By researching and employing the best tools, frameworks, and solutions based on the application’s demands, the test process can be greatly improved in productivity and efficiency.

Although it is feasible to run hundreds of test scripts parallelly on a grid across several OS, machines, and browsers, it’s not always necessary to do so.

UI testing can be greatly optimized by limiting the combinations of OS/machine/browser tested for compatibility. caniuse.com can greatly help a QA determine which browsers should be targeted for cross browser compatibility testing.

Using caniuse.com it’s easy to accurately identify which HTML components will be compatible with a variety of browsers and which won’t. The next actions can also be decided using the global consumption statistics available on the application with various factors and references. The references provided on caniuse.com can assist the developer in identifying the cause of any partial or nonexistent functionality to fix any bugs.

UI testing can be done much more quickly by streamlining the cross-browser compatibility testing procedures in this way.

Use the API layer

Modern online and mobile applications are built around APIs. The API layer is very powerful and capable of several tasks. For example: creating test data, performing verification, or carrying out cleanup; all these tasks can be performed faster through an API than they could via automation test scripts.

An example of the utility of APIs could be that setting up test cases, such as setting up a certain number of user profiles, with manufactured test data can be carried out far faster via the API layer; Especially when the alternatives are manually setting up test data or hard coding automation scripts to do so.

Another example of how the API layer can be utilized for verification could be: Let’s say a QA wishes to verify a count of a certain number of users visiting a page, or a certain number of purchases made on the application. API calls can verify these counts without errors and more efficiently than an automation test script. 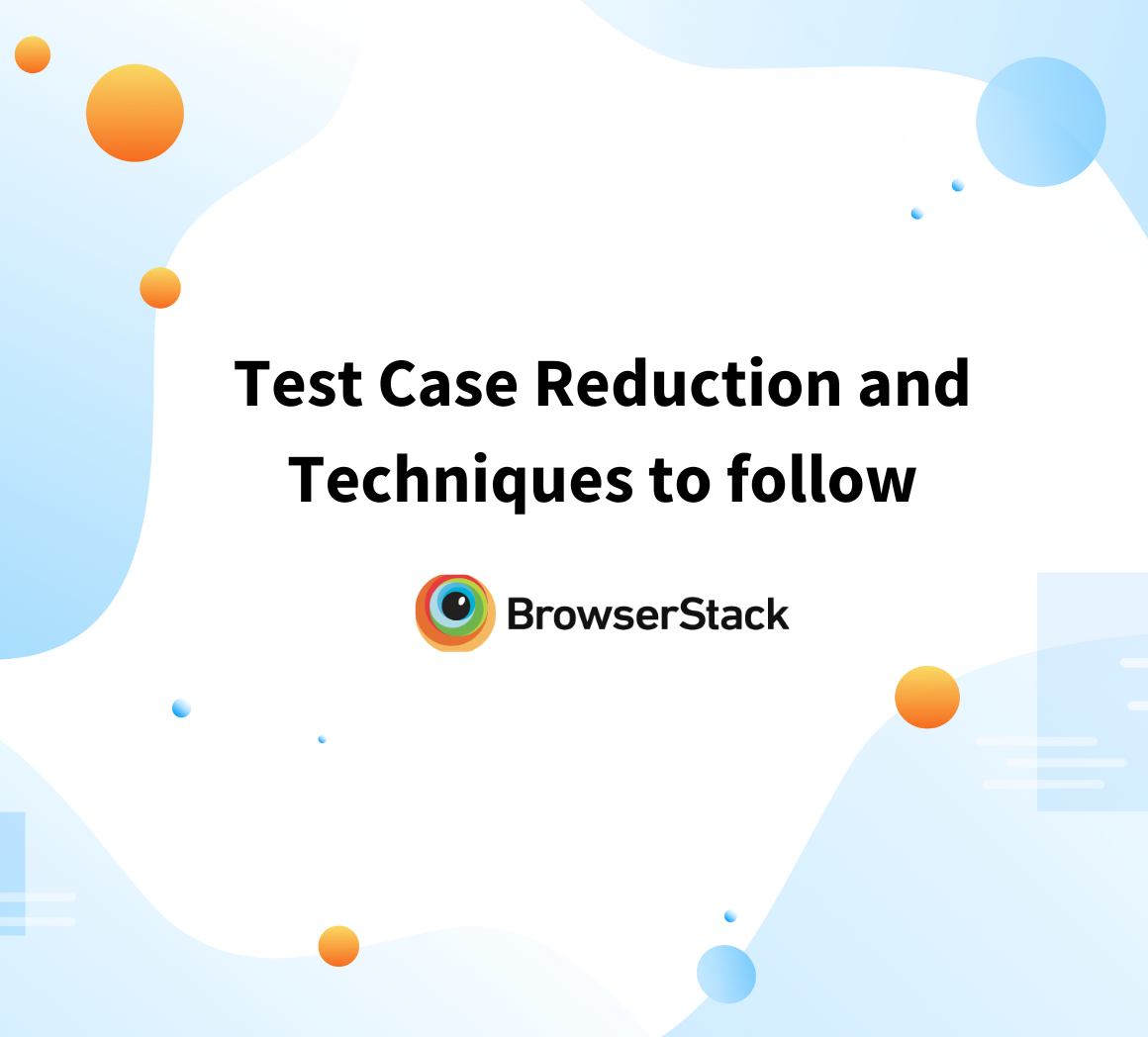 Looking for how to reduce the number of test cases to be run? Check out our guide on test case reduc... 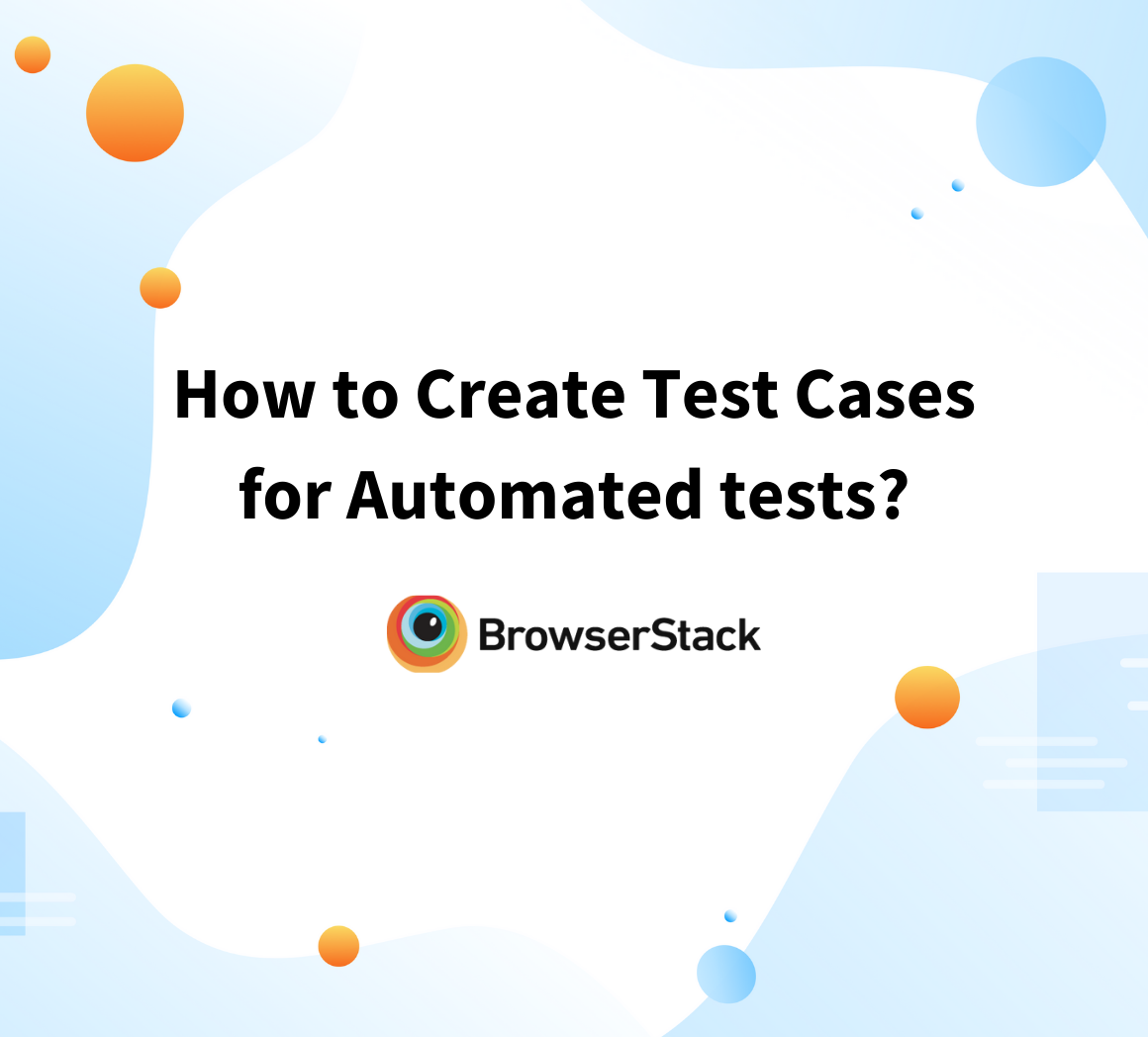 How to Create Test Cases for Automated tests?

Learn how to create test cases for automated test with this step by step tutorial and speed up testi...