User Interface (UI) testing ensures that an application meets its functional requirements and achieves the high-quality levels required for it to be successfully adopted by users.

One approach to UI testing is to have a human tester perform a set of user actions on the target app and verify that it is behaving correctly. However, this is tiresome, time-consuming, and prone to error.

A more efficient approach is to automate UI tests by replicating user actions via an automation framework. The automated approach allows QAs to run tests quickly and reliably as many times as they require.

This article will explore the process of running automated UI tests on Android apps and the tools useful in executing the same.

Advantages of automating UI tests are as follows:

A few commonly used tools for Android app testing include:

Espresso is an Android test automation framework open-sourced by Google. Its aim is to provide testers and developers with a user-friendly UI. Espresso uses an API that is small, predictable, easy to learn. It is built on top of the Android instrumentation framework.

In the example below, the code intends to display the message Hello by locating the relevant element using the Id locator and performing the steps for the main activity.

Detox is a JavaScript mobile testing framework that is built into the application in order to allow test execution to begin when the app is launched.

It denotes that the program should wait for the method, locate the welcome screen, display the message and then display the detox screen.

Calabash is a cross-platform automation framework for Android, iOS native and hybrid applications. It has an easy-to-understand syntax that allows individuals without technical expertise to create and execute automated acceptance tests for apps on Android and iOS.

These tests are described in Cucumber similar to the Gherkin language. They are then converted to Robotium or Frank in the run time environment – a process that enables simple understanding.

Note: After delivering support for the final releases of iOS 11 and Android 8 operating systems, Microsoft will discontinue its contributions to developing Calabash.

The code below resembles the Cucumber Gherkin language text used by Calabash. It instructs the system to login using the username and password and then view the menu compose tweet.

UI Automator enables UI testing of Android applications and games. With Google’s test framework, users can test the user interface (UI) of native Android apps on more than one device.

It executes JUnit test cases with special privileges and also offers different classes for developers to use, including:

The significance of the above classes according to the official docs are:

Like any other software test, UI tests are best executed on real browsers, devices and operating systems. Testing in real user conditions allows the tester to see exactly how the website or app will behave when being used by actual customers. If testers do not have access to an in-house device lab, they can simply use a real device cloud to run the tests.

BrowserStack offers 3000+ real browsers and devices for manual and automation testing. QAs can test Android apps on thousands of real mobile devices, both latest and legacy. They can integrate seamlessly with the BrowserStack cloud via numerous testing frameworks – Appium, Espresso, XCUITest, or EarlGrey.

Simply sign up for free, select the device-operating combination required and start testing. The entire process is built to provide convenience, efficiency, speed, and accuracy to testers and developers alike. With a wide range of integrations and debugging tools, BrowserStack is built to not just identify bugs, but resolve them at the quickest. 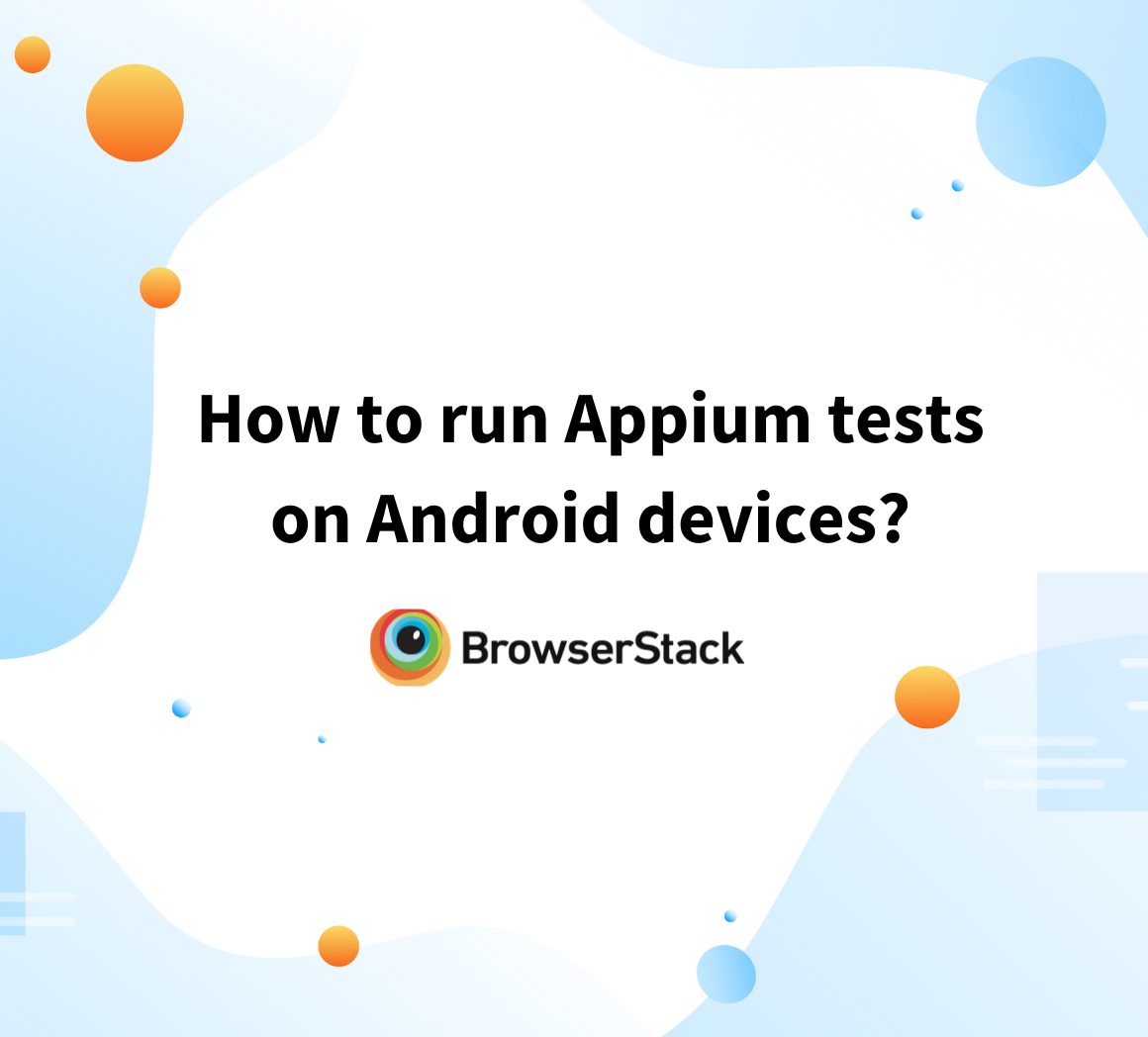 How to improve DevOps Feedback Loop