Get Started free
Home Guide What is Automated UI testing?

What is Automated UI testing?

Before getting started with UI automation testing, let’s discuss the fundamentals of the User Interface (UI).

A User Interface (also referred to as Graphical User Interface) is the most critical component of any mobile or web application. After all, interacting with the UI is how users access the core functionalities of any application.

The process of testing the UI of an application to verify its functionality is known as UI testing. It covers everything right from verifying the smallest bit of logic, UI workflows, navigation, transitions, calculations, validating all the buttons, etc.

Conventionally, QA teams performed these tests manually. However, the advent of the Agile methodology has encouraged teams to adopt automation for their test cycles in order to release faster.

The emergence of Agile development models along with automation frameworks has encouraged teams to replace their conventional testing practices. Automated UI testing is now considered mandatory in software testing pipelines across the globe.

This article delves into the basics of automated UI testing. It also highlights the challenges of UI automation and how teams must find the right balance between manual and automated testing.

So let’s begin by addressing a fundamental question.

What is Automated UI Testing?

Automating UI tests helps minimize the time and human effort required to test an application’s UI. Instead of having a tester validate every single aspect of the UI, test scripts are created for corresponding user scenarios. These test scripts can be later reused in case of code modifications or addition of new features.

At a high level, automating UI tests allows teams to:

The Global quality report reveals that more than 60% of organizations are now able to detect bugs faster due to increased test coverage using test automation. Additionally, 57 % of respondents observed an increase in the reuse of test cases by applying automation.

However, bear in mind that, although test automation has become mainstream in the agile world, manual testing carries its own importance. Refer to this detailed guide on manual testing to understand why it can’t be avoided altogether.

It is extremely important for teams to find the right balance between manual and automated testing. This is because every project is unique, and one needs to evaluate several aspects like economic feasibility, time constraints, and type of tests to be performed. Here’s where teams need to make informed decisions which can be challenging at times. This brings us to an important subject regarding the challenges in automated UI testing.

Every QA team faces certain challenges during test automation. Needless to say, these challenges can adversely affect the test process and may hinder the overall project delivery timelines.

Listed below are some of the common challenges faced by teams during test automation.

There are numerous tools available on the internet (both paid and open-source). Every tool is designed uniquely to address specific issues. Needless to say, each tool has its compatibility criteria and required QAs to have expertise in a particular language. Given this, it becomes very difficult to evaluate the ideal tool that meets all business and technical requirements.

2. Diversity in the test environment

The web is highly fragmented and the diversity in the combination of devices and operating systems used to access an application continues to increase. Testing and optimizing UI for all platforms in such a fragmented environment is extremely difficult. Comprehensive testing requires an extensive test infrastructure. This means teams need to set up on-premise device labs that demand huge investments. This drives us to the next challenge.

Making enormous investments to set up on-premise device labs may not be feasible for small or medium-scale organizations. Although the expenses incurred to set up the required test infrastructure pays off in the long term, the cost of incorporating automation in the early stages is considerably high.

Test automation is a technically complex task and requires individuals to be proficient with specific programming languages and frameworks. Without the required skill sets, teams won’t achieve the desired level of test automation.

Using BrowserStack to Address the Challenges

An ideal solution for teams to address the above challenges is to opt for a cloud-based testing platform like BrowserStack for automated UI testing. Its Cloud Selenium Grid allows developers and QAs to run concurrent Selenium tests on real mobile and desktop browsers. With the recent addition of Cypress on BrowserStack’s cloud, teams can also run automated Cypress tests for their application’s interface across browsers.

Additionally, one can also leverage its real device cloud (consisting of 2000+ real devices and browsers) to run automated UI tests for mobile apps on real Android and iOS devices. To do so, one can easily integrate with app automation frameworks like Appium, XCUITest, Espresso, etc. Testing on real devices allows QAs to test the UI of an application in real user conditions.

As the infrastructure is completely cloud-based, developers or QAs do not need to worry about the purchase or maintenance of any on-premise device labs. They simply need to sign up for free, choose the required devices and get started with testing.

Although configuring and setting up automated UI tests may be time and effort-intensive in the initial phase, it proves to be cost-effective in the long run. Additionally, it empowers teams to speed up their test cycles to achieve maximum test coverage and release faster – thus maintaining a competitive advantage in a dog-eat-dog digital market. 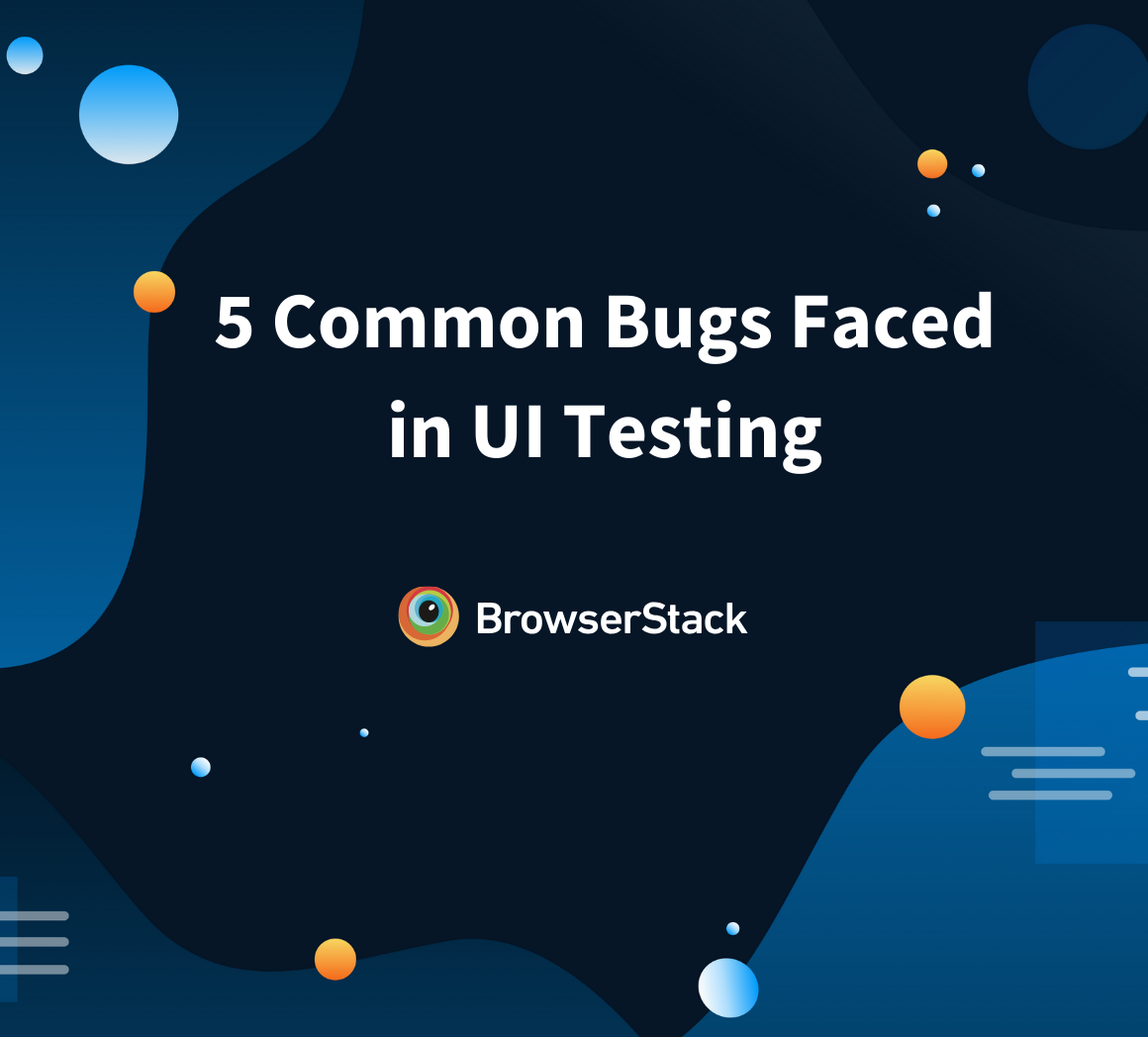 Overcome UI testing challenges with recommended UI testing tools and techniques that are used to acc... Listeners in Selenium : Basics and Types of Listeners

Listeners in Selenium can “listen” to certain events while testing websites. Learn how it can be...