Before studying the difference between mobile and web app testing, let’s explore why a comparison is required in the first place.

Conventionally, software testing was all about testing websites or web-applications for desktops. At that point, mobile devices were not too powerful and were mainly used for basic communication. This also meant that businesses earlier had to test and optimize their web-applications only for desktop browsers.

However, the evolution of mobile phones in the last decade has drastically changed the digital landscape. A testament to this is the fact that there are 3.8 billion smartphone users worldwide currently. However, the constant proliferation of mobile devices with diverse configurations required mobile apps to be tested across multiple mobile devices. In order to deliver optimal user experiences across various mobile devices (the number of which keep increasing), teams had no choice but to optimize their apps across all popular mobile devices.

Additionally, developers also had to optimize their apps for the latest and legacy versions of Android and iOS. Consequently, the fragmentation issue in the mobile ecosystem led to high demand for mobile testing.

To meet this demand, businesses began to incorporate mobile app testing along with web app testing as a part of their overall testing strategy.

Bear in mind that web-app testing continues to be critical, given 41% of web traffic still comes through desktop platforms.

The Difference Between Web and Mobile Applications

Web applications are software applications that reside on web servers and are accessed using a web browser. These applications are developed using popular technologies like HTML, CSS, JavaScript, and are utilized through multiple browsers like Chrome, Safari, Firefox, etc.

Mobile applications, as the name suggests, are specifically designed for operating on mobile devices. At a high level, mobile apps can be categorized into three types:

Similar to native apps, these applications are downloadable and have access to mobile features like camera, GPS, contact list, etc. Unlike native apps development, they are far easier to develop as one can maintain a unified code base for both Android and iOS.

Now, let’s return to the crux of the article.

From the explanation above, it’s quite prominent that web-apps and mobile apps differ significantly in terms of how they are built. Moreover, users’ way of interacting with them also differs as mobile users use gestures like scrolling and pinch to zoom on their touch screen mobiles. Naturally, the methods to test both are bound to differ as well.

Although the testing tools and techniques used for both differ significantly, there are certain tests that are common for both:

In order to do this, it’s critical for teams to choose the right set of tools that lets them achieve faster, more efficient, and the maximum possible test coverage.

Web app testing aims at rolling out applications that deliver a seamless user experience across multiple browsers. It also aims at ensuring that web-applications continue to perform perfectly when accessed from different platforms.

Although there are several commercial tools available, Selenium has been the most preferred tool suite among the QA community for years. It allows QAs to automate website UI tests across popular web browsers like Chrome, Safari, Firefox, etc. QAs can also run parallel tests across desired environments using a Selenium Grid.

Additionally, QAs can also simulate keyboard and mouse inputs using Selenium to replicate end-user actions. Want to learn how you can execute these actions in Selenium?

A key reason why Selenium has gained popularity is that it provides compatibility with several programming languages. This makes it very convenient for the testers to design test cases.

As mentioned earlier, the mobile app ecosystem is complex as there are different categories of apps. Before testing mobile apps, testers need to identify whether the app to be tested is the native, hybrid, or mobile web.

Listed below are a few popular tools that can be used for running automated tests for native, hybrid, and mobile web apps.

Based on Selenium, Appium is the most preferred open-source tool when it comes to testing hybrid, native and mobile web apps. Using this tool one can automate test scenarios for both Android and iOS apps on real mobiles, emulators, or simulators. QAs need to create separate test scripts for Android and iOS. Appium also allows QAs to choose the programming language to work with.

Developed by Google, Espresso is a native open-source framework designed specifically for automated UI testing of Android applications. Espresso is a part of the Android SDK and is used for native mobile app development. Intuitive API and automatic synchronization are a couple of key benefits this framework offers. Espresso tests can be written in Java and Kotlin.

XCUITest is a UI testing framework that is bundled along with the XCode IDE. It allows testers to automate UI tests for native iOS apps. XCUITests can only be written in Objective-C or Swift. This framework executes iOS tests much faster and is more known for its reliability.

The Role of Real Devices in Testing Mobile and Web Applications

The sole purpose of test automation is to gain faster and accurate feedback to develop bug-free applications. This can only be achieved by running test automation scripts on real devices. Testing in real user conditions will help yield results similar to those in the real world.

Testing on real devices requires an on-premise device lab. However, this requires enormous investment, and it is naturally not feasible for small organizations. To overcome this challenge, opt for a cloud-based testing infrastructure like BrowserStack.

BrowserStack’s real device cloud provides teams with 2000+ real devices and browsers for comprehensive manual and automated testing of mobile and web applications. One can test on a wide range of devices (both mobile and desktops) running on unique operating systems like Android, iOS, Windows, or macOS. Users simply need to sign up and get started for free by selecting the desired device-browser-OS combination to test on.

As mentioned earlier, the digital landscape is constantly evolving towards a mobile-centric ecosystem. To maintain a competitive edge in the market, businesses need to ensure that they incorporate both mobile and web app testing strategies with equal importance. Finding the right balance between both and testing on real devices will help businesses cater to a broader audience with confidence. 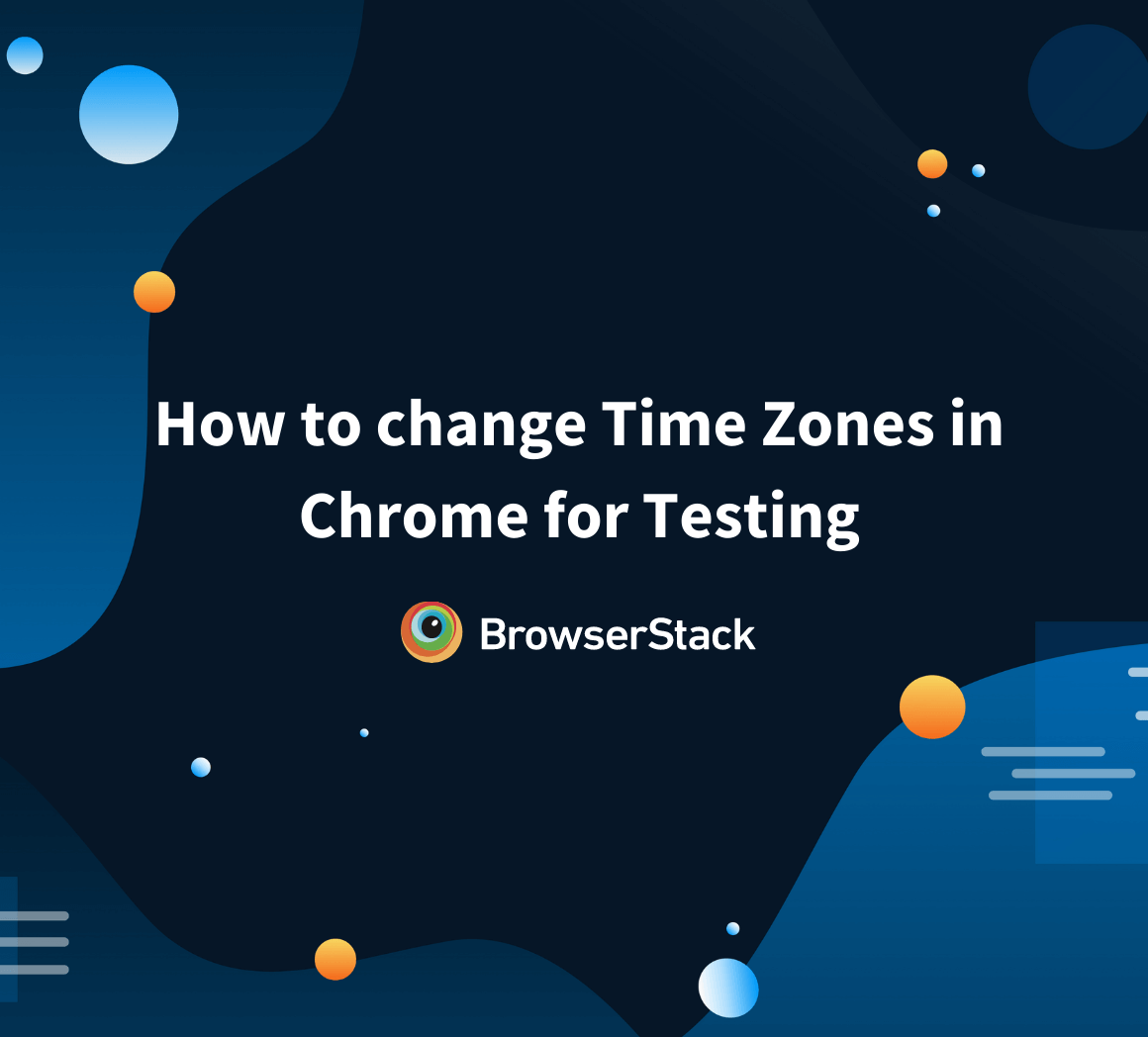 How to change Time Zones in Chrome for Testing

Learn how to change timezones in Chrome browsers for testing purposes. Test your website for locatio...