End-to-end testing tests an application entirely, verifying whether its flow from beginning to end behaves as expected or not. Unlike unit testing, which focuses on a particular unit of the entire product—such as the database, network, or file system; E2E testing tests if all these individual units work well when they are integrated.

E2E testing is significant because it exercises the application in the closest possible way to a real end-user experience.

Protractor is a Node application written on top of Selenium’s WebDriverJS. You can understand it as a wrapper around WebDriverJS, which provides some additional features to test Angular applications.

The components of Protractor end to end test architecture are as follows:

How to Install Protractor

As soon as the installation finishes, use the following command to verify Protractor’s version:

The above installation command installs two executables, i.e., Protractor and webdriver-manager, an executable for starting the Selenium Server instance.

To write the first Protractor test case, let’s start with the spec file. Open a text editor, create a new file, and enter the following code snippet on it:

Save the file name myFirstTestSpec.js.

Words describe and it belong to Jasmine’s syntax, where describe contains the whole flow of your test, while it contains a specific step or scenario. You can set ignoreSynchronization to true when the website under test isn’t an Angular application but a regular website and false when the website under test is an angular application by using the browser global to hit the target URL and retrieve the value of its title. Finally, the assertion here verifies whether the obtained page title is equal to the expected one.

Again, create a blank text file using any text editor. Then, enter the following code snippet in it.

Save the file, naming it conf.js.

Here, the first option is framework, with the value jasmine. Jasmine, as discussed above, is a popular testing framework for JavaScript. The capabilities section, defines the browser name, which is Chrome here. The specs section indicates the path to the spec file.

Running a Protractor test just requires executing a single command. But prior to that, the local Selenium server must be set. This can be done by running the following command:

This will download all the necessary binaries needed to start the Selenium server. The next step simply starts the instance:

As the Selenium Server is running at port 4444, the following message is seen

Now that Selenium Server is running, the system is ready to run the test. Open a new terminal window and enter the following command:

If everything goes well, a Chrome window will open, with the example.com website opened. In the terminal, the output can be seen as

As seen above, the output message reads 1 spec, 0 failures. This indicates that the code had 1 it block, which was executed with 0 failures.

With Protractor, it is also possible to drive the browser directly, without executing the Selenium server explicitly. For doing that, change the configuration file and add the following command to it:

This allows executing the tests directly, without having to start the Selenium server at port 4444.

Nightwatch is built in Node.js and allows you to write tests even if you don’t have any experience with it. Nightwatch.js enables you to write end-to-end tests in Node.js quickly and effortlessly that run against a Selenium/WebDriver server”.

How to Install Nightwatch

For running Nightwatch, you need a local standalone Selenium server, as well as WebDriver, to use Chrome/Firefox for end to end testing Angular applications locally.

The components of Protractor end to end test architecture are as follows:

To configure Nightwatch use the following steps:

Adding Nightwatch to the project by running the below command

This command places the Nightwatch executable in the ./node_modules/.bin folder so that there is no need to install it globally.

Selenium is an open-source project for a range of tools and libraries aimed at supporting web browser automation. The prerequisite for Selenium is to have JDK 7 or higher installed. The Selenium Server is a Java application that Nightwatch uses to connect with various browsers.

Download the Selenium JAR. After that, create a bin folder inside the project and place the JAR file in the bin folder.

Download the ChromeDriver place it in the same bin folder created in the previous step. It is a standalone server, implementing the W3C WebDriver wire protocol for Chromium.

The basic Nightwatch configuration is done through a JSON configuration file. To create a nightwatch.json file, enter the below code snippet in a text file

Compared to other frameworks, testing on Nightwatch is a little different because here, the features are called by chaining them, similar to how js async calls with CSS and XPath selectors.

In NightwatchJS, every file in the tests folder is a suite in itself that must use the node module.exports. However, it can have any number of steps or validations in the form of functions, as shown below:

Run the angular e2e tests in Nightwatch using this command:

If everything goes well, the test will open up Chrome browser, then Google and Wikipedia.

Nightwatch offers an interesting feature: Interactions, which allows you to click, press keys, set values, check if it displays correct data, and the main elements are loading well. Below is a sample case that demonstrates how you can use Interactions for some of your uses cases.

Hooks are another feature of Nightwatch that can make the whole process smoother. These can be used for basic activities like logging, sending messages, and even some asynchronous tasks. Below is a sample of how you can use Hooks:

Protractor vs Nightwatch: Which one is better?

Choosing between Nightwatch vs Protractor can be a tough choice to make. If the purpose is to carry out full E2E testing, which opens a browser and executes DOM manipulation, then using Protractor can be beneficial, especially for angular apps. However, as Protractor announced on GitHub that the Angular team would stop its development by the end of 2022 in conjunction with Angular v15, users need to migrate from Protractor, considering the long-term consequences.

Since Protractor will not have any further updates, it means that there will not be any community support by the Angular team pertaining to any bugs or feature requests. By continuing to use Protractor, users may end up with disruptions in their automation scripts. However, the Protractor team has defined a timeline that gives users enough time to look into alternatives and migrate their tests accordingly. This is why considering the long-term prospects, using Nightwatch instead of Protractor for an end to end testing is a better choice.

On the other hand, in Nightwatch, asserts are done automatically, and Nightwatch cleans the console output. It also automatically generates a test report and saves it to a reports directory. Moreover, Nightwatch can seamlessly work with cloud-based testing platforms and CI tools, making it a good choice for an end to end testing for DevOps projects.

However, one must understand the development technique and testing criteria involved before selecting a framework. This makes it easier to choose the best framework that suits our requirements.

No matter which framework you choose, it is important to perform tests on real devices and browsers over emulators and simulators for accurate results. Using BrowserStack Real Device Cloud, you can access 3000+ browser-device combinations offering a wide coverage, allowing you to test end to end under real user conditions.

Thanks a lot for your feedback!
Tags
Automation Testing DevOps Website Testing 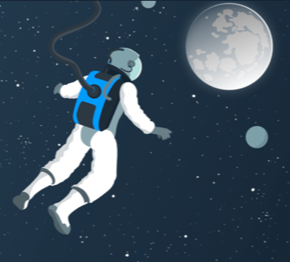