The addition of new features to existing products has helped companies drive engagement on their applications. For example, Tesla plans to add Netflix and YouTube streaming capabilities in their cars soon.

Adding advanced features to applications comes with a set of challenges for organizations looking to deliver better software in record time. Automating processes has, naturally, become indispensable to meeting their goals.

Automation Testing is critical in making software deployment faster and bug-free. Achieving this is much easier with Selenium Grid 4 – the latest version of Selenium Grid with more advanced features.

This article runs users through a beginners’ Selenium Grid 4 tutorial.

What is Selenium Grid 4?

Selenium Grid is a smart proxy server that makes it easy to run tests in parallel on multiple machines and manages different browser versions and browser configurations centrally (instead of separately, in individual tests).

Selenium Grid 4 is a fresh implementation and does not share the codebase of the previous version. Grid 4 takes advantage of new technologies in order to facilitate scaling up, while still allowing local execution.

Note: Before going further with this article, have a look at this Selenium 4 article for a better understanding of its latest features adapted.

Grid 4 offers Docker support. The Docker integration does not use Unix domain sockets, so users need to make sure that the daemon is listening on port 2375.

When compared to Selenium Grid 3, this version is easier to use on virtual machines. Let’s first understand how to Download Selenium Grid 4. The latest version of Selenium 4 (Alpha) is 4.0.0-alpha-7 and the same can be downloaded from the official Selenium website. This article will demonstrate Selenium Grid 4’s functioning by using Selenium Grid version 4.0.0-alpha, as it is more stable than the other versions.

So download the selenium grid through this link and save it in the same folder where the webdriver is present.

Selenium Grid 4 can be set up in the following modes:

The new Selenium Server Jar contains all the functionalities needed to run a grid. By default, the server will be listening on http://localhost:4444 port – the URL to point RemoteWebDriver tests. The server will detect available drivers that it can use from the System PATH.

Start the hub using the below command:

Node registration can be done using the command below:

Users can start Grid 4 in a fully distributed manner, with each conceptual piece in its own process. First, start the session map responsible for mapping session IDs to the node the session is running on.

Now start the system with a router to expose it to the Web:

This router will be listening to new session requests on

Now, this is all set up, use this command:

and it should get confirmed.

The docker integration doesn’t make use of UNIX domain sockets. So first, ensure the docker daemon is listening on port 2375 using the command below on the console:

Note: If docker daemon is not listening to port 2375, then follow the below steps:

Once that’s done, it’s easy to start the selenium server and have it delegate to docker for creating new instances:

Or just start a node:

The next steps from here remain the same with setting up the Grid. You can refer to the Selenium Grid Tutorial for the next steps.

What’s the difference – Grid 3 vs Grid 4

Whereas, Selenium Grid 4 can be set up using the above-mentioned methods as it is diversified and comes up with additional features. The entire grid setup has been written from scratch with all modern tools and frameworks to support fully distributed testing and comes with extensive Docker support.

And that is how users can get started with Selenium Grid 4, in order to leverage its many advantages.

Teams can leverage cloud-based platforms like BrowserStack that offer a Cloud Selenium Grid of 2000+ real browsers and devices. It empowers teams to run concurrent Selenium tests on desired device-browser combinations online. This makes it convenient for QA engineers to perform comprehensive cross-browser and device testing across platforms. One can also integrate their test pipelines with CI/CD tools like Jenkins, Travis, Circle CI, etc.

Selenium automation seeks to reduce manual testing efforts, increase execution speed, and identify the maximum number of bugs at the earliest. However, in order to get the most out of their Selenium scripts, QAs must follow Selenium best practices. This will also help in establishing a reliable test cycle. 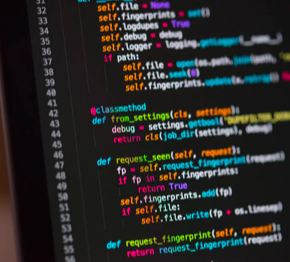 Selenium Grid Tutorial : How to Set It Up Ever wondered how Selenium Grid on Cloud can eliminate your infrastructure and maintenance overheads... In this tutorial for cross-browser testing using Playwright, we'll go step-by-step to set up Playwri...

Selenium Grid Tutorial : How to Set It Up