Let’s begin with the most fundamental question.

Why compare Cypress and Selenium?

Cypress and Selenium are test automation tools used for functional testing of web applications by automating browser actions. Selenium has been a widely-used tool for years, whereas Cypress is a recently introduced tool in the test community.

In spite of Cypress being recently introduced, it has gained significant traction. With such significant growth in the adoption of Cypress, it’s natural for testers to compare the two before choosing the ideal tool for test automation.

An easy way to answer these questions is to evaluate the advantages and limitations of each tool.

Cypress is a purely JavaScript-based front-end testing tool built for the modern web. It aims to address the pain points developers or QA engineers face while testing an application. Cypress is a more developer-friendly tool that uses a unique DOM manipulation technique and operates directly in the browser. Cypress also provides a unique interactive test runner in which it executes all commands.

The official documentation states that Cypress differs fundamentally and architecturally as compared to Selenium.

The architectural improvements in Cypress empower testers with the ability to perform Test-Driven Development (TDD) with complete end to end testing. Cypress is developed with the intent to make development and testing a parallel process. As mentioned earlier, Selenium is a popular test automation tool that automates web-browsers. This open-source tool has been a leading choice for testers for over a decade now.

It allows QAs to automate test cases for the desired browser by using the Selenium WebDriver library along with a language-specific framework. Download the browser-specific driver before getting started with browser automation.

Developers and QAs also have the flexibility to choose the programming language of their choice. Selenium developers have developed language bindings for multiple languages like Ruby, Python, Java, etc.

Refer to this detailed explanation of Selenium WebDriver’s architecture for a better understanding of this operation.

Get started with Selenium Testing

People also read: How to Build and Execute Selenium Projects

Selenium vs Cypress: When to use which for Test Automation

Although Selenium and Cypress are both designed to automate browsers for testing purposes, they differ considerably in terms of architecture and performance. A key difference is that Cypress as a tool is ideal for introducing developers to test automation rather than just a replacement for Selenium. This is why Cypress is among the fastest-growing automation tools in the world. On the other hand, Selenium is a more general-purpose tool targeted at a broader audience.

Cypress is preferred over Selenium when one need:

Read More: How to handle Errors in Cypress

Selenium is preferred over Cypress when one need:

Needless to say, prior to choosing an automation tool, one must weigh the pros and cons of every option. This will help evaluate which tool works best to serve the team and organization in the long term. No matter which test automation framework you choose for your web application, it is essential to test the web application on real devices and browsers for more accurate result.

Running your Cypress or Selenium tests on BrowserStack’s Real Device Cloud helps you get access to 3000+ real device and browser combinations for a wider test coverage. It allows you to test under real user conditions, which will help identify the bottlenecks in the real user experience and rectify them. BrowserStack’s Cloud Selenium Grid allows you to run cross browser tests on different browsers and devices simultaneously by leveraging parallel testing for faster testing with a vast coverage.

Test on Real Devices and Browsers 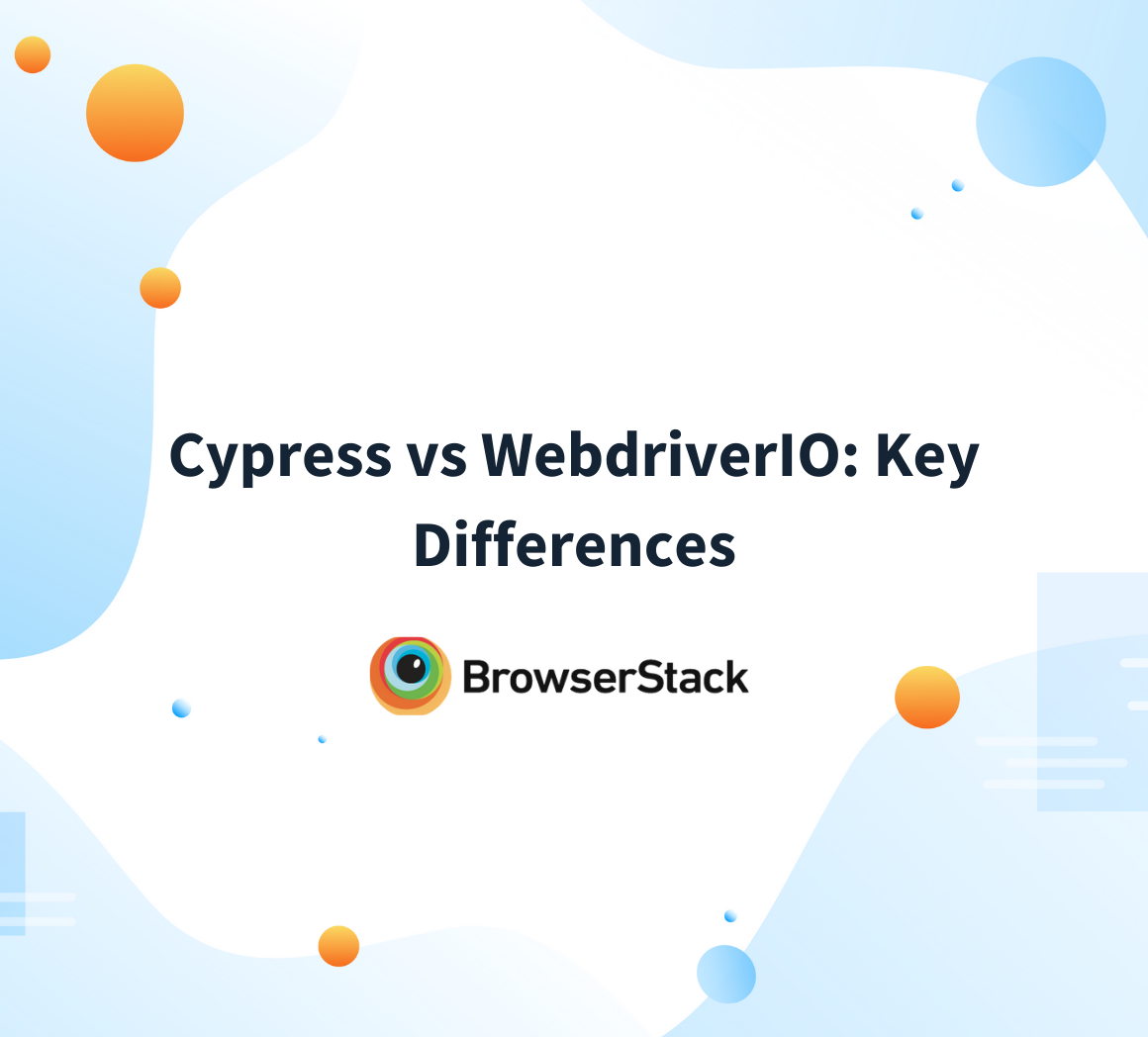 What are the main differences between Cypress and WebDriverIO? Which among them is the best tool for... Despite having all the qualities of a test automation tool, many Selenium alternatives have emerged ... Playwright vs Selenium: Which to choose?

Check out the Playwright vs Selenium comparison which are two popular frameworks and compare which o...