Get Started free
Home Guide What is Continuous Testing in DevOps

Let’s begin with the most fundamental question.

What is Continuous Testing in DevOps?

As the term suggests, Continuous Testing refers to the execution of automated tests that are carried out at regular intervals every time code changes are made. These tests are conducted as a part of the software delivery pipeline to drive faster feedback on recent changes pushed to the code repository.

Continuous Testing was introduced initially with the intention of reducing the time taken to provide feedback to developers. It attempts to address the following question –

How fast can we identify that there’s a problem, inform the development team, and get it fixed?

The primary goal here is to test more often, particularly at an individual level in the early stages of development, and then testing the unified codebase as a whole.

How does Continuous Testing play a vital role in DevOps?

It’s evident that every software application is built uniquely, and it needs to be updated regularly to meet end-user requirements. Earlier, as the development and deployment process was rigid, changing and deploying features required a considerable amount of time. This is because projects earlier had definite timelines for development and QA phases, and the codebase was transferred between teams.

However, with the Agile approach becoming mainstream, making changes even in real-time has become more convenient, primarily due to Continuous Testing and the CI/CD pipeline. This is because the code is continually moving from Development -> Testing -> Deployment Stages.

For example, a QA engineer verifies the status of the automated unit tests running on the Jenkins server. If the tests run successfully, the build is further passed on to QA servers for exhaustive load and functional testing. In the case of test failure, the build is rejected, and the developer is notified.

With an Agile mindset being at the core, Continuous Testing in DevOps helps teams to explore critical bugs in the initial stages itself. This ensures that the risk of critical bugs is mitigated beforehand, saving the cost of bug fixing in later stages.

Continuous Testing encourages automating tests wherever possible throughout the development cycle. Doing so ensures that teams evaluate the code validity and overall quality of the software at each stage. These insights can help organizations identify whether the software is ready to go through the delivery pipeline.

What are the benefits of Continuous Testing in DevOps?

Listed below are some key benefits of incorporating Continuous Testing:

What to Consider Before Adopting Continuous Testing?

There are a few points which developers and QAs need to be mindful of when initiating Continuous Testing into the development process.

Continuous Testing is an unavoidable part of DevOps. Every organization operates differently and have their own ways of executing Agile practices. An efficient way to integrate Continuous Testing is to have an all in one environment that provides teams with the flexibility to choose the desired programming languages, frameworks, and tools for testing.

BrowserStack allows developers and QAs to choose from a range of programming languages, platforms, devices, tools, and automation frameworks required for comprehensive manual and automated testing. Check out the complete list of Integrations that will benefit developers and QAs with their activities.

To deliver a reliable software application, having an efficient test strategy is absolutely imperative. Continuous Testing plays a vital role in the CI/CD pipeline as it helps to accelerate test results and facilitate faster delivery of robust, user-friendly software. 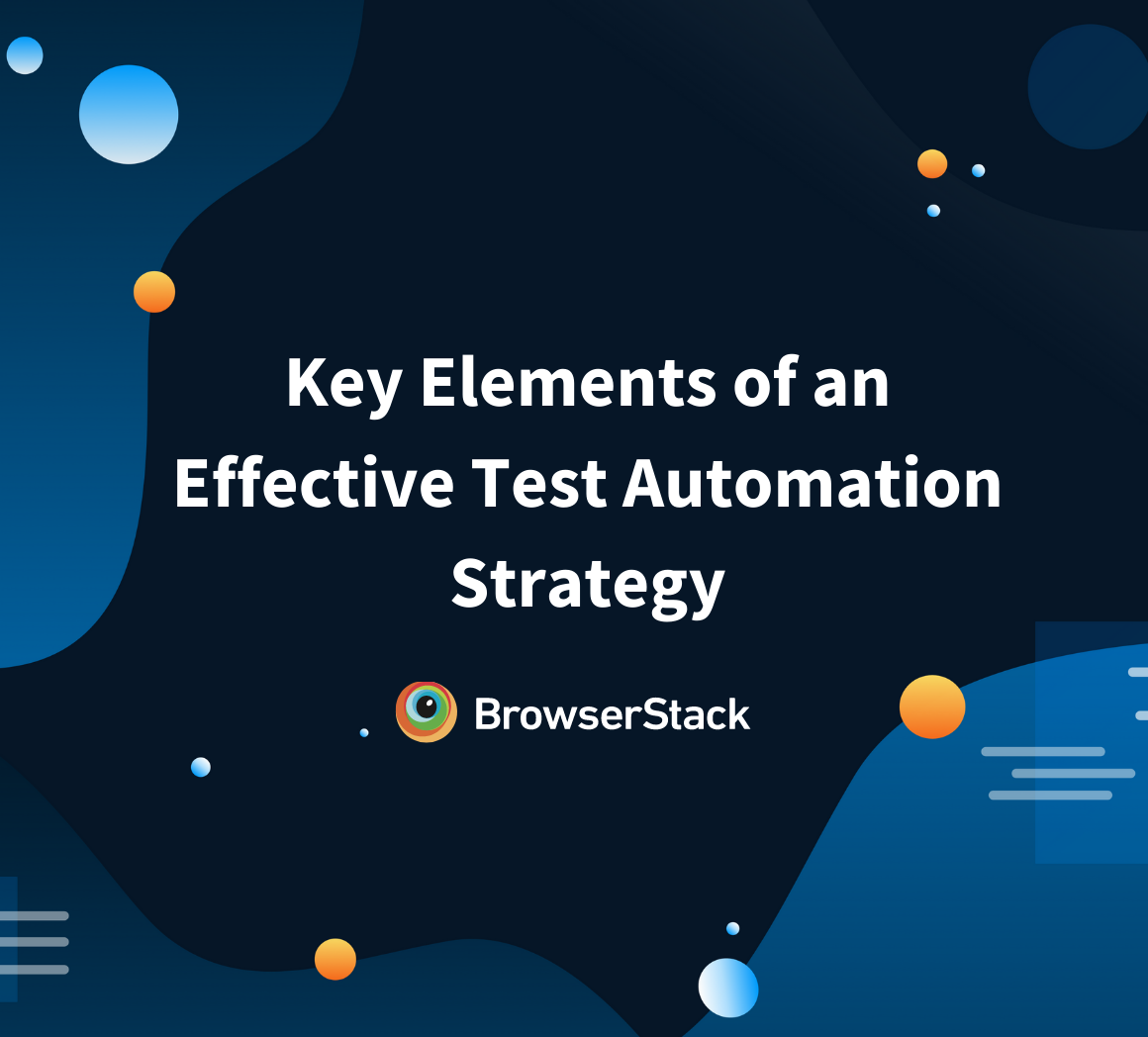 Study the key elements of a test automation strategy required to configure tests that provide accura...