Continuous Integration / Continuous Deployment (CI/CD) is the most widely adopted way of delivering software applications. There are fundamental differences between World Wide Web and mobile application platforms like Android and iOS. So implementing CI CD for mobile apps might involve different setups.

This guide will address the different modes a mobile application developer can adopt to achieve continuous integration, testing and deployment workflow.

Is it Possible to Build a Mobile App CI/CD Pipeline?

The idea behind implementing CI CD for mobile apps is to automate the core integration and deployment functionality. CI/CD has been perfected in the domain of web development. Trying to implement a CI/CD pipeline for mobile applications, we see one slight hiccup that has prevented the full automation of mobile application delivery.

Let’s break down the major chunks of the process:

App Stores have been the most popular and public way of distributing applications. Submitting apps to the app store has been a manual process involving manual verification steps. This is where the delivery part cannot usually be automated and requires manual intervention.

The key takeaway is that 2 out of 3 steps can easily be automated, and the last step can be standardized so that with the minimum human intervention, you can achieve full CI CD for mobile apps and streamline your testing workflow.

There is no point in automating mobile app CI CD pipeline unless there is a high-quality testing and build approval workflow built alongside. Implementing CI/CD with automated testing provides many advantages over conventional workflows. Some of them are:

Before we discuss tools and techniques to achieve such a setup, let us briefly cover some crucial parameters on which the choices depend.

The first and the most critical would be the programming language/paradigm adopted by the development team.

Building mobile applications is a task that requires platform-specific programming experience and a deep knowledge of the existing ecosystem. Some common trends can help us categorize and analyse Android and iOS-based mobile applications:

The output of each method is slightly different, so deploying the application requires a different approach for each.

Based on the techniques used to develop mobile applications, there could be several different approaches to distributing the app.

A test strategy can be implemented depending on how the development team builds the application. The tools and setups will differ for or different scenarios.

Here are the most popular ways of testing both Android and iOS applications:

Since we have identified the common parameters in the development, testing, and deployment of Android and iOS applications, let us now look at some popular tools and how they can be combined to get a functional CI/CD with testing setup.

This setup works for both – while implementing CI CD for Android and CI CD for iOS.

Appium is a popular test automation framework that is open source and supported by all the major development platforms. Combining with BrowserStack App Automate lets you integrate your test results on the dashboard which has capabilities for collaboration and in-depth analysis of the test runs.

You can monitor test results from the App Automate dashboard, programmatically access them using our API, integrate with a CI platform, and migrate reports over there. After your testing workflow is setup, you can integrate with your build cycle using one of the following CI/CD tools:

Another powerful way of implementing CI/CD pipeline with testing for mobile application development is to use the GitHub Actions feature. It is a relatively new functionality that allows Trigger processes on a cloud server based on events in your Git repository.

To get started with GitHub actions, you don’t need to spend money as it provides a free version, which comes with a set of cloud resources.

To implement CI/CD for Android and iOS apps using Github Actions and BrowserStack App Automate, you will need to:

This is a relatively new product. In the last decade, we have seen the evolution of GitHub, which started as a repository management platform and has now become a hub for developer collaboration and is also bringing in new advanced features like AI based code completion with GitHub Copilot and seamless integration with Github Actions.

Microsoft Visual Studio App center is a platform that lets you implement CI CD for mobile apps on Android and iOS both. It is different from the previous examples in that it is a 3rd party platform you can use to integrate with your source code. Once integrated, you can trigger build, tests, and deployments from the dashboard.

To get started, you need to:

Although it only applies to apps developed for the Apple ecosystem, it is still interesting to see that Apple is developing native functionality for implementing CI CD for iOS.

Xcode Cloud is a subscription-based service that integrates with the Xcode development environment and has a built-in feature called App store connect, a web dashboard for monitoring and managing build, test, release, and deployment cycles.

One reason this is interesting is to see how this will affects the mobile app development industry going forward. 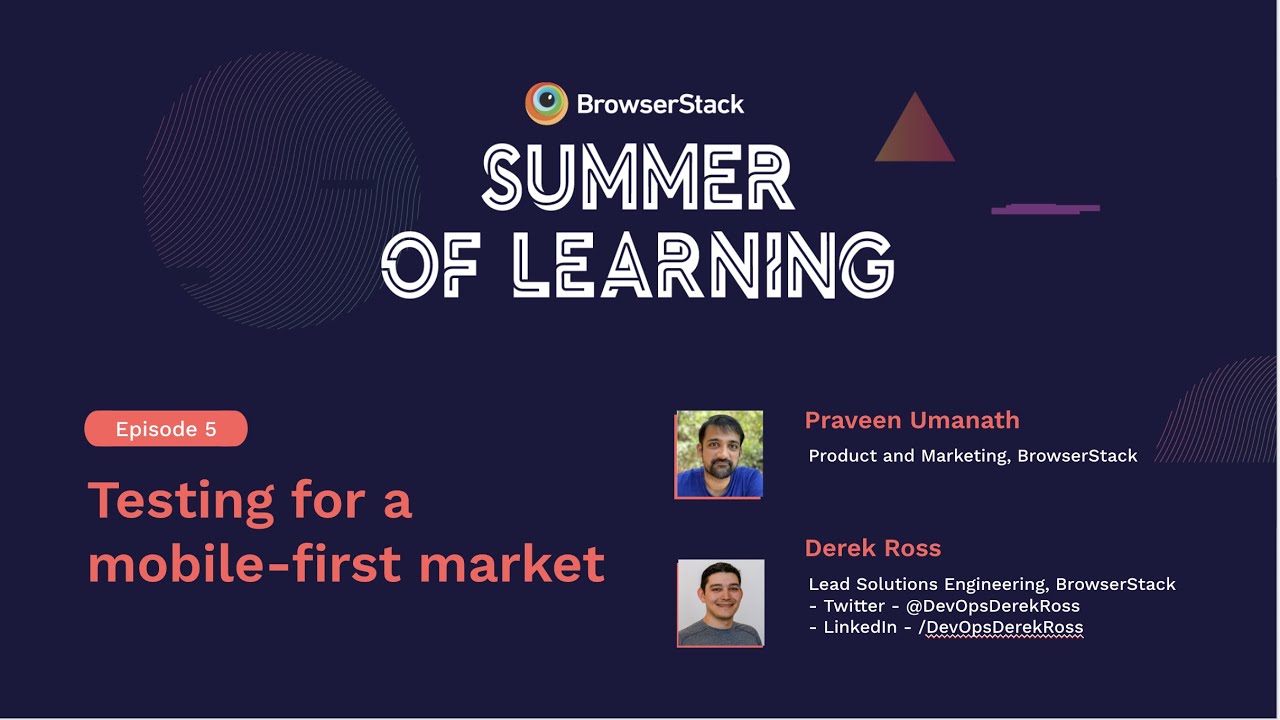 The entire guide article draws out detailed fundamentals and tools that can be used to create a simple automated CI/CD integration for mobile app testing using BrowserStack App Automate.

CI/CD integration with Mobile App Testing not only becomes possible but it evolves to be highly accurate when you test your native and hybrid apps on 3000+ real iOS and Android devices.

Trust your CI/CD pipeline to run securely on tamper-proof physical mobile devices, wiped clean of data after every testing session.

Step by step tutorial on how to run parallel tests in CircleCI. Code samples included. Get faster, 1...