Test automation has gone from being an elitist option deployed by isolated teams with exceptional skills to an industry buzzword. Every software development team takes automation into serious consideration. In fact, in most cases, test automation isn’t a negotiable option.

Achieving the above is not possible with manual effort alone. It is also far more effective to incorporate automation into the development pipeline rather than hire more testers to achieve more test coverage. Test automation also offers the kind of accuracy humans really cannot, simply because machines do not get exhausted or overlook tiny errors.

This article will outline the key elements of a test automation strategy, allowing both new and seasoned automation engineers to configure tests for the most numerous and accurate results in narrow timelines.

It is impossible to automate every software test since no software can hit the internet with human oversight and approval. Every test automation project should commence with defining the project goals and decide which tests should be automated. This process is often termed an Automation Feasibility Analysis.

Tests prime for automation would have to run frequently and replicate monotonous, time-intensive tasks requiring large datasets to be processed. Below are some examples:

Once a team knows what to test, they need to plan how tests should be run, i.e., which test should be run at which point. The most effective way to structure tests is to utilize the testing pyramid. The testing pyramid also referred to as the test automation pyramid, lays out the types of tests to be included in an automated test suite. It also outlines the sequence and frequency of these tests. The whole point is to offer immediate feedback to ensure that code changes do not disrupt existing features. Additionally, quick results lead to faster improvements and eventually quicker time-to-market.

Generally, new testing practices must be based on the current QA approaches being unutilized in a team or organization. A seismic shift in mindset, skillset, and learnings take time, which means immediate automation practices must be extrapolated from what the team members can already do.

Analyze the current process, and determine what aspects of it can be used to deploy automation – testing levels, role, task ownership, etc.

Additionally, study and decide between BDD vs. TDD vs. ATDD before starting to design test cases.

Automation testing is entirely dependent on tools. Here’s what to consider when choosing the right tool:

Also Read: How to test your website on different screen sizes

No emulator or simulator can replicate real user conditions. The software needs to be tested on real devices so that they can work in real user conditions such as a low battery, incoming calls, weak network strength, and so on. BrowserStack’s cloud Selenium grid offers 2000+ real devices and browsers for automated testing. That means users can run tests on multiple real devices and browsers by simply signing up, logging in, and selecting the required combinations.

After determining the test approach and picking the tools, start designing test cases to be executed. At this point, if a team is new to test automation, it would be best to approach individuals with experience in automation for initial guidance. Don’t expect manual testers to be automation testers overnight without some professional handholding.

A few best practices for designing test cases are:

Now that test cases have been designed, test cases need to be run in proper succession to identify bugs and verify the performance of every feature. Start with individual test cases, and move on to regression testing after every test suite is run. Regression tests must also be run after every code change to ensure that the change has not adversely affected existing features.

When chalking out the execution plan of a test automation strategy, take care to set down day-to-day tasks and processes. Establishing a CI/CD pipeline helps in this regard. It automates the process from pushing code to version control, running it through a set of tests, integrating it, and keeping it ready for deployment. A tool like Jenkins is especially useful for this purpose.

Find out: How to implement a CI/CD Pipeline

As part of the CI/CD pipeline, several automated tests will be run, and software parameters verified every time new code is introduced. However, many tests will reflect failure and will have to be resolved.

Once the first set of tests have been run, QAs can also identify which test suites consume too much time and optimize them. Get feedback from multiple stakeholders, i.e., other QA managers, DevOps engineers, management personnel, sales representatives, to figure out how best to structure the QA process for optimal results.

Read More: How to set up QA processes from scratch

In all honesty, the first stages of setting up a test automation strategy might require a certain amount of time, effort, study, and resources. However, once set up, test automation processes prove to be solid investments that provide massive advantages in terms of competitive advantage, improved software quality and upgraded user experience. All of this makes automation well worth the investment and a necessary element in successful software development operations. 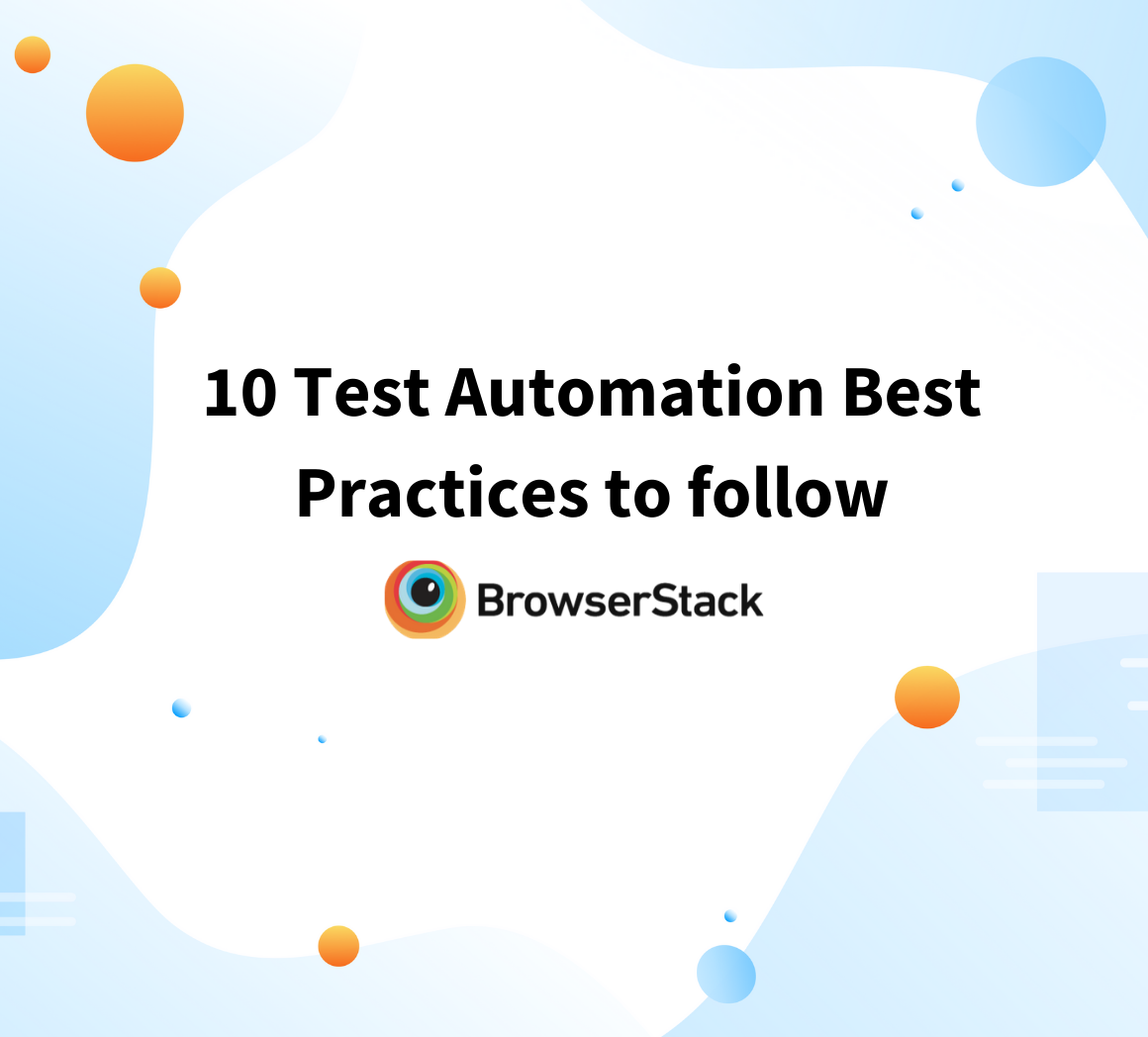 How QAs can broaden their Testing Strategy : Best Practices Why is Responsive Design and Testing Important?

Ever wondered why certain websites open differently on your mobile device vis-a-vis on other devices...

How QAs can broaden their Testing Strategy : Best Practices