With software requirements changing at lightning speed in an agile environment, more and more organizations look to inculcate more atomic development cycles for accelerating their Time To Market (TTM). A 2021 study by digital.ai has discovered that 86% of software development teams have adopted agile, up from 37%, a year ago. This shift to more agile software development methods has led to a simultaneous demand for more efficient means of software testing during the software is developed. Companies run the risk of suboptimal software delivery due to costly manual test case maintenance cycles as well as the lack of visibility these legacy processes bring to the table.

A Statista study highlights that 32% of all Software projects fail due to the simple lack of time to test the product thoroughly. Testing timelines are cut shorter, for quicker software delivery. It is mostly because the consumers have different options to explore, as a result of which, the user expectations have increased. Hence, it is important to deliver a high-quality software release with new features every few weeks for customer engagement and retention.

The heavy workload upon software testers working against the clock to perform high volumes of repetitive manual tests is a major concern. Additionally, customer dissatisfaction arising from uncaught defects during production and costly downtime resulting from suboptimally tested features are driving factors too. These reasons have cumulatively led to the increasing adoption of automation testing in the industry.

In such conditions, traditional manual testing is often seen as being unnecessarily time-consuming and prone to human errors. Thereby, it is essential to transform from manual to automation test practices for keeping up with global trends and business demands.

Before discussing the details of transitioning from manual to automation testing, let’s have a brief overview of both these methods along with some scenarios where they are optimal.

What is Manual Testing

Traditional manual testing requires testers to manually investigate defects in software by adhering to a predefined test plan comprising a number of test cases. The testers take it upon themselves to analyze the behaviour of the app and check if the functionality is synchronous with the expected behaviour.

Testers identify bugs and report them to developers who fix them after replicating the errant behaviour. This can become challenging for a test lead/manager especially when the timelines are shorter.

When to use Manual Testing

Manual testing is useful when the QA process requires cognitive and behavioural abilities beyond that of a software. It is recommended to use Manual testing in situations like:

Also, for scenarios where:

All of these test scenarios can now be expanded into a set of positive and negative test cases.

What is Automation Testing

Automation testing primarily uses frameworks to execute test cases. Each framework is unique to an extent and is powered by scripts adhering to the rules of the framework in question. These frameworks have components like:

These frameworks can be classified as

Read More: How to write Test Cases with Examples

When to use Automation Testing

Automation tests work best when we need to run a large volume of repetitive tests with differing inputs. For example, Data-Driven testing of a large number of regression tests. As in this case, the functionality has essentially remained the same, it will not require much manual oversight.

Also, when human resources are better utilized in other tasks which require greater cognitive effort, it is better to run automated tests. Parallel testing offers a great avenue to run a large volume of tests without compromising test accuracy.

Thus, to recap, we have identified a couple of important caveats before focussing on the transition from manual to automation testing:

How to switch from Manual to Automation Testing

As a quality assurance leader, once you have identified the need to automate a portion of your existing test portfolio, it is important to consider the steps required to achieve your goal. Here are a few simple guidelines to help make that decision:

Change is inevitable, however, necessary. But for change to be accepted, the stakeholders need to be convinced of the ROI arising from that change. The Return on Investment from automation can be best described in terms of:

Thus, benefits of Automation Testing can provide better ROI to the business with its high efficiency.

Read more: Manual Testing vs Automation Testing: How to optimize for testing & costs

Decide what to Automate

The key decision in any test-automation strategy is to select which test suites to automate. Some of the tests which are most suitable for automation are as follows:

Select the Right Framework(s) for the project

Test automation is often touted as a silver bullet in the world of QA. However, the journey from a manual to an automated test suite might not be smooth. It’s best to start with small goals. Automate the test suite that is most used in regression testing. Isolate any common errors, and iteratively expand the scope and complexity of the automation to increase test coverage.

Continuous Integration (CI), Continuous Deployment (CD), and Continuous Testing (CT) are all key components in Agile. While CI enables developers to merge code changes to the repository on a daily basis, CT is required to ensure that those changes work as expected.

Have a well-defined lifecycle for your automation test suite

Once the automation suite has been set up (sometimes at the cost of considerable time, effort and finances) it is vital to ensure there is a clear roadmap to implement and maintain the same. Some common pitfalls of test automation include:

It is important to make automation a core part of the STLC (Software Testing LifeCycle) to ensure its success. Also, following automation best practices ensures that the transition is seamless and the rewards are commensurate to the efforts.

Test automation has become indispensable for organizations seeking to make the most out of Agile Software Development practices and incorporate CI/CD and DevOps into their development plans. Though manual testing still retains a niche, a transition to automation can result in speedier test coverage with enhanced accuracy. Performing tests on Real Devices would help generate more accurate results. 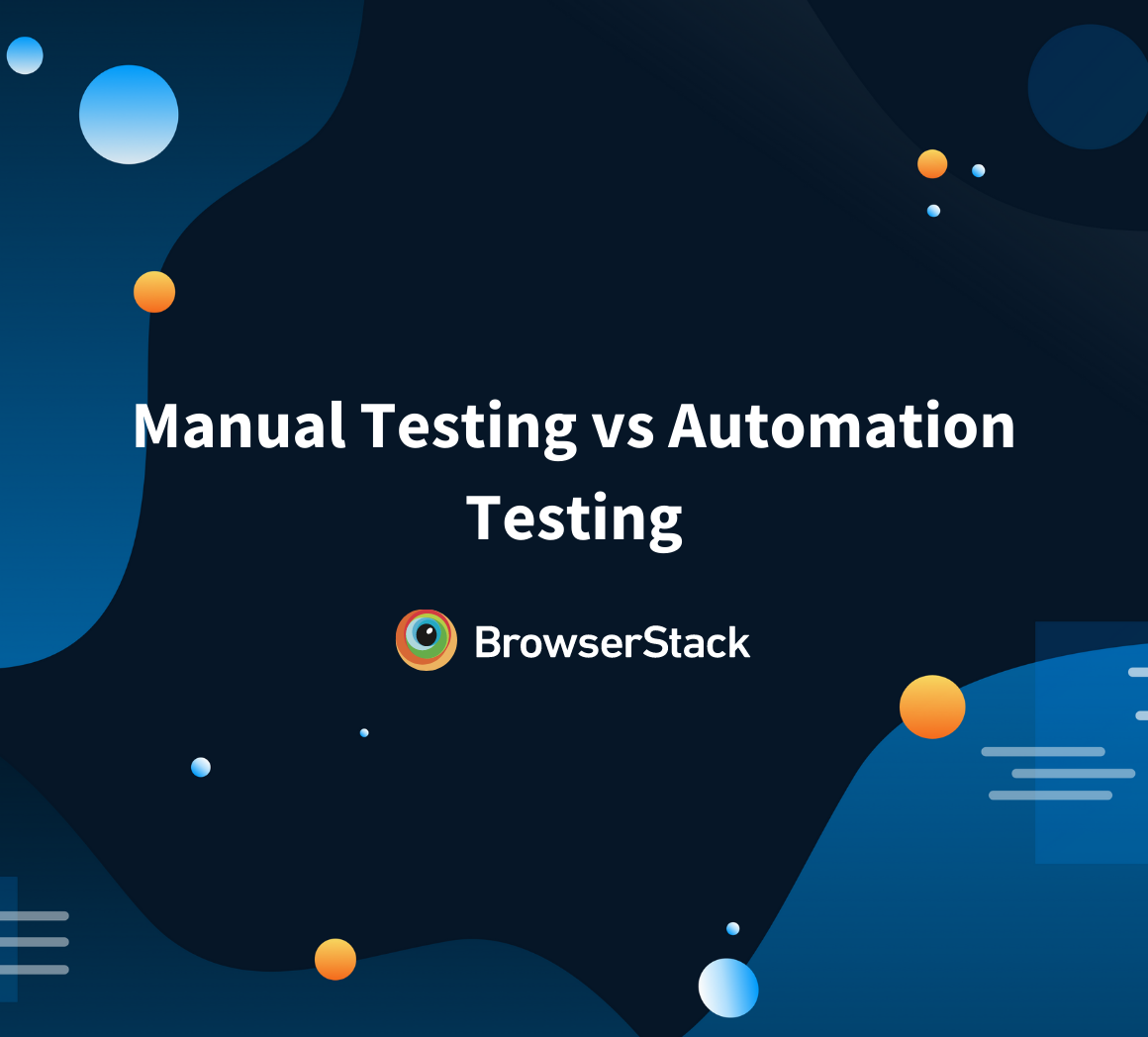