Get Started free
Home Guide Getting Started with Selenium IDE

What is Selenium IDE?

Selenium IDE (Integrated Development Environment) is primarily a record/run tool that a test case developer uses to develop Selenium Test cases. Selenium IDE is an easy-to-use tool from the Selenium Test Suite and can even be used by someone new to developing automated test cases for their web applications. One does not require any special setup to get started with Selenium IDE. You just need to add the extension of your specific browser. Selenium IDE provides you with a GUI (Graphical User Interface) for easily recording your interactions with the website.

Selenium IDE allows a user or a test case developer to create the test cases and test suites and edit it later as per their requirements. The development environment also provides the capability of converting test cases to different programming languages, which makes it easier for the user and does not mandate the need for knowing a specific programming language.

Note: The most interesting part is that earlier Selenium IDE was available only for Firefox users. But now, with the recent version upgrade (3.17.0) on 17th March 2020, the Selenium community introduced a Selenium IDE Chrome Add-on, where-in the same integrated development environment in Firefox, is also made available for Chrome users as well. After entering the base URL for the project, the recording begins, and all the interactions with the website are recorded and categorized into three main categories as shown in the above Screenshot:

There are several features provided in the IDE under the toolbar, using which one can control the execution of test cases:

The features keep on getting eliminated or added depending on the usage of different versions of Selenium IDE extensions.

Recommended read: A detailed guide on Locators in Selenium

Next, let’s understand how commands are written in Selenium using Selenese.

Selenese is the language used to write Selenium Commands. These Selenese commands are then used to test web-applications. Based on the HTML tags of the UI elements, one can check their existence. Commands help Selenium understand what actions or operations to perform.

Learn About Selenium in Detail

How to Install Selenium IDE

To Record and Play Selenium Tests, you can install Selenium IDE in the easy steps given below: Run the JDK Installer by double-clicking on the file name in the download location and following the instructions on the instruction wizard. Alternatively, silently install JDK by entering the following command:

Read More to Learn How to configure Selenium in Eclipse IDE Selenium IDE is one of the most accessible record and play tools in the Selenium Tool Suite, which requires no particular setup. Selenium IDE has add-ons for Firefox and Chrome browsers. Selenium IDE comes with a rich set of commands that are powered by Selenese, and it allows you to record and test different interactions of a web application with the browser. There are also limitations that should be kept in mind before choosing the Selenium IDE. 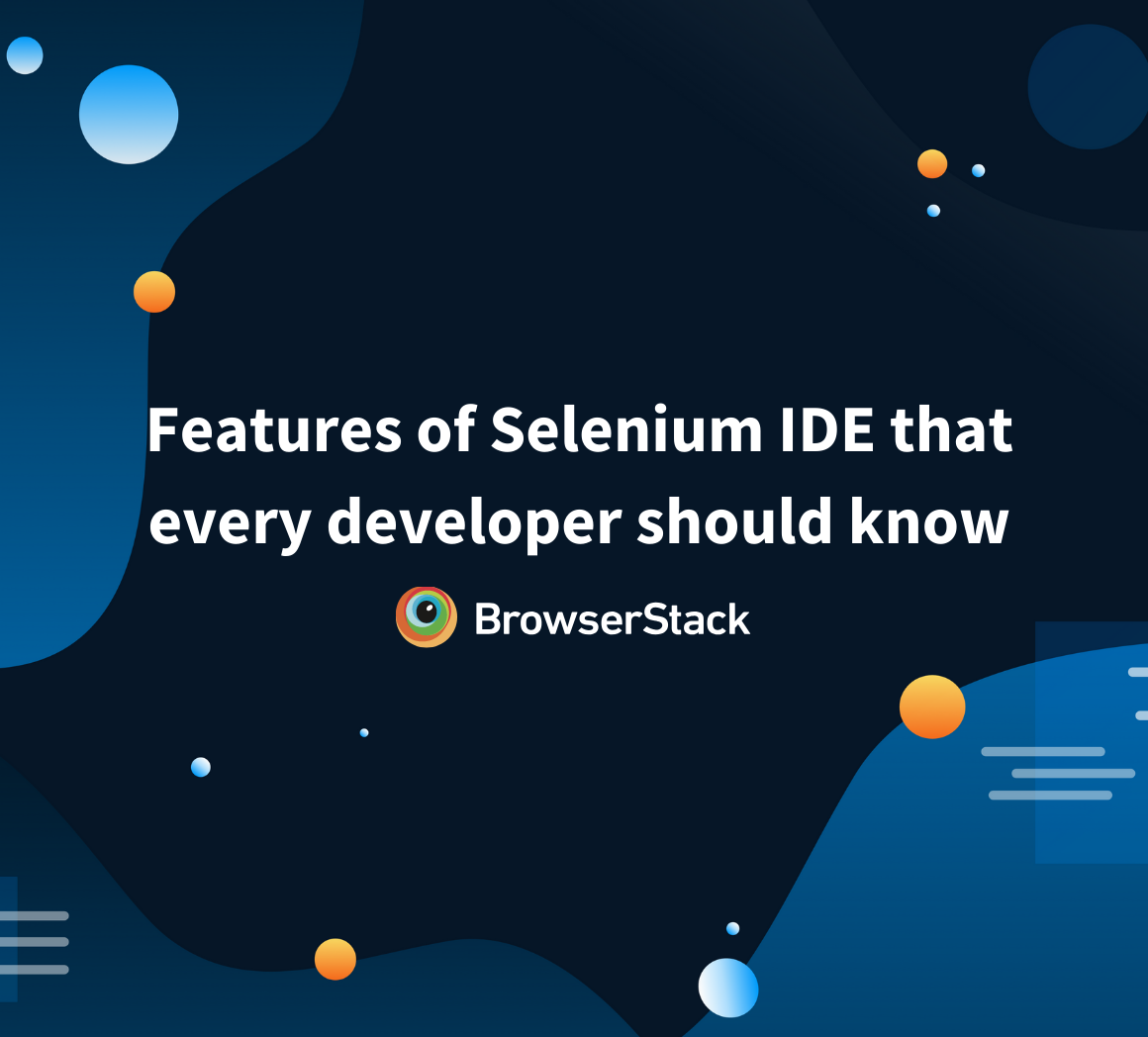 Learn about the features of Selenium IDE that make it one of the most effective tools for automated ... How to handle Action class in Selenium

In Selenium, the Action class is used to replicate and perform user interactions on a website. Learn... Are you getting the most out of automated tests? Can you leverage parallel testing on real devices a...

How to handle Action class in Selenium